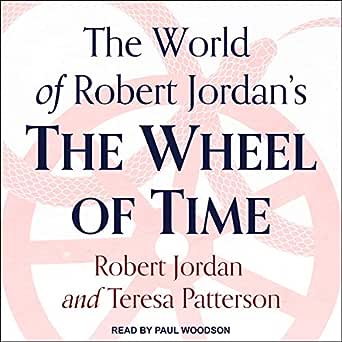 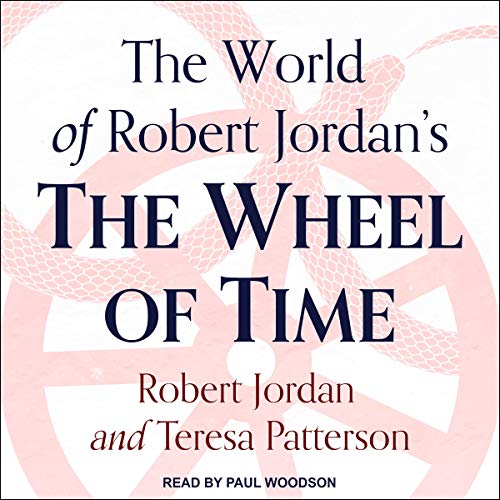 The World of Robert Jordan's The Wheel of Time

4.7 out of 5 stars
4.7 out of 5
228 global ratings
How are ratings calculated?
To calculate the overall star rating and percentage breakdown by star, we don’t use a simple average. Instead, our system considers things like how recent a review is and if the reviewer bought the item on Amazon. It also analyses reviews to verify trustworthiness.

Shireen Boone
5.0 out of 5 stars You must buy this!
Reviewed in Australia on 11 July 2019
Verified Purchase
An absolute necessity for any WoT fan. I’m excited to have this in my collection. Full of fascinating information.
Read more
Helpful
Report abuse

Old Grim's Reviews
TOP 50 REVIEWER
5.0 out of 5 stars A guide book to a lot of backstory for The Wheel of Time
Reviewed in Australia on 23 May 2019
Written from the prospect of a historian in "Randland" The World of Robert Jordan's The Wheel of Time serves as a great book for back story references. There is a wealth of knowledge on display for those who are keen to delve more into the lore of the Wheel of Time on a study level. Jordan also stated, at the time, that the information within is from a canon standpoint, as well.
The sections within are as follows: the Wheel and the Power; the Age of Legends, which includes biographies on the Forsaken, my personal favorite section; the World since the Breaking; the World of the Wheel and Within the Land. Included also is a Narrative Paintings including covers from books 1-8 .
Now some cons: Also included throughout is some awful, awful, artwork, sadly. What this book might of been (at the time) if they had just put more resources into the art. No offence to the artists, its just not up to scratch for the presentation offered.

And in closing: this book was first published in 1997, then released once again with A Path of Daggers cover-art being added to the book (the hardcover version I own), so the series was only halfway completed by time of its release. In 2015 Harriet (Jordan's wife) released an A-Z Companion book with foot note written biographies. So that will have the complete information but it is written, as I said, in a foot note fashion and not in a fluent text/ study historian style like this book I am reviewing here. I just thought it was worth mentioning.
For the Wheel of Time Die-hards, if you can grab the hardcover edition of this book, despite the lack luster art within the information on the Age of Legends and the Breaking of the World is a must have. Maybe with the TV series from Amazon Prime and Sony we can get an updated full complete edition written in the same style, but this is STILL worth being in your collection regardless.
Read more
Helpful
Report abuse
See all reviews

J. Smith
4.0 out of 5 stars Very narrow audience IMO
Reviewed in the United Kingdom on 21 March 2019
Verified Purchase
This is a companion to the Wheel of Time series and fills in a few blanks based on the late Robert Jordans notes. Personally as a devotee, I enjoyed it. Before buying this, be aware -this is NOT a new story, rather a fleshing out of details. Also, I highly recommend finishing the series at least once before picking this up -or else you will end up spoiling it for yourself.

On a disappointing note, a lot of the information within has been reproduced in part on fan-sites and forums, if you frequent these, there may be little for you in this book. Still a good addition to any enthusiasts library.
Read more
3 people found this helpful
Report abuse

a customer
4.0 out of 5 stars Review on "The World of Robert Jordan's...", Hardcover edition
Reviewed in the United Kingdom on 16 October 2012
Verified Purchase
Hardcover edition, Orbit 1997.
A big book (28x22cm, 304pages), glossy paper, many colored pictures. This is a book telling the history of the world of wheel of time, its nations and people, so it is not written in lyrical and poetic language but more like a history book. It's a quite detailed description of this world and the book is densely written. I think reading some wheel of time novels can make this book more accessible.
The book has many colored and some black-white maps, paintings of people, animals, banners. There are some full-page paintings and seven beautiful two-full-page paintings of the cover artwork of some hardcover editions of books of wheel of time. The artist of some other paintings has a kind of modern way to paint, not the classical/romantic style; i guess thats why the negative comments in other reviews.
The hard cover is dark blue colored, with golden letters on the spine only, and a beautiful dust jacket. Overall a very nice edition.
I havent read any of the wheel of time novels so i can not tell if this is a usefull book for fans of this series (other reviews tell that). I bought it because i like to read books telling the history of fantasy worlds, and this one is a book i liked. I give 4 stars for the book because i like classic/romantic style of paintings but if one likes more modern artwork this is more like a 5 star book.
Read more
2 people found this helpful
Report abuse

Shawn Badger Burns
4.0 out of 5 stars World Of Robert Jordan's Wheel Of Time
Reviewed in the United Kingdom on 30 October 2013
Verified Purchase
interesting book on the world of wheel of time.

Jordan wrote the book but considers it outside the canon of the epic story.

I thought it would be interesting given the Hugeness of the story. Being able to look at someone and read they history all on page rather than spread over several novels.

Wendy Salmon
5.0 out of 5 stars A book to add to Wheel of Time Collection
Reviewed in the United Kingdom on 18 January 2021
Verified Purchase
I am big fan of Robert Jordens Wheel of Time saga and this book answered a lot of questions that i have wondered about
Read more
Report abuse

Set M.
5.0 out of 5 stars Awesome
Reviewed in the United Kingdom on 26 July 2020
Verified Purchase
Awesome
Read more
Report abuse
See all reviews
Back to top
Get to Know Us
Make Money with Us
Let Us Help You
And don't forget:
© 1996-2021, Amazon.com, Inc. or its affiliates