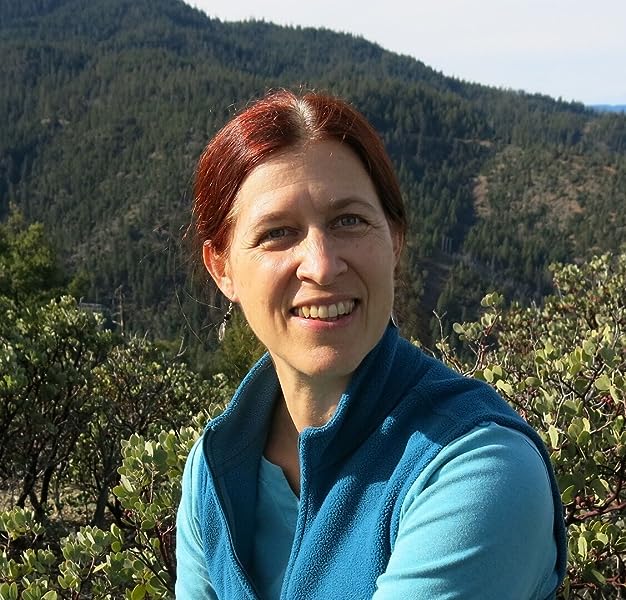 by Larisa A. White (Author)
See all formats and editions
Sorry, there was a problem loading this page. Try again.

"If anybody wants to know what modern Druidry is like, across the world at the present day, then this is the book which provides the answer. It is researched to rigorous standards of academic scholarship, while also allowing Druids to speak in their own many voices, unmediated. No other work brings out so clearly what they have in common, and what distinguishes them between groups and nations. It is an excellent achievement."

Author of "Blood and Mistletoe: The History of the Druids in Britain"

"World Druidry offers a fascinating and unrivalled survey of contemporary Druidry internationally. It is enlightening about attitudes and activities, clarifies dynamic frictions between individuality and community, and traces generational changes. Among many virtues, its inclusion of the many voices of diverse Druids will make this an invaluable resource for researchers and practitioners alike."

"With this book, the written history of Druidry has now entered a fourth stage. The first stage were the writings of antiquity. The second, the personal writings of the Druid pioneers of the late 20th / early 21st Century such as Carr-Gomm, Shallcrass and Restall-Orr. The third, the academic histories of the Druids as revealed by the likes of Hutton et al. Now we have a book which, for me, is probably the most important Druid book in the last 10 years.

The start of the fourth age of Druid literature, as I confidently predict this book will come to represent, discloses how Druidry is actually practiced by its 21st Century adherents. Using questions formulated in conjunction with many leading Druid figures, Larisa A White delves into the "what, how and why" of the Druidry practised by modern day Druids from around the World.

Using statistical analysis, the results can be surprising but for me, it is the disclosure of the common practice amongst the, often, solitary practitioners from very often completely different backgrounds, that point to how the shape within the modern world of Druid practice currently lies.

Easy to read and full of the personal, and in some cases, necessarily anonymous responses from Druids around the world, this is a book about the lived experiences of Druids today. It shows and explains both concisely and statistically the commonalities between distant practitioners, geographically close groupings and the wider Druid organisations.

For someone who is active in interfaith such as myself, this book will be a great toolkit with which to refer to when, in discussions, the inevitable 'what Druidry actually is, and how it is practiced' questions arise from time to time within the national UK interfaith setting.

"This is a fantastic resource showing the diversity of views and practices among Druids today. Larisa White's World Druidry survey has found Druids engaging with their environments in Europe, the US, Australia, South America and in many other locations with some surprising commonalities as well as differences. This volume is invaluable for anyone interested in finding out more about contemporary Druids."

Larisa A. White, M.S.Ed., Ph.D. (née Larisa Naples), is an author, educator, and independent scholar with 30 years' combined experience in mixed-methods sociological research, curriculum design, educational program evaluation, and teaching. She is the founder of Quercus Academy, where she currently teaches. Her research activities focus on the neurobiology of learning, the ways in which people learn, grow, and change under the influence of changing educational contexts and cultures, and the sociology of contemporary, nature-based religions. In her free time, she works on ecological restoration projects in the Coast Range Mountains of California.
Tell the Publisher!
I’d like to read this book on Kindle