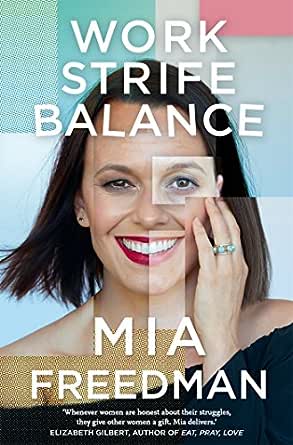 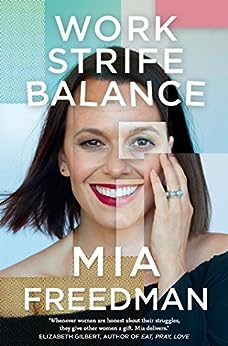 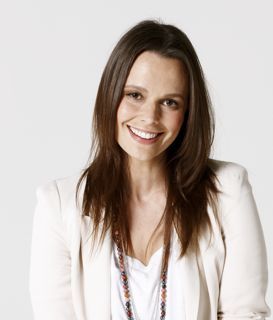 Mia Freedman is a writer, broadcaster, author, columnist, a former editor-in-chief of Cosmopolitan, TV executive... and a digital empire builder. Mia is the co-founder and creative director of the Mamamia Media Company, Australia's largest women's digital media and podcast company with more than 100 employees in five global offices and a monthly audience of millions. Mia is the host of two podcasts, makes regular appearances on TV and radio, and is the author of four books. She is married with three children and lives in Sydney. Her wheels fall off regularly.

Melanie Woolnough
4.0 out of 5 stars Great read
Reviewed in Australia on 25 May 2017
Verified Purchase
Feeling more balanced already!
Big fan of Mia's and it hasn't disappointed - little repetitive in parts, but probably as I've listened to all of her podcasts and some of her stories rehashed in the book
Read more
Helpful
Comment Report abuse

Amazon Customer
5.0 out of 5 stars Real. Practical. Funny. Brilliant
Reviewed in Australia on 8 July 2017
Verified Purchase
Thoroughly recommend this book to all mothers/women out there. Bloody brilliantly. Thank you Mia - you wise woman you. Loved it and was sad when the book finished. Think i will re-read.
Read more
Helpful
Comment Report abuse

Trudie Muir
5.0 out of 5 stars So many 'Yes' moments!!
Reviewed in Australia on 17 May 2017
Verified Purchase
This book blew me away couldn't put it down. Brilliantly written, raw and empowering. I would recommend it to anyone all generations and to Mia thankyou x
Read more
Helpful
Comment Report abuse

Ellen E Flint
1.0 out of 5 stars Not my cup of tea
Reviewed in Australia on 17 September 2017
Verified Purchase
Avoid if you find 'over sharing' isn't your thing. Mia freedman says she has no filter - I wish she had just a little.
Read more
Helpful
Comment Report abuse

Anne Yates
5.0 out of 5 stars This book is rich with experiences and advice for women.
Reviewed in Australia on 22 June 2017
Verified Purchase
I loved the humour and total honesty in Mia's writing. I found this book uplifting and valuable especially for women.
Read more
Helpful
Comment Report abuse

Deborah Cook (@ Debbish dot com)
TOP 500 REVIEWER
4.0 out of 5 stars The structure was a little repetitive and random but I loved Freedman's warm and witty writing
Reviewed in Australia on 5 May 2017
I don't usually read non-fiction. Indeed, I usually don't touch it with a ten foot pole. However... sometimes I find myself stretching out of that comfort zone (as I've done recently in relation to romance and historical fiction).

And although I'm not entirely sold on the structure of the book, I LOVE Freedman's writing. Like, LOVE love it.

As is obvious from the title, Freedman's talking about the old 'work / life balance' chestnut. Utopia. The pot of gold at the end of the rainbow. First division of gold lotto and similarly unattainable goals.

“Work-life balance is like thigh gaps. It's yet another rotten external pressure women are putting on ourselves. Another impossible standard against which we're measuring ourselves and our lives. And for what?” p 332

I've not read Freedman's previous work and what surprised me the post is that she'd not covered any of this earlier. Although she doesn't talk a lot about her magazine roles, we kinda kick off with the fallout from her short stint in television.

Freedman then goes into detail about the establishment of Mamamia - starting off with the website which she wanted to be a voice of reason and inspiration for women - a huge gap she saw in the market - and from those early struggles to the building of a media empire of sorts.

As someone who floats on the outside of that world I liked that she didn't shy away from some issues which often get raised when she, or Mamamia come up - namely paying of interns, clickbait-y headlines and her moderating of comments on the site.

However, I mostly liked that Freedman tells it like it is. Her writing is hugely accessible, engaging and often wittily self-deprecating. I loved it and it was as if I was talking to a friend. In fact, in writing this I kept thinking I was trying to recall a conversation, rather than words on a page.
Read more
Helpful
Comment Report abuse
See all reviews from Australia

sarah wayland
1.0 out of 5 stars Poorly executed working memoir
Reviewed in the United States on 5 September 2017
Verified Purchase
Poor reflection of the complexities of working and living from a feminist perspective. I didn't finish it.
Read more
Helpful
Sending feedback...
Thank you for your feedback.
Sorry, we failed to record your vote. Please try again
Report abuse

Penelope Downy
4.0 out of 5 stars The Modern Woman's 'How To' Instruction Manual
Reviewed in the United States on 5 October 2017
Verified Purchase
An often hilarious must read for any woman who even attempts to 'have it all'!
Read more
Helpful
Sending feedback...
Thank you for your feedback.
Sorry, we failed to record your vote. Please try again
Report abuse