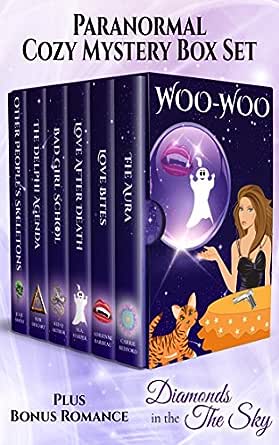 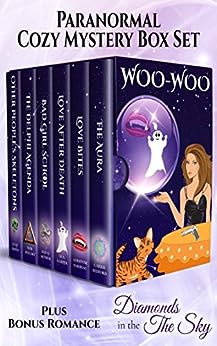 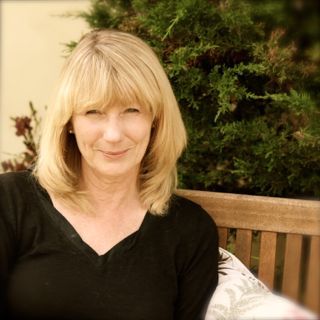 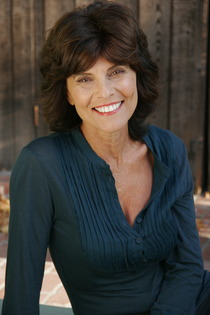 4.2 out of 5 stars
4.2 out of 5
70 global ratings
How are ratings calculated?
To calculate the overall star rating and percentage breakdown by star, we don’t use a simple average. Instead, our system considers things like how recent a review is and if the reviewer bought the item on Amazon. It also analyses reviews to verify trustworthiness.

Mrs. S. Holland
1.0 out of 5 stars Boo
Reviewed in the United Kingdom on 19 March 2019
Verified Purchase
Really tremendously sorry but I found the entire collection really boring and very hard to get into. I love paranormal style books as a rule but as I said I found this collection tion boring. Very sorry to the authors.
Read more
Report abuse

Kindle Customer
5.0 out of 5 stars Over all a bunch of very good reads
Reviewed in the United States on 26 November 2017
Verified Purchase
Adriene's follow up book in this set is worth the whole thing! If you love a good mystery and some vampire drama, this is for you! She also sets the scene with some pretty big old hollywood stars! Most excellent!
My second favorite in the set was Bad Girl School. Julie Smith should have released it as a stand alone and there needs to be a follow up book. A magic school and a magic cat, plus time travel and some history lessons included. Very good read!
There was one book that I can not remember the name of that I was NOT a fan of but you may enjoy it. It is about a family that is haunted by a dead husband, it was very difficult for me to follow and did not fit in with these books in my mind.

R Grisham-Whitehouse
3.0 out of 5 stars Some better than others
Reviewed in the United States on 12 December 2017
Verified Purchase
The first book about aura is great, needs work but definitely a keeper. After that it's downhill. Some have potential but aren't exactly paranormal more weird romance.
Read more
11 people found this helpful
Report abuse

JessicaR
2.0 out of 5 stars Not what I hoped for
Reviewed in the United States on 17 July 2020
Verified Purchase
A little more harsh, maybe closer to urban fantasy than "cozy". I generally like both genres but I finished only the first 3 books and didn't go back. It's undoubtedly unfair to classify all the stories as being as uninteresting as those first 3 but I just couldn't sum up the will to go on when there are so many other good books to read that I have more likelyhood of enjoying.
Read more
2 people found this helpful
Report abuse

Kindle Customer
5.0 out of 5 stars Wonderful stories!
Reviewed in the United States on 16 March 2018
Verified Purchase
Who looks for spelling errors when reading great cozy stories with a bit of the paranormal involved? Each and every story was very well written, with just the right amount of interest and edge of the unusual happenings we call paranormal. I truly was enjoying reading all of this collection.
Read more
4 people found this helpful
Report abuse
See all reviews
Get FREE delivery with Amazon Prime
Prime members enjoy FREE Delivery and exclusive access to movies, TV shows, music, Kindle e-books, Twitch Prime, and more.
> Get Started
Back to top
Get to Know Us
Make Money with Us
Let Us Help You
And don't forget:
© 1996-2020, Amazon.com, Inc. or its affiliates