Wonderland and over 1.5 million other books are available for Amazon Kindle . Learn more
Share <Embed> 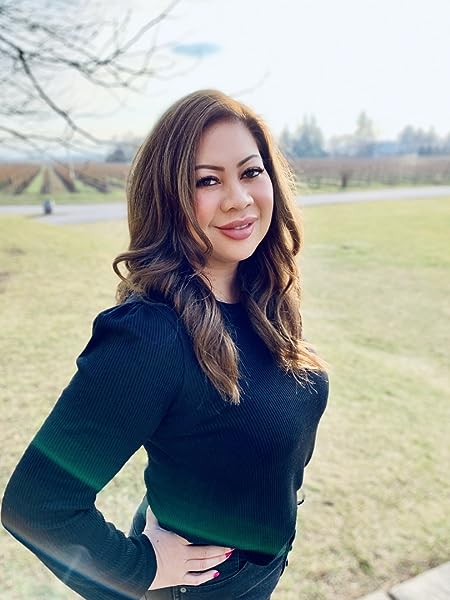 Page 1 of 1 Start overPage 1 of 1
Previous page
Next page
Start reading Wonderland on your Kindle in under a minute.

Jennifer Hillier made her fiction debut with Creep, and is now the author of six psychological thrillers. Originally from Canada, she spent eight years in the Pacific Northwest before returning to the Toronto area, where she lives with her husband and son. Visit her on the web at JenniferHillierBooks.com.

4.4 out of 5 stars
4.4 out of 5
216 global ratings
How are ratings calculated?
To calculate the overall star rating and percentage breakdown by star, we don’t use a simple average. Instead, our system considers things like how recent a review is and if the reviewer bought the item on Amazon. It also analyses reviews to verify trustworthiness.

Karen Pearce
5.0 out of 5 stars Great book
Reviewed in Australia on 20 February 2021
Verified Purchase
Another great book from Jennifer Hillier, lots of twists and turns along the way
Read more
Helpful
Report abuse
See all reviews

Kindle Customer
5.0 out of 5 stars Wonderful
Reviewed in the United Kingdom on 15 June 2017
Verified Purchase
Just read all three of Jennifer's books back to back and put her books and writing style up there with the top authors. Fantastic reads. Great yourself to total class. Brilliant.
Read more
Report abuse

NZLisaM
5.0 out of 5 stars A+
Reviewed in the United States on 25 June 2018
Verified Purchase
Now I can’t decide which Jennifer Hillier book I like better, ‘Jar of Hearts’ or ‘Wonderland’? I think this one wins by a smidgen as I’m a long time fan of novels featuring amusement parks, carnivals, circus, etc where people are disappearing, and frightening things are happening – whether it’s crime, horror, sci-fi, or fantasy. In ‘Wonderland’ there’s a pretty disturbing Clown Museum with a porcelain doll room called the Dollhouse, rumoured to have dungeons and tunnels beneath it – eek! It’s strictly crime/mystery/suspense though, no supernatural happenings. This one isn’t quite as graphic as ‘Jar of Hearts, but there is still violence, including sexual violence, sex scenes, and bad language, so for those that prefer a tamer read you may want to skip this one, or perhaps skim over those parts.

Regarding the crime plot, I was so fixated on who I had convinced myself the murderer was, that the actual murderer totally escaped my notice. Love it when that happens. And there were plenty of suspects to choose from – this was definitely a small town with a lot of bad people of varying degrees. I really enjoyed the main character, the new Deputy Chief of Police, Vanessa, and would be more than happy for her to feature in a future book.

I also must rave over the cover art – so creepy. And there’s a really cool amusement park logo, complete with Ferris Wheel and Roller Coaster, under each chapter heading as well.

You might want to read ‘Creep’ and ‘Freak’ beforehand, as a character from those books makes a cameo appearance in this one. I wish I had of known as a small spoiler was unfortunately revealed to me. I enjoyed the character though, so still looking forward to delving into those books.

I highly recommend ‘Wonderland’ to those who enjoy darker crime novels. Jennifer Hillier is fast becoming a top author of mine.

Rachel Kramer Bussel
5.0 out of 5 stars Totally gripping
Reviewed in the United States on 22 February 2019
Verified Purchase
I've now read all of Jennifer Hillier's books and this one is my favorite (though I liked them all). Wonderland is set around an amusement park called Wonderland that has a sordid history of sexual abuse by the founder, a history that hasn't quite gone away. Young male Wonder Workers have been disappearing, and the whole enterprise has plenty of layers of suspicion, which Vanessa Castro is charged with getting to the bottom of. Her teenage daughter, Ava, is also working at Wonderland and trying to flirt and get non-boring jobs. With some fascinating villainous characters, an insular setting where corruption has reigned for a long time, and very tight writing, this is a fascinating thriller that I recommend to anyone looking for a mystery or thriller to keep them up at night. Even though it's fictional, next time I'm at an amusement park I'll be looking over my shoulder. That's how disturbing (in a good way) this book is.
Read more
2 people found this helpful
Report abuse
See all reviews
Back to top
Get to Know Us
Make Money with Us
Let Us Help You
And don't forget:
© 1996-2021, Amazon.com, Inc. or its affiliates