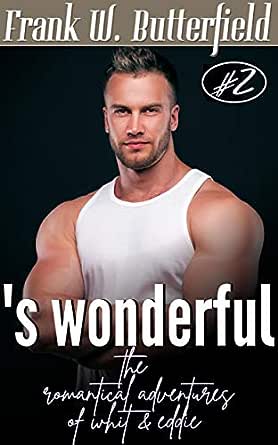 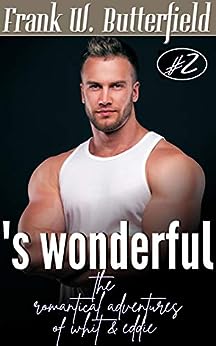 Howdy! I'm Eddie Smith and this is the story of my second romantical adventure with my new boyfriend, Whit Hall.

Well, we're back in Daytona Beach and have been for about five weeks. After everything went down with Whit's family in East Texas, it sure has been nice just to be here, getting to know each other more and more every day. Mostly, we've been watching old Perry Mason episodes on DVD and eating lots of pizza. But Whit has been going to the gym every day. I go too... Sometimes...

Anyway... We woke up this morning and were both freezing! We just had a cold snap. They're rare in North Central Florida, but they do happen. And, on top of all that, the heater has gone out. But, cuddled up next to Whit is keeping us both warm, so I guess it might be not so bad.

You know how weird it is when you thought someone was dead but then you find out they aren't? Kinda freaky, right?

Well, that's what's just happened. See, there's this guy who used to be a private detective here in town with his husband who was an attorney. And that was way back in the day. They left Daytona in the 50s and moved down to Fort Lauderdale. I think they were required to do so by the gay committee or something like that.

Anyway, I just got a call from a guy who says that Ronnie Grisham (he's the private eye I mentioned) is not only alive, but he's living in a big house over on the beachside. Not only that, he's 102 years old and he wants to see me. Wow!

Whit and I are on our way over right now. I have a feeling something big is about to go down.

I can't wait to find out what happens next!

Ulysses Grant Dietz
4.0 out of 5 stars A newly-out pro-football player and a life coach from Florida - what could possibly go wrong?
27 August 2019 - Published on Amazon.com
Verified Purchase
The Whit & Eddie series breaks the fourth wall created in the vast Nick & Carter series. Frank Butterfield has a quirky, artless kind of writing style – unpretentious, readable, and somehow realistic in an oddly intimate way. There are interesting ticks in his prose – the way he describes every person his characters encounter, as well as clothing and food. Before long, this becomes a kind of comforting rhythm, part of what draws you into stories that are just as odd as Nick and Carter’s adventures, which in fact they seem to parallel, or echo.

Whit Hall is a huge, handsome retired pro-football player. Eddie Smith is an older, shorter, bear of a guy, who happens to have the ability to channel Nick Williams, Carter Jones, and even great-uncle Paul Williams. You’d think this “paranormal” skill would make this series strange, but (at least for people like me) it doesn’t at all. Even as I continue to read my way through Nick and Carter’s story (up to book 32 now), I embrace Whit and Eddie’s stories as contemporary avatars of the earlier generation.

A lot happens in the space of a short amount of time in “S’Wonderful,” and I admit to feeling that the ending was rather abrupt and slightly random. Not that it was bad, just sort of “I think I’ll end it here.” That in no way lessened my enjoyment of this high-speed romance. The parallel plot arcs of this story are the aftermath of Whit’s coming out, and the development of their relationship. The former parallels Nick Williams’ historical altercation with George Hearst back in the ‘fifties. The relationship stuff is unique to this series and deals with issues recognizable to many gay men today.

Unlike Nick and Carter, who are fictional pioneers whose job it is to reveal to us the bad old days, Whit and Eddie are a modern couple under somewhat peculiar circumstances. OK, really peculiar circumstances. Their age difference, their physical differences, their different life experiences – these are the challenges they face. Yes, homophobia, evangelical Christianity, international politics, are all things that they need to deal with, but it is a modern world, and thus easier to negotiate. The gentle pleasure of Butterfield’s storytelling is the little things that Whit and Eddie find out about each other every day, and the self-understanding that each of these two men must achieve to keep moving forward.

Whit is someone I can understand; having made his decision (thanks to nudging from Nick’s heirs, Mario and Bob) he is moving ahead at full speed. Having struggled in vain for his whole life, he knows what he needs and wants to do. Eddie, on the other hand, has led a calmer life, even if it has been full of travel and a certain amount of emotional trauma. He is older and more experienced than Whit, but at the same time unsure of himself in ways that Whit is not. It is fascinating to see this story unfold through Eddie’s eyes.

I have the next installment on my Kindle already. It’s such fun to see these two live their lives as I do my best to live my own.

Geoff Whitwell
5.0 out of 5 stars Let the adventures continue
9 June 2019 - Published on Amazon.com
Verified Purchase
I love the way this book combines the lives of Nick and Carter, Ronnie and Tom, with Whit and Eddie who this series is about.
I also really like how the complexity of the characters develop whilst all wrapped up in “can’t put this book down” story. There is absolutely nothing I can find to dislike about the book. Another gem from Frank Butterfield.
Read more
One person found this helpful

Amazon Customer
5.0 out of 5 stars I Love This Series!
8 June 2019 - Published on Amazon.com
This is officially my new favorite series. Although I live for EVERYTHING this author writes, I cannot say enough about how good his new books are. I am over the moon with the lead character Eddie. He is your perfect "every man" with all the whit, humor, misgivings and confidence (or sometimes lack thereof) that we all have and sometimes struggle to find. He is perfectly relatable and that somehow makes it easy to see him shine as an everyday hero. I absolutely encourage you to pick up any book this author has written if you are not already one of his avid readers but 100% do not hesitate to start this series in particular. You will become an instant fan!
Read more
2 people found this helpful

Leigh
5.0 out of 5 stars Yay! More Eddie and Whit!
6 June 2019 - Published on Amazon.com
This is a wonderful book. I'm really loving this series. Eddie and Whit's relationship is changing and growing, we learn a lot about Whit's backstory, there's some lovely hookups with characters from other series -- it's just an all around great read.
Read more
2 people found this helpful

Chicano
5.0 out of 5 stars Great fun
29 June 2019 - Published on Amazon.com
I love Butterfield's story telling. His characters traverse through life in a combination of la vie en rose, Walter Mitty, a gay Hugh Hefner with a kind and loving heart... supported by Q's tech backing them up. This episode shows Whit and Eddie though only 6 weeks in are deeply in love... and both are simultaneously head over heels and fearful their love is too god to be true... they meet one of Nick and Carter's friends who is 102 years old and travel to Kiev... and oh, by the way buy a new home.
Read more
Go to Amazon.com to see all 7 reviews 4.8 out of 5 stars
Get FREE delivery with Amazon Prime
Prime members enjoy FREE Delivery and exclusive access to movies, TV shows, music, Kindle e-books, Twitch Prime, and more.
> Get Started
Back to top
Get to Know Us
Make Money with Us
Let Us Help You
And don't forget:
© 1996-2020, Amazon.com, Inc. or its affiliates