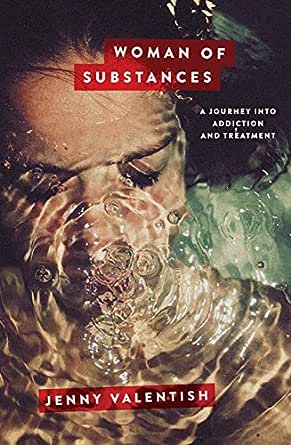 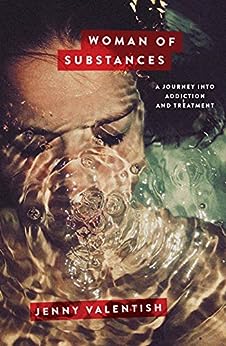 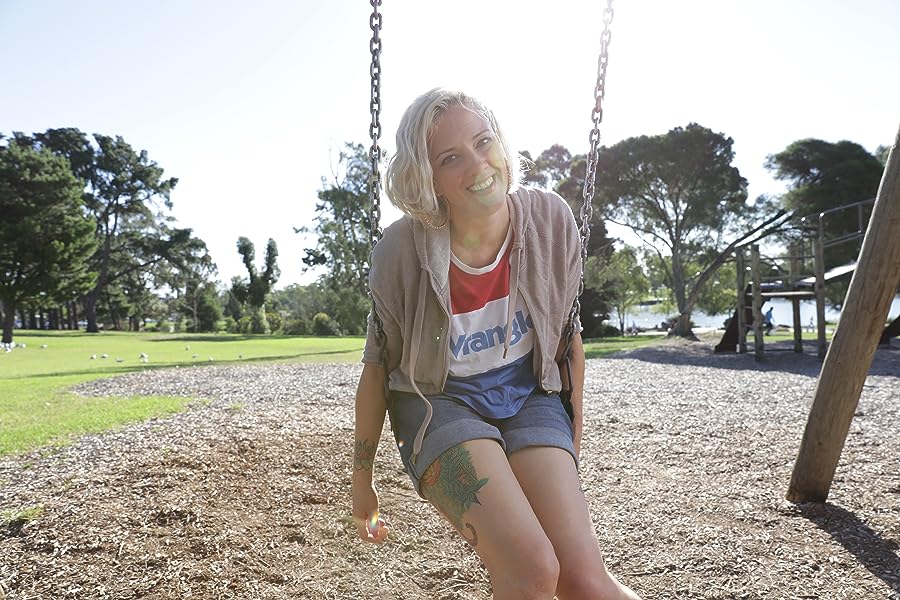 Woman of Substances: A Journey into Addiction and Treatment Kindle Edition

Woman of Substances is an insightful, rigorous and brutally honest read. --This text refers to an alternate kindle_edition edition.

Jenny Valentish is a regular contributor to the Sydney Morning Herald and the Saturday Paper, and former editor of Time Out Melbourne and Triple J's Jmag. She grew up in Slough, a satellite town of London, and moved to Australia in 2006. She quit drinking in 2009, which sparked a desire to explore the drives behind addiction. She has a graduate certificate in Alcohol and Other Drugs from Turning Point/Monash University. --This text refers to an out of print or unavailable edition of this title.

"Woman of Substances will resonate with women readers who have never really questioned the role that patriarchy has played in their drinking habits." --Vice

"Employing expert interviews and research, each rich personal episode is contextualised within the under-examined issue of women's substance abuse. Detailed, insightful and told with a feature writer's narrative flair." --Bookseller and Publisher

Snapdragon
TOP 10 REVIEWER
5.0 out of 5 stars Really important book
Reviewed in Australia on 9 September 2018
Verified Purchase
This is a terrific book for anyone with substance abuse issues, particularly if that person is a woman. As Jenny Valentish explains, research is a male-dominated field and a lot of substances affect female bodies differently. Interspersed with high quality info from a lot of professionals is the tale of her own addictions: the triggers that drove them, the behaviours that resulted, and what happened after she quit alcohol. It’s an inspiring and impressive read. Along with Johan Hari (Chasing the Scream) she makes an excellent case for better, different and more rehab opportunities, so it’s a great read for policy makers as well. Not that we expect suddenly enlightened governments to start flinging money in that direction anytime soon. It’s straight forward and easy to read, as you’d expect from a good journalist, and very, very meaty. Highly recommended.
Read more
Helpful
Comment Report abuse

Rachel Northcott
5.0 out of 5 stars A great read
Reviewed in Australia on 7 July 2017
Verified Purchase
Memoir neatly intertwined with non-fiction. It was an enjoyable and engaging read that never lost my interest. Definitely worth reading.
Read more
Helpful
Comment Report abuse

J. P. O'donnell-young
5.0 out of 5 stars An important book
Reviewed in Australia on 28 January 2018
Verified Purchase
A brutally honest and incredibly important book - I hope it is the start of some much needed change.
Read more
Helpful
Comment Report abuse

Andrew McMillen
4.0 out of 5 stars This is a great work of journalism that deserves to be read and considered widely.
Reviewed in Australia on 28 June 2017
British-born, Australia-based journalist Jenny Valentish was due to meet with a book agent after pitching a project about women and addiction in 2008. She got blind drunk in anticipation of a book deal and missed the meeting. A year later, she had quit drinking and pitched it to another agent. "She wanted a memoir, and I wanted answers," she writes in the book's opening pages. "Why am I governed by impulsivity? Why the constant restlessness? Why that urge to always press the big red button, even when it flies in the face of common sense?"

After waiting a few years to get some distance on her decision, Valentish – whose last book was a novel, 2014's 'Cherry Bomb' – again broached the subject with the idea of writing about drugs and alcohol in the form of a research/memoir hybrid. The approach she takes here is a winner, and 'Woman of Substances' is a highly original and consistently compelling take on addiction, which "isn't gender neutral", as she notes near the end of the book. "If this isn't reflected in research, treatment and policy, then a huge chunk of the intended demographic will not receive appropriate support."

Threaded through the narrative is Valentish's own addiction story, which starts at age seven, before she picks up a drink or drug, when something terrible happens to her. "The moment that shame hotwires my brain" is how she describes it, "and then my treacherous gender continues to define every step into the abyss." She begins self-medicating at a young age and pursues excess in all forms. These first-person accounts are riveting, and help to keep up the momentum as Valentish plays detective on her past life to pinpoint how certain events led her down that path by speaking with a range of scientists and researchers.

"I'm lucky," she notes near the end. "While 'Woman of Substances' isn't exactly a beach read, my experiences only skirt the edges of awful possibility. With my drug use I was just a tourist, albeit the type that overstays their visa." Her tone is wry throughout, as shown with quips such as this: "You quit drinking to stop being a selfish person, then enrol in a twelve-step program of self-scrutiny for the rest of your life." Not a beach read, perhaps, but an important one; this is a great work of journalism that deserves to be read and considered widely.
Read more
One person found this helpful
Helpful
Comment Report abuse
See all reviews

Magpie Mind
5.0 out of 5 stars Gripping and informative
Reviewed in the United Kingdom on 17 June 2018
Verified Purchase
I am not generally a fan of addiction memoirs, so I was hesitant about this one; I'm glad I took a chance on it because it is a gripping and informative read. Valentish writes with clarity and honesty, never wallowing in misery or portraying herself as a victim. Her outrage at the gender bias in research and treatment is genuine, but rather than ranting or resorting to polemic she simply exposes and explains the bias and its consequences. Highly recommended for anyone interested the causes and/or treatment of addiction, and for anyone who needs confirmation that we are not defined by what other people do to us.
Read more
2 people found this helpful
Report abuse

Amazon Customer
5.0 out of 5 stars Informative, non judgemental and funny. Recommended.
Reviewed in the United Kingdom on 7 July 2018
Verified Purchase
I work in adult mental health and I initially read this book with my job in mind but found myself thinking about myself and the people around me socially and what impact our habits and addictions have on us. It was especially interesting for the focus to be on how addictions affect women’s health particularly and the stigmas surrounding it.
Read more
3 people found this helpful
Report abuse

Sarah Hrybyk
5.0 out of 5 stars Excellent
Reviewed in the United Kingdom on 23 December 2019
Verified Purchase
I read this book with fascination and horror. A hopeful message for those affected by alcohol or drugs, but also a great insight into the female perspective. Very highly recommended.
Read more
Report abuse

Miss J Pounder
5.0 out of 5 stars Thought provoking
Reviewed in the United Kingdom on 21 February 2018
Verified Purchase
Very in-depth look at addiction m. On my own journey I find the relationship between hormones and alcohol invaluable. Really good book all women (and men) who are trying to cut back or quit should read it
Read more
One person found this helpful
Report abuse

ej
5.0 out of 5 stars Informative and a damn good read
Reviewed in the United Kingdom on 7 October 2020
Verified Purchase
An excellent look at women and addiction / substance misuse. I found this book fascinating and informative as well as being a damn good read.
Read more
Report abuse
See all reviews
Get FREE delivery with Amazon Prime
Prime members enjoy FREE Delivery and exclusive access to movies, TV shows, music, Kindle e-books, Twitch Prime, and more.
> Get Started
Back to top
Get to Know Us
Make Money with Us
Let Us Help You
And don't forget:
© 1996-2020, Amazon.com, Inc. or its affiliates