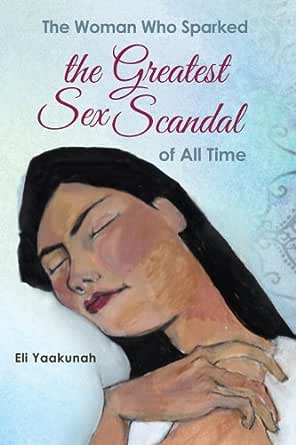 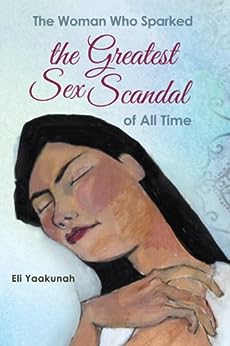 The Woman Who Sparked the Greatest Sex Scandal of All Time: (Complete and Unabridged) Kindle Edition

Hi, I'm Eli Yaakunah. You can get to know me and my story, if you want, through my work. I am `The Woman Who Sparked the Greatest Sex Scandal of All Time.' --This text refers to the paperback edition.

2.9 out of 5 stars
2.9 out of 5
18 global ratings
How are ratings calculated?
To calculate the overall star rating and percentage breakdown by star, we don’t use a simple average. Instead, our system considers things like how recent a review is and if the reviewer bought the item on Amazon. It also analyses reviews to verify trustworthiness.

Francis James Franklin
5.0 out of 5 stars Ishtar and the Written Reality
Reviewed in the United Kingdom on 17 October 2014
Verified Purchase
This is a Sci-Fi novel painting a clear picture of a dystopian society with echoes of Brave New World and 1984, though not quite as absolute. This is, ultimately, a thriller rather than an allegorical deconstruction of modern society, though there are elements of that too. Given that the novel is all about censorship and media control, it's a little ironic that the novel itself has run into publishing difficulties (see Denounce Censorship) and was consequently re-published `slightly abridged by removing the explicit descriptions of sex scenes' in 2014 (both versions are available from Amazon).

The writing is beautiful, erotic, poetic, intense, imaginative, intelligent - and gripping enough that I could barely put it down. The author/narrator is Ishtar, named for the goddess of love, war and sex. The gods of this future dystopia are the creators of reality. They are the elite who have absolute control of the media, and the reality that is represented there. Ishtar is a part of that, and at the beginning of the novel she is a writer of news stories that blend sex and monsters - news that people enjoy reading, and therefore more real than reality. When a promotion elevates her to the realm of the upper elite, and takes her away from a man that she has started to love, she begins to understand how the grand conspiracy that she is a part of is in truth a system of profound injustice, and her eyes are slowly opened to the real world.

I do have some complaints: The title certainly catches the eye and has some relevance to the book, but it's also a little misleading; I might prefer `Ishtar and the Written Reality', perhaps. Also, I am confused about when in the timeline the kiss in the park took place, and the device that the plot resolution hinges on is a little absurd... But these are all minor issues. Ultimately, this is one of the most delightful books I've ever read.
Read more
One person found this helpful
Report abuse

YeahYeahNoh
4.0 out of 5 stars A sci-fi dystopian future ideal for would-be conspiracy theorists!
Reviewed in the United Kingdom on 22 September 2014
Verified Purchase
A novel set it a dystopian future, where the media is, unbeknownst to most, not only the reporter, but also the maker of news.
Ishtar Benten is promoted from her job at the agency, where she had been writing (fictitious) news stories, to the department writing scripts.
I found this difficult to warm to initially, perhaps not knowing quite what to expect. The sexual content is heavily descriptive rather than graphic, but might not be to all tastes - however it is a part of the character around whom the novel is based. Beneath that though we have a book full of literary and media references, with homages to many, but firmly set in the future in which the story takes place. Ishtar comes to realise that the system for which she works needs to be undone, and through a series of contacts finally formulates a plan.
Compelling stuff, getting better as the book goes on, and a brilliant way to end the book too.
Read more
One person found this helpful
Report abuse

The thriller elements needed a higher concentration in my view and what there was was not that thrilling.

J Heath
1.0 out of 5 stars Does not live up to expectations
Reviewed in the United States on 22 January 2017
Verified Purchase
My life is too short to bother finishing this book. It was sold as a dystopian novel and likened to Orwell, Huxley and others. It is very pale in comparison to these writers. I do not usually write reviews because I don't like to undermine the efforts of writers, but the description is a poor reflection of the content.
Read more
2 people found this helpful
Report abuse
See all reviews
Back to top
Get to Know Us
Make Money with Us
Let Us Help You
And don't forget:
© 1996-2021, Amazon.com, Inc. or its affiliates