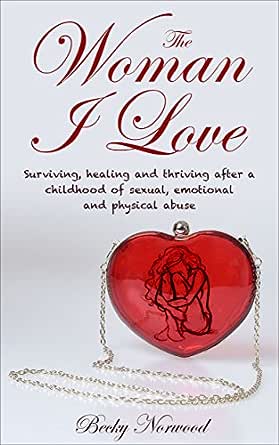 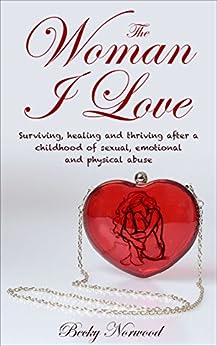 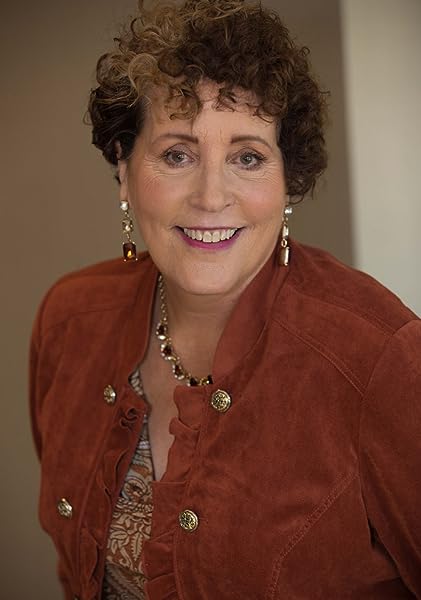 The Woman I Love: Surviving, Healing and Thriving After a Childhood of Sexual, Emotional and Physical Abuse Kindle Edition

JEF
5.0 out of 5 stars I'm a better man for reading, "The Woman I Love"!
Reviewed in the United States on 3 November 2016
Verified Purchase
A close friend's digital magazine, "Easy Breezy Way", highlighted Ms. Becky Norwood and her book, "The Woman I Love". Upon reading what the book was about, mental and physical abuse of a woman, I took a chance and decided to buy it.

I'm a 65 year old man who grew up in a very dysfunctional and abusive family. Though the book is small and not a long read, it released over 50 years of anger and sadness. At the same time, I was overcome with a sense of overwhelming forgiveness! My mother was married at the age of 14 years old to my father, who at the time was 36 years old. My, abruelita (grandmother), my mother's mother came with the marriage. By the time she was 21, the family grew by 5 children, me being the second oldest. I grew up being raised by my grandmother who spoke no English and at times, by my mother yearning to be a teenager and trying to learn how to be a mother and a woman at the same time This was a recipe for disaster!

My childhood and my mother's teen(married) years could be described as growing up poor, always in fear of my father's temper, and utter loneliness. We, as children, were disciplined (beaten) with whatever was near-by, be it a belt, iron cord, metal fly swatter or baseball bat. All this was secondary, to what I now realized what my mother was going through with my father. After reading, "The Woman I Love", I knew for a long time that the screams coming from my parents room were not screams of delight and lovemaking, but of terror! It was probably 'marital rape"! I only hope and pray after all the years they were together my mother found some moments of love, caring, and respect.

Reading Becky Norwood's book showed me that my mother was in her own living hell each every day. Living in fear of mental and physical abuse from my father never allowed her to gather enough courage to protect herself let alone her 5 children. This fear culminated in one night where my older brother and I had to pull my father off my mother with a butcher knife in his hands. My dad threw her out of the house but it became a long term relationship like a moth to the burning flame. She came in and out of our lives like a revolving door most of my teen years and my role as the second child became that of the caregiver to the rest of siblings.

Thank you Becky for allowing me to feel what you personally went through with your father, which in turn allowed me to feel what my mother possibly felt in her own "hell". My mother has since left this world and I forgave her along time ago! I also realized she did the best she knew how being a mother and a wife at a innocent age of 14! Which all any of us can do!

Your book is a must read for both women and men! I'm a better man for reading, "The Woman I Love"!
Read more
One person found this helpful
Helpful
Sending feedback...
Thank you for your feedback.
Sorry, we failed to record your vote. Please try again
Report abuse

KRevense
5.0 out of 5 stars Timeless words for healing anywhere on your journey!!! A MUST READ!!!
Reviewed in the United States on 23 February 2017
Verified Purchase
Becky Norwood is a woman of strength, love, compassion, a strong work ethic, and a powerful voice to all the world that our past can truly be overcome and we can CHOOSE to live a full life where our truest desires of the heart and dreams come true!

I feel so blessed to have Becky come into my life at this time and that I did not know I needed her as much as I did! From her story, I have learned the strength of the human soul and how to persevere and conquer our demons regardless of how daunting they may be!

I sit in awe and admiration for this woman who's power and determination to not just heal and survive, but CHOOSING to THRIVE, and surpass all the odds!

"The Woman I Love" is a testiment to what it means to look through the lenses of love and make the decision to rise above and live a glorious and beautiful life! Thank you Becky for sharing your story not just with the world, but especially with me!

This is a MUST READ for anyone who has experienced any kind of abuse and is anywhere on their healing journey!!!!
Read more
Helpful
Sending feedback...
Thank you for your feedback.
Sorry, we failed to record your vote. Please try again
Report abuse

Janet Bentley
5.0 out of 5 stars HIGHLY RECOMMEND!
Reviewed in the United States on 27 August 2016
Verified Purchase
just finished reading your story and I just wanted to say thank you for sharing your inspiring and brave journey with the world. This book is so well written and I read it in one sitting.

It is difficult to find our voices after so many years of silence and secrets but in doing so you are helping others, including myself.

I highly recommend anyone who has been affected by sexual, physical or emotional abuse read this and take hope from it that you are not alone.
Read more
Helpful
Sending feedback...
Thank you for your feedback.
Sorry, we failed to record your vote. Please try again
Report abuse

Diane K. Bell
5.0 out of 5 stars A Sincere Well -Written Story of Thriving Following A Lifetime Of Abuse
Reviewed in the United States on 31 August 2016
Verified Purchase
A survivor's honest quest to help others thrive following any longtime abuse. Well written, heartfelt and kind expressions lead the reader through the author's personal journey of survival. If you've suffered any kind of abuse yourself, or know of someone you even suspect might have, this book will inspire healing. Becky has included some wonderful resources and offers to help you tell your story. This book is well written and points the way to helping others heal.
Read more
Helpful
Sending feedback...
Thank you for your feedback.
Sorry, we failed to record your vote. Please try again
Report abuse

Jwells
5.0 out of 5 stars The word resonated in my heart and soul!
Reviewed in the United States on 4 April 2018
Verified Purchase
I was prompted to read this book. Filled with words of healing, strength and courage, the words resonated in my heart and soul!
Read more
Helpful
Sending feedback...
Thank you for your feedback.
Sorry, we failed to record your vote. Please try again
Report abuse
Load more international reviews

Victoria Booth
4.0 out of 5 stars Touches the soul!
Reviewed in the United States on 7 September 2016
Verified Purchase
I felt the gamut from being broken-hearted over a beautiful suffering child to thoroughly astounded by a woman of stature with a soaring spirit who emerged on the other side filled with courage and love! Becky, you are AMAZING!
Read more
Helpful
Sending feedback...
Thank you for your feedback.
Sorry, we failed to record your vote. Please try again
Report abuse

Amazon Customer
5.0 out of 5 stars Five Stars
Reviewed in the United States on 24 September 2016
Verified Purchase
Going to help healing for many who have been afflicted
Read more
Helpful
Sending feedback...
Thank you for your feedback.
Sorry, we failed to record your vote. Please try again
Report abuse
Load more international reviews

Siobhan Sackey
5.0 out of 5 stars Gems of Hope for Anyone in Any Situation
Reviewed in the United States on 26 August 2016
Verified Purchase
As I read this book I found myself thinking, "what I've been through is nothing compared to this! My own story could not be as inspirational." But Becky does an amazing job of reaching all survivors of any kind of abuse. I quickly saw that even though each of our journeys may have different events along the way, the struggles - and triumphs - are the same. This book is packed with so many gems that inspire me to fly even higher than I ever dared dream. Thank you, Becky, for your courage to be vulnerable in front of the world and for your generosity of spirit in sharing this beautiful story of choosing love over fear.
Read more
Helpful
Sending feedback...
Thank you for your feedback.
Sorry, we failed to record your vote. Please try again
Report abuse