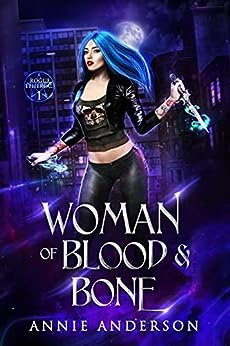 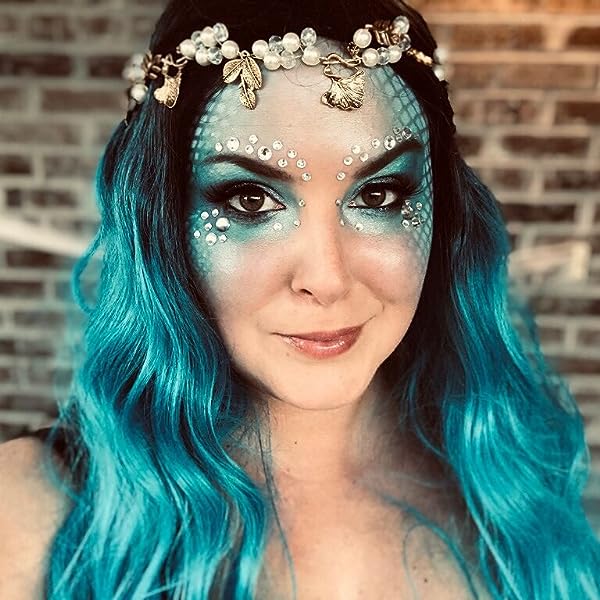 Annie Anderson is a military wife and United States Air Force veteran. Originally from Dallas, Texas, she is a southern girl at heart, but has lived all over the US and abroad. As soon as the military stops moving her family around, she'll settle on a state, but for now she enjoys being a nomad with her husband, two daughters, and old man of a dog. In her past lives, Annie has been a lifeguard, retail manager, dental lab technician, accountant, and now she writes fast-paced paranormal thrillers with some serious heat. --This text refers to the paperback edition.

4.3 out of 5 stars
4.3 out of 5
463 global ratings
How are ratings calculated?
To calculate the overall star rating and percentage breakdown by star, we don’t use a simple average. Instead, our system considers things like how recent a review is and if the reviewer bought the item on Amazon. It also analyses reviews to verify trustworthiness.

Pamela Taylor
5.0 out of 5 stars Wonderful
Reviewed in Australia on 11 November 2018
Verified Purchase
Another wonderful book by this author, I love her writing, the way her characters are so interesting even the baddies, and the storyline makes it hard to put down until you have finished the book.
Read more
3 people found this helpful
Helpful
Report abuse

Tina Marks
5.0 out of 5 stars Max is to die for!
Reviewed in Australia on 4 March 2018
Verified Purchase
When I grow up I want to be like Max! She’s hard core and she’s soft and she’s just awesome!! Another incredibly written book, with a story that draws you in and is making you scream for more!!
Must read!!

Izzybear1
5.0 out of 5 stars Loved Maxima!
Reviewed in Australia on 1 March 2018
I really liked Maxima when she was introduced in Mrs. Anderson’s Ashes to Ashes series. I’m so glad she got her own story. Although Maxima makes an appearance in that series you don’t have to read it to enjoy this.
Max is a strong, sweet, caring and broken woman. She has known a lot of heartache and pain in her life. Cast out at young age because she was different from everyone else Maxima is accustomed to being alone. Not having anyone there to love, guide or protect her hasn’t harden Maxima or kept her down though. She forged ahead learning as she went. Maxima is courageous in the face of danger even when there’s a possibility that she might not make it out of a situation alive.
I can’t wait for the next book in this series to come out. I’m eager to find out what’s going to happen next in Maxima’s story.
Read more
2 people found this helpful
Helpful
Report abuse

Kindle Customer
1.0 out of 5 stars Sorry but what?!
Reviewed in Australia on 21 April 2021
What a jumbled storyline of nonsense. It basically just jumps back and forward into the main female character being hopeless and nearly dying or dying and being reborn... just no. For book 1, theres zero character or story development. I dont know how this was ever rated so well.
Read more
One person found this helpful
Helpful
Report abuse

Iain Mason
3.0 out of 5 stars Good
Reviewed in Australia on 19 October 2020
It want my favourite book it wasn’t bad though it’s a good book just not my style of writing but other than that it’s good.
Read more
One person found this helpful
Helpful
Report abuse

DebB
3.0 out of 5 stars Not bad, but some annoying detail gaps
Reviewed in the United Kingdom on 9 December 2018
Verified Purchase
This isn’t bad – good story line, strong heroine who really doesn’t rely on anyone, and who doesn’t just bounce back from the many bad things that happen with a chirpy quip and the odd broken finger nail. But there was a problem in this book for me – principally that I felt I was somehow reading part 2, or at least missing a substantial prologue.

In chapters one and two, set a year before the rest of the book, Max gets down and nearly dirty in a club with a man she doesn’t know. Later in the book, she looks back on this encounter, regretting she didn’t get his name, or even a clear look at him (it was dark!). But we then learn that the stranger is someone she knows, except she doesn’t have any memory of being with him in the club that night. It can’t be straightforward memory loss, as at some point she instantly recognises a woman who was there that same night - so what gives? I felt I was missing a chunk of story – did something happen in the intervening year that was covered by one of the author’s Ashes to Ashes books? If you’d read that would you know why she had a very specific memory loss about this one man – because there’s no explanation for it here? So I got annoyed, waiting to have things explained, or at least mentioned – and they never were. I even read it twice to make sure I hadn't missed something first time round!

Chapters mostly from Max’s point of view, but a few are by her friend Striker. The baddie is truly bad, the heroes aren’t invincible, innocents get caught up in events utterly beyond their ken, and Max is a decent, honourable soul who really deserves a break. If you’ve read the Ashes to Ashes series you maybe won’t feel as if you’re missing some key bits of information, but for me, this was a problem that spoiled something I would otherwise have rated higher.
Read more
10 people found this helpful
Report abuse

Kindle Customer
4.0 out of 5 stars Interesting
Reviewed in the United Kingdom on 6 June 2021
Verified Purchase
This is an interesting start. Small snippets of back story keep it rolling along nicely. There are some parts that feel like just like fleshing it out more than actual needed paragraphs, but every author needs to make money, so it's cool. I will try out the next one. See how it goes.
Read more
Report abuse

Clarereadstoomuch
4.0 out of 5 stars Great Book
Reviewed in the United Kingdom on 9 July 2021
Verified Purchase
This story follows a witch who cannot be killed. She has no coven. Lots of things seem to go wrong for her.

The story is well thought through and the characters great. However I got a little frustrated as there is mention of events but they must be from another book?
Read more
Report abuse

tillydog
4.0 out of 5 stars Good
Reviewed in the United Kingdom on 7 August 2018
Verified Purchase
I seem to be damning this with faint praise but I'm not really I'm just annoyed I have to wait for the next installment. I loved max, striker and Ian and aid an and the adventure in this book, I need the second one now please
Read more
One person found this helpful
Report abuse

Damian Woods
5.0 out of 5 stars Brillant
Reviewed in the United Kingdom on 16 December 2020
Verified Purchase
Picked this up last week and its brillant just now started book 5 in the series love all the characters I have to pause my reading to stop getting overwhelmed that someone is going to die that i don't want to but it dont last as I have to know whats going to happen next lol fantastic books 😃
Read more
Report abuse
See all reviews
Back to top
Get to Know Us
Make Money with Us
Let Us Help You
And don't forget:
© 1996-2021, Amazon.com, Inc. or its affiliates