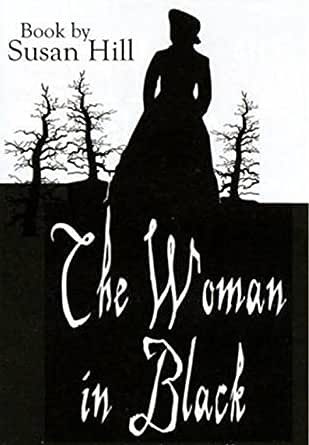 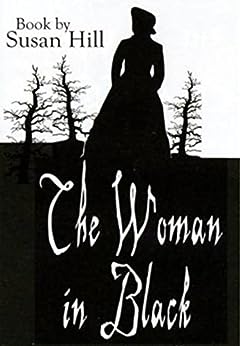 The Woman in Black Kindle Edition

''Artfully crafted and absolutely capable of raising the hair on the back of your neck. The Woman in Black is quite as good as any of Edith Wharton's ghost stories.'' --myindividualtake.blogspot.com

Praise for Susan Hill's The Man in the Picture:
''Hill manipulates the gothic darkness of her story with great dexterity and subtlety. . . Her tale is a commendable exercise in the tradition of the antiquarian ghost story.'' --Publishers Weekly

Praise for Susan Hill's The Man in the Picture:
''Hill manipulates the gothic darkness of her story with great dexterity and subtlety. . . Her tale is a commendable exercise in the tradition of the antiquarian ghost story.'' --Publishers Weekly --This text refers to the mp3_cd edition.

SUSAN HILL is married to the Shakespeare scholar, Stanley Wells, and they have two daughters. She lives in Gloucestershire, where she runs her own small publishing firm, Longbarn Books. --This text refers to the mp3_cd edition.

Vintage Heroes & Villains- A lineup of literature's most dastardly, devilish and daring characters --This text refers to the mass_market edition.

‘I did not believe in ghosts’

Few attend Mrs Alice Drablow’s funeral, and not one blood relative amongst them. There are undertakers with shovels, of course, a local official who would rather be anywhere else, and one Mr Arthur Kipps, solicitor from London. He is to spend the night in Eel Marsh House, the place where the old recluse died amidst a sinking swamp, a blinding fog and a baleful mystery about which the townsfolk refuse to speak.

Young Mr Kipps expects a boring evening alone sorting out paperwork and searching for Mrs Drablow’s will. But when the high tide pens him in, what he finds – or rather what finds him – is something else entirely.

BACKSTORY: Discover some more classic ghost stories and some real-life ones too...

Turn to page 55 to read about Arthur’s first sighting of the woman in black… --This text refers to an alternate kindle_edition edition.
Read more

4.5 out of 5 stars
4.5 out of 5
1,781 global ratings
How are ratings calculated?
To calculate the overall star rating and percentage breakdown by star, we don’t use a simple average. Instead, our system considers things like how recent a review is and if the reviewer bought the item on Amazon. It also analyses reviews to verify trustworthiness.

Kezzlou85
4.0 out of 5 stars Chilling.
Reviewed in the United Kingdom on 10 November 2019
Verified Purchase
Arthur Kipps is sent to the former house of Mrs Drablow to sort through her paperwork. The house is alone and empty, no one in the local area will go near it nor explain why. Arthur begins to wonder why and soon he is confronted with the lady in black

What a creepy, chilling story. This is a detailed and atmospheric ghost story. Not to be read late at night. The story itself is interesting and definitely eerie. The ending though, oh wow was not expecting that but it was so dark. A fantastic read, Susan Hill really knows how to scare her readers.

Cass
4.0 out of 5 stars Spooky Classic
Reviewed in the United Kingdom on 7 January 2021
Verified Purchase
Unusually for a story where I have seen the film adaptation hitherto reading the book, I wasn't picturing Daniel Radcliffe as the protagonist at all. I was often picturing the stage show however, a theatrical performance I highly recommend you go to see.

It begins many years after the setting of the main story, on Christmas Eve. The family are all challenging each other to tell their best ghost stories in true British tradition. Our protagonist, Arthur Kipps, (alas, NOT any relation to the Arthur Kipps from the 1967 Half a Sixpence musical!) reacts badly to being asked to tell a ghost story, and thus from chapter 2, we are thrust into a retelling of the worst experiences of his life onto pen and paper, as he is still unable to discuss it openly.

It is foggy from the start to the end, but Hill's writing creates a great atmospheric fog to journey through, and it doesn't actually feel like an overused descriptive device. The setting of Eel Marsh House is, in itself, enough to make a small amount of fear begin to creep it. The first sighting of the titular character is ghastly and unnerving; taking place in a graveyard, at a funeral.

The tension is kept fairly level throughout the story, with reluctant village-folk shying away from Kipps' inquiries in a very Dracula-esque portrayal of those in the know. The auditory hauntings that Kipps experiences are enough to have your hair stand on end, with Hill creating an incredibly vivid image. The fact that a door being open or closed can be so spooky is a testament to her literary prowess.

Overall, a great ghost story, and definitely worth a read to see the original idea of The Woman in Black, adapted so well for the stage and the screen.

Arthur
5.0 out of 5 stars Clock the original.
Reviewed in the United Kingdom on 2 January 2021
Verified Purchase
I should think just about everyone knows a version of the story. There's the 1989 TV adaptation, the later film and, of course, the stage play (which I've yet to take on board). However none, I
understand, are totally true to the original tale and I decided it would be interesting to hear it from the horse's mouth, so to speak.
Easy to read, not too great a length and every bit as creepy as one could hope for. Well worth the effort, you will not be disappointed.
Read more
One person found this helpful
Report abuse

Lady Fancifull
5.0 out of 5 stars As the nights get longer: ghosties and ghoulies and things that go bump in the night
Reviewed in the United Kingdom on 9 October 2014
Verified Purchase
Susan Hill's transmogrified into many media The Woman In Black remains a wonderful, atmospheric ghost story, still holding its own after its 30 plus years in print. Though I'm - amazed/amused/shocked to find that it is now listed as a best seller on Amazon in the CHILDREN'S ebook category. I don't believe it was initially written, or published for that market. So I'm not quite sure what this shows - the literary sophistication of children? Sure, post a film starring Daniel Harry Potter Radcliffe, probably new audiences are coming to the book, but it is quite a slowly paced, literary piece of writing (hence its standing the test of time on a re-read for this reader) It's a properly paced, slow-burn, atmospheric piece of writing, with a wonderful sense of lonely place - set on the North-East coast, much of the horror arises from Hill's ability to create an eerie, beautiful, mysterious and isolated tidal estuary landscape, complete with the suckings and soughings, the glimmers, glistens and dankness of wind, water and sea-frets.

Arthur Kipps, now a middle aged man on his second marriage, is immured in a family Christmas. His teenage stepsons embark, in high spirits, on the telling of ghost stories

Unwillingly, the years roll back memories of a quarter of a century and more ago, when Kipps, then a young solicitor, was sent to deal with the estate of a recently deceased reclusive woman in her eighties, who had lived in isolation in a house at Eel Marsh, some distance form a little market town called Crythin Gifford. Eel Marsh can only be reached when the tide is out, and is then completely cut off from the outside world, and the outside world from it, once the tide comes in again. There was some unexplained horror to do with Eel Marsh. Locals drop veiled hints, but Kipps, a pragmatic, modern young man, not given to flights of fancy is of course dismissive..............until.

This is a proper Victorian Gothic style story, even though set in a modern era. Everything is done through its effect on Kipps, the slow drip drip of fear and horror into his psyche. It's a superb ratcheting up of horror, and there is nothing to cynically laugh at, no crass clankings of chains and slamming doors, opening graves and the like. Hill takes normalcy and just progressively makes it go wrong, chill and definitely evil.

"We had travelled perhaps three miles, and passed no farm ofr cottage, no kind of dwelling house at all, all was emptiness. Then, the hedgerows petered out, and we seemed to be driving towards the very edge of the world. Ahead, the water gleamed like metal.....I realized this must be the Nine Lives Causeway.....and saw, how, when the tide came in, it would quickly be quite submerged and untraceable........we went on, almost in silence, save for a hissing, silky sort of sound. Here and there were clumps of reeds, bleached bone-pale, and now and again the faintest of winds caused them to rattle dryly"

And that's BEFORE the sea-frets come!

A short, chilly, chilly read. Hill is a writer who understands less is more and has no need for crude schlock effects.
Read more
11 people found this helpful
Report abuse

However, the books that arrived did not match the edition - the front cover shown when purchasing the books, one of these book covers I felt was inappropriately explicit and so would not recommend to read in public places, nor late at night, since the books were gothic thrillers from the Neo-Victorian period.
Being a student, I was disappointed about the fact that the wrong edition was delivered making referencing the book more of an inconvenience.

Also most of the pages were tainted yellow upon arrival, showing signs of age for second hand books, which is to be expected, and personally I like. Good physical condition - unmarked, no folded pages upon arrival. Delivery speed was on the later side of estimation, but decent, and best of all FREE.

Overall, I would have to think twice about buying again. Very happy with the price - incredibly cheap with Free Delivery compared to the original, ideal for a bargaining student, making the purchase worthwhile.
Read more
2 people found this helpful
Report abuse
See all reviews
Back to top
Get to Know Us
Make Money with Us
Let Us Help You
And don't forget:
© 1996-2021, Amazon.com, Inc. or its affiliates