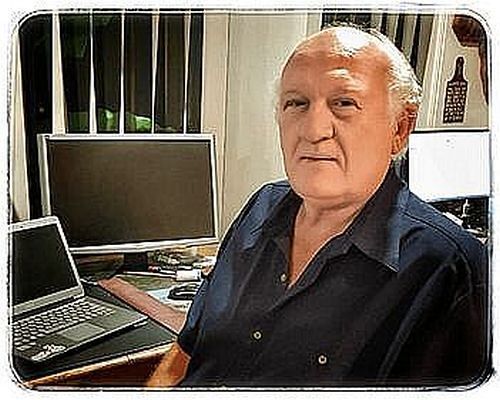 The Wolves Of Freydis: A Suspense Thriller: Volume 2 Paperback – 21 March 2016

by JC Ryan (Author), Rosamond Carter (Editor)
4.6 out of 5 stars 119 ratings
See all formats and editions
Sorry, there was a problem loading this page. Try again.

Carter Devereux’s idyllic world had been shattered and catapulted into chaos and with it, the fate of humanity. With a traitor in their midst who seems to stay one step ahead of them, it is a race against time for Carter Devereux and a team of Special Forces operators who must fight evils never before encountered. Can they identify the traitor in their midst, free the captives from an unknown location and stop the evil from sweeping in and changing the world as we know it? THE WOLVES OF FREYDIS is a full-length novel, a fast paced suspense-thriller about human history and an international political conspiracy with tentacles reaching across the globe into the highest hallways of power. It is the second book in J C Ryan’s Carter Devereux Mystery Thriller series, the sequel to Nothing New Under The Sun.
Read more
Previous page
Next page

Page 1 of 1 Start overPage 1 of 1
Previous page
Next page
Start reading The Wolves Of Freydis on your Kindle in under a minute.

Since the publication of his first book, The Tenth Cycle, JC Ryan's books received high acclaim from readers who bought more than 800,000 of his books and read more than 57 million pages.

Ryan has been married to his college sweetheart since 1978. They have two daughters, two sons-in-law, and one grandchild.

Before he started writing mystery-suspense novels, Ryan got a military degree and served as an officer in the military for seven years before a crippling back injury forced him to change careers. He returned to university, studied law, and became a lawyer, running his own private practice for more than fifteen years before he moved to another country, became an IT project manager, and finally, in 2014, got the opportunity to pursue his lifelong dream of being a writer.

If you want to know more about JC Ryan and when his next book will come out, please visit his website at http://www.jcryanbooks.com, where you can download free eBooks and sign up to receive an email when he is about to release a new book.

4.6 out of 5 stars
4.6 out of 5
119 global ratings
How are ratings calculated?
To calculate the overall star rating and percentage breakdown by star, we don’t use a simple average. Instead, our system considers things like how recent a review is and if the reviewer bought the item on Amazon. It also analyses reviews to verify trustworthiness.

Darklldo
TOP 500 REVIEWER
5.0 out of 5 stars A great start to a new series
Reviewed in Australia on 26 March 2016
Fantastic from start to finish, thank goodness J C released both these books at the same time. It was another 'can't put it down' full on drama and action. There was no guessing where it was going to next.
The characters were strong and came through clearly and they were up against powerful forces that, at times, were overwhelming.
So much thought and planning go into J C Ryan's books and it is evident he researches his subject intently to get the best out of it.
Now we wait for the next book and more of Carter Devereux, his family and his friends.
We have another great series on our hands.​
Read more
Helpful
Report abuse
See all reviews

Asmit
5.0 out of 5 stars Enjoyed every minute of this book had difficulty leaving it down.
Reviewed in the United Kingdom on 2 April 2016
Verified Purchase
Full of intrigue mystery and adventure this novel was well researched and was also written with a great deal of humility and sensitivity without being crass.
Read more
Report abuse

GrandmaS
4.0 out of 5 stars Enjoyable read
Reviewed in the United Kingdom on 9 May 2017
Verified Purchase
Enjoyable second book, tidied up most of the plots lines and had a good ending with the possibility of further storylines in the future.
Read more
Report abuse

Anne Nichols
5.0 out of 5 stars Loved this!
Reviewed in the United Kingdom on 20 April 2019
Verified Purchase
The sequel is just as good as book 1, well worth reading them both.
Read more
Report abuse

Mrs. Barbara Wainwright
5.0 out of 5 stars Entertainment
Reviewed in the United Kingdom on 2 August 2017
Verified Purchase
Enjoyable read, looking forward to the next one.
Read more
Report abuse

thomas alan owen
3.0 out of 5 stars Three Stars
Reviewed in the United Kingdom on 3 August 2017
Verified Purchase
ok
Read more
Report abuse
See all reviews
Back to top
Get to Know Us
Make Money with Us
Let Us Help You
And don't forget:
© 1996-2022, Amazon.com, Inc. or its affiliates