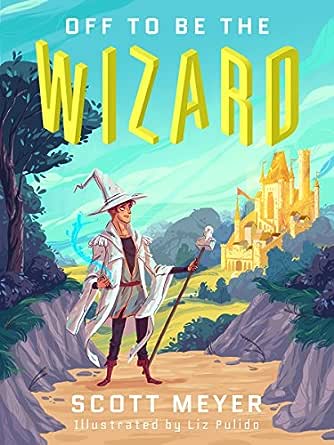 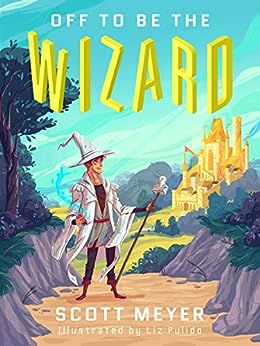 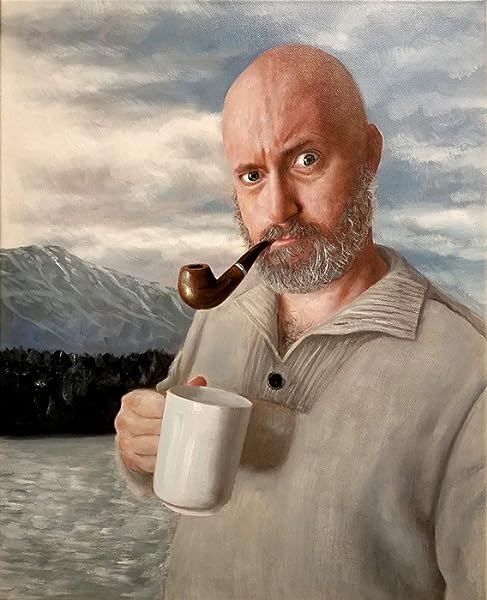 Off to Be the Wizard [Kindle in Motion] (Magic 2.0 Book 1) Kindle Edition

This book can be read on any device, including Kindle E-readers. It may include art, animation, or video features that can be viewed on certain Fire tablets and the free Kindle app for iOS and Android. You can switch features on or off at any time. Learn more  |
Read more Read less

Martin Banks is just a normal guy who has made an abnormal discovery: he can manipulate reality, thanks to reality being nothing more than a computer program. With every use of this ability, though, Martin finds his little “tweaks” have not escaped notice. Rather than face prosecution, he decides instead to travel back in time to the Middle Ages and pose as a wizard.

An American hacker in King Arthur's court, Martin must now train to become a full-fledged master of his powers, discover the truth behind the ancient wizard Merlin…and not, y'know, die or anything.

Scott Meyer grew up in the small town of Sunnyside, Washington. He began his career in humor by working as a stand-up comedian and radio personality, a highlight of which was participating as the opening act in Weird Al Yankovic s Running with Scissors tour. Following a long stint touring the United States and Canada, Scott settled down in Orlando, Florida, where he works on his ongoing comic strip, Basic Instructions. Off to be the Wizard is his first novel.

Be transported into the story with art, animation, or video features that complement the narrative and are available at no extra cost.

Read on Any Device
Read on any device, just like other Kindle books.

Read on Any Device
May be included and is available at no extra cost. View on any
Art, animation, or video features can be viewed on the following:

(Note: To experience these features, please update your Kindle app to the latest version.)
compatible device.

Two Ways to Read
Experience this book with additional features—or switch them off at any time.

Wendeed
4.0 out of 5 stars all will be well - much better than the alternative
25 June 2016
Format: Kindle EditionVerified Purchase
What can I say about this book? A bunch of nerds running around Medieval times pretending to be wizards, but with real powers. Can you imagine a bunch of nerds, getting together with unlimited power? If you can, then you can imagine some of the humour in this book. That said, though, I found this book to be original and quite clever. Martin is the latest addition to arrive in Medieval times after finding a mysterious computer file that lets him travel through time (among other things!). He surprised to find that he is not the first to find the file, or travel through time. He also finds that there are rules and immediately undertakes his wizard training with the remarkable Phillip, a rather cantankerous wizard who was one of the first to find the file and to travel to that time. As long as Martin remembers not to break any rules or make the obvious joke, all will be well - much better than the alternative, which he is reminded of on a regular basis by pretty much everyone!
Really a very funny book. I won't say much of the humour is that sophisticated, but that is part of its charm. I loved the characters, especially Martin, Gwen, Phillip and the wannabe Author, Tyler. I can't wait to read Tyler's book, if it ever gets published in the real world - assuming they can actually fit the title on the front page! Definitely a book for fans of Douglas Adams or Christopher Moore. Some parts were laugh out loud funny. Also enjoyable for young adult readers as my teenage son also thoroughly enjoyed it.

Bayan Khalili
5.0 out of 5 stars :D :D :D :D :D
27 November 2016
Format: Kindle EditionVerified Purchase
As soon as I had finished listening to the audiobook of "Off to Be the Wizard", I purchased ALL the rest of Scott Meyer's books in both Kindle AND audiobook formats.

I probably enjoyed it a little too much, as I binge listened to the entire "Magic 2.0" series in one weekend. Luke Daniels narrates an entire cast with excellent comedic timing - his vocalisation of Phillip had me cracking up.

After my first listen, it was nice to put a picture to some of those scenes, so the animated kindle book was a very nice touch.

Lesley G
5.0 out of 5 stars Very enjoyable read
7 August 2015
Format: Kindle EditionVerified Purchase
Such a fun book, and so very cleverly thought up and written. It had me believing it was all possible!
Read more
Helpful
Comment Report abuse

Lee Davis
TOP 500 REVIEWER
4.0 out of 5 stars Surprise find
26 April 2018
Format: Kindle Edition
Another surprise. I expect it's not going to be everyone's taste, but if you like computers, gaming, RPGs, fantasy fiction and humor, then this will be right up your street. The characters are engaging and entertaining and the story concept is really interesting... if you like computers, gam...

Not sure about the animated graphics in the book. They added nothing really.

Will go onto book 2 for sure.

Go to Amazon.com to see all 1,547 reviews 4.3 out of 5 stars
Get FREE delivery with Amazon Prime
Prime members enjoy FREE Delivery and exclusive access to movies, TV shows, music, Kindle e-books, Twitch Prime, and more.
> Get Started
Back to top
Get to Know Us
Make Money with Us
Let Us Help You
And don't forget:
© 1996-2020, Amazon.com, Inc. or its affiliates