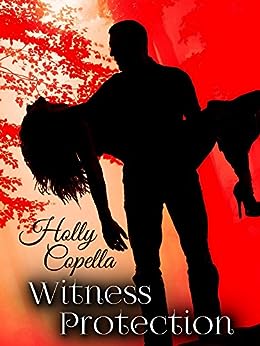 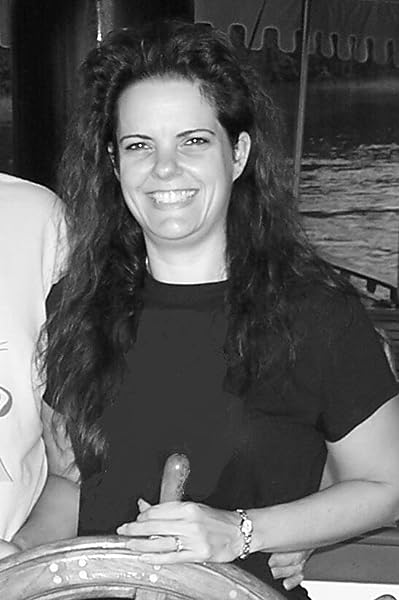 Holly Copella has been writing since the age of twelve when her frustration at a book's poor plot drove her to author her own story. Over the last decade, she's written a number of screenplays, some of which she's now adapting into novels. Her fascination with zombies and other darker material lends an edge to her writing, which tends to lean toward horror. As a fan of Agatha Christie, she appreciates the craft of a good plot and the importance of creating significant characters. Hailing from Pennsylvania, Copella lives in the Endless Mountains on a farm with her rescue horses and other animals. In addition to writing and reading fiction, she enjoys riding horses and traveling to Las Vegas and Disney World. --This text refers to an out of print or unavailable edition of this title.

4.5 out of 5 stars
4.5 out of 5
192 global ratings
How are ratings calculated?
To calculate the overall star rating and percentage breakdown by star, we don’t use a simple average. Instead, our system considers things like how recent a review is and if the reviewer bought the item on Amazon. It also analyses reviews to verify trustworthiness.

Daniela
5.0 out of 5 stars Action, suspense, adventure!
Reviewed in Australia on 11 February 2016
The second book from Holly that I have the pleasure to read!
Action, suspense, adventure! Holly has built an universe of memorable characters, which makes you want to have them as part of your family. The main character does not lack anything, it's perfect! I couldn't stop to read, I ate this book! And I'm a proof that this book can be loved by women, mainly, decided and confident women. I just loved her main character Jackie, her bravery, courage, and always well written, fight skills. It's a delight to see her in action! Her fellows SEALs, makes me want a second book with the whole team working together again. Hot moments are delightfully subtle and a perfect complement to the wonderful romance that develops between fights, action and tension! I loved!

HalfwayAuthor
5.0 out of 5 stars holds her own against bad guys, good guys
Reviewed in Australia on 11 February 2016
This book was a masterful blending of suspense, action, thrills, twists, and turns. Holly had me from the first page to the last. It is not a read for women – too much testosterone. The main character of the story, a woman, holds her own against bad guys, good guys, and crazy guys. Holly uses the phrase, Houdini with a black belt to describe the heroine which was so fitting to her character.
Jackie Remus, the daughter of a deceased Navy SEAL, witnesses two murders committed by the Governor and his henchmen. U.S. Marshalls and the FBI come to her aid, putting her in the Witness Protection Program while they try to locate the Governor and bring him to justice. But the Governor and his men make every attempt to prevent her from testifying, and in the process, eliminate all but one protector, an Agent named Holden. Doubting the government’s ability to keep her safe, she seeks help from members of her deceased father’s SEAL team, and is able to vanish. Pursued by both good guys and bad guys, she eludes them, taking them all on the rides of their life. Every page will keep you on the edge of your seat, and you won’t see the ending coming. The few flaws I came across did not detract from the storyline, and having read this author before, I believe it is her best writing to date.
Being retired military, with past associations with Army Special Forces types, I got the military significance and mentality of the SEALs. Although an over-the-top portrayal of their capabilities, Holly doses out snippets of why we can lay our heads on the pillow at night and know that real such warriors exist and take care of the bad guys. This is a ‘must read’ for those that can’t get enough action-packed stories, and should be displayed on the table in every man-cave. The only other thing I can add to this review is, Alpha Mike Foxtrot.
Read more
One person found this helpful
Helpful
Report abuse
See all reviews

Mr. E. J. Sturges
1.0 out of 5 stars Sloppy use of English, oddities of description
Reviewed in the United Kingdom on 29 June 2019
Verified Purchase
Oh dear. I could not get past the first three chapters because of the (mis)use of English, especially adjectives, lack of attention to detail and poor characterisation. I ended up putting notes in the kindle version for the three chapters as things grated so much.

As an example, for some reason two characters are introduced by name in the text without any way of the protagonist being able to know their names I.e. they do not introduce themselves.

The initial shoot out is bizarrely described - a silenced handgun round punching through a floor, someone jogging while holding their leg (while apparently ignoring the bullet wound in their arm), someone ‘leaping to the floor’ when shot and other oddities.

There is clearly a plot in here somewhere trying to get out but the execution is poor. Maybe an editor would help.
Read more
Report abuse

merlinsdragon
5.0 out of 5 stars A great read that carries you away into another world and leaves you wondering how the time flew
Reviewed in the United Kingdom on 30 August 2017
Verified Purchase
This is a well plotted fast paced read. I The characters are well drawn and there are twists and turns and surprises. There are a lot of well drawn characters as you would e pet from Holly. This book is suitable for all readers of action adventure books and I could not not put it down I had to find out what happens next. I did find myself laughing at the antics of one of the characters. You should hold read this book the loss of sleep is worth it
Read more
Report abuse

Kindle Customer
3.0 out of 5 stars 3*
Reviewed in the United Kingdom on 20 May 2021
Verified Purchase
Good story.

Another story that demonstrates that you never want to be put up in a safe house anywhere for any reason, because they are without fail found and attacked by criminals.
Read more
Report abuse

Amazon Customer
5.0 out of 5 stars Brilliant
Reviewed in the United Kingdom on 5 May 2018
Verified Purchase
Just could not put it down such an exciting read I will be looking for more. Thank you so much!
Read more
Report abuse

marnie
5.0 out of 5 stars Five Stars
Reviewed in the United Kingdom on 4 May 2018
Verified Purchase
I really enjoyed this exciting adventure.
Read more
Report abuse
See all reviews
Back to top
Get to Know Us
Make Money with Us
Let Us Help You
And don't forget:
© 1996-2021, Amazon.com, Inc. or its affiliates