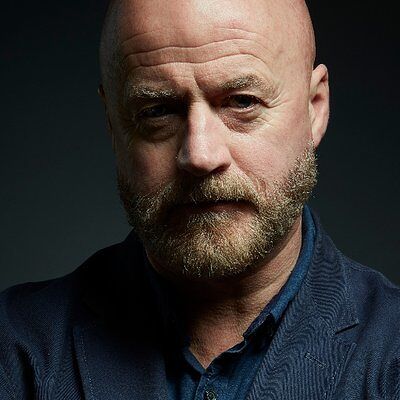 Page 1 of 1 Start overPage 1 of 1
Previous page
Next page
Start reading Witness the Dead on your Kindle in under a minute.

Craig Robertson is a Sunday Times bestselling author, and his debut novel, Random, was shortlisted for the CWA New Blood Dagger. His most recent novel, Murderabilia was longlisted for the UK’s top crime fiction awards, including Theakston’s Old Peculier Crime Novel of the Year 2017 and the McIlvanney Prize 2017. During his twenty-year career with a Scottish Sunday newspaper, Craig Robertson interviewed three recent prime ministers and reported on major stories including 9/11, the Dunblane school massacre, the Omagh car bombing, and the disappearance of Madeleine McCann.

4.4 out of 5 stars
4.4 out of 5
151 global ratings
How are ratings calculated?
To calculate the overall star rating and percentage breakdown by star, we don’t use a simple average. Instead, our system considers things like how recent a review is and if the reviewer bought the item on Amazon. It also analyses reviews to verify trustworthiness.

Sarah H.
4.0 out of 5 stars Dark and twisted with a gritty edge.
Reviewed in the United Kingdom on 21 August 2018
Verified Purchase
Witness The Dead is the fourth book in the DS Rachel Narey and Tony Winter crime series. It reads well as a stand alone so no need to worry if you haven't had the pleasure of reading the previous books first.

I really enjoyed the story line in this book. Flicking between past and present with murders that are seemingly linked. We also have the evil Atto who seriously makes a chilling killer.

Danny Neilson was a character that I really enjoyed in the story. Never having forgotten about the series of murders and wanting to do the best for the victims families, he does everything in his power to resolve it all. I loved that he is now a taxi driver, ensuring that people, especially the more vulnerable on a night out, get home safely. He also has some personal issues going on of which I was interested in finding out more.

This is certainly a story with an outcome I didn't expect. The author takes his readers on a dark and gritty journey without letting on where he is taking us, making it a thrilling and surprising read.

Witness The Dead will have you hooked from the off. It is dark and twisted with a gritty edge to it. Another edge of your seat read in this thrilling Scottish crime series. If you haven't read in the series yet, then I highly recommend them.

C. E. Utley
4.0 out of 5 stars Are the Glasgow Police as Dreadful as this?
Reviewed in the United Kingdom on 9 August 2013
Verified Purchase
There is something of a craze, at the moment, for gritty, realistic Scottish police stories. This one is certainly gritty, though one hopes it is not entirely realistic.

I do not refer to the brutal murders. Sadly, they do happen in the real world. But we must all pray that, even in Glasgow, the police forces which investigate them are not as hopelessly dysfunctional as the force depicted in this story. Pretty well all the main police characters are thoroughly disagreeable people. They hate each other, and make that very plain. They are incapable of interviewing even the most obviously innocent citizens of Glasgow without being incredibly aggressive. It is a miracle that they ever solve any crime.

But, despite the almost total lack of sympathetic characters, this is a fast-moving and gripping thriller with a highly satisfactory twist at the end which the reader does not predict until only a few pages before it is spelt out.

Bookish
5.0 out of 5 stars A great read.
Reviewed in the United Kingdom on 19 May 2019
Verified Purchase
The storyline is very credible. The mystery of the identity of the murderer is prolonged almost to tbe end of the book, meanwhile the work of the police is explained very succinctly. I love the characters in this book. Each one would be a good subject for a book club discussion. Could tony really have gotten so close to a notorious killer? Are the methods used by the police believable? The only unanswered question is how the killer got hold of the lipstick to enable them to write on the victims bodies? Throughly e joyable read. I love Craig Robertsons books.
Read more
Report abuse

Carol
5.0 out of 5 stars He just keeps getting better and better
Reviewed in the United Kingdom on 12 July 2013
Verified Purchase
Turn of the phone, lock your doors and put up a Do not disturb sign as once you start this fantastically gripping book you won't want anyone interrupting your reading pleasure. As always the story is full of twists and turns and keeps your mind wondering what is coming next. It is even better than Random, Snapshot and Cold Grave all of which I enjoyed immensely, in fact if it was a lager it would be a Carlsberg. It is written with a sensitivity that gives you an unparalleled insight into each of the characters. If you like slightly dark crime novels then this is for you.
Read more
14 people found this helpful
Report abuse

Amazon Customer
2.0 out of 5 stars Slow, boring and lazy plotting
Reviewed in the United Kingdom on 25 March 2018
Verified Purchase
Read this author before. This wasn't one of his best - a bit slow and boring. There were also some plot inconsistencies. At one point a dna analysis reveals that the dna was that of a previous killer who'd been locked up for years. This was impossible and it later turned out that th dna was from his daughter. Surely a dna analysis would tell the sex of the owner and also that it was a familial match ie from a child of the guy in prison. Also the baddie in prison, who had a secret email connection by some unexplained means in the prison gets an email from his child who he didn’t even know he had. How did his child get his email address and if it was that easy to get why did the police not get it too and monitor it? Lazy plotting.
Read more
Report abuse
See all reviews
Back to top
Get to Know Us
Make Money with Us
Let Us Help You
And don't forget:
© 1996-2021, Amazon.com, Inc. or its affiliates