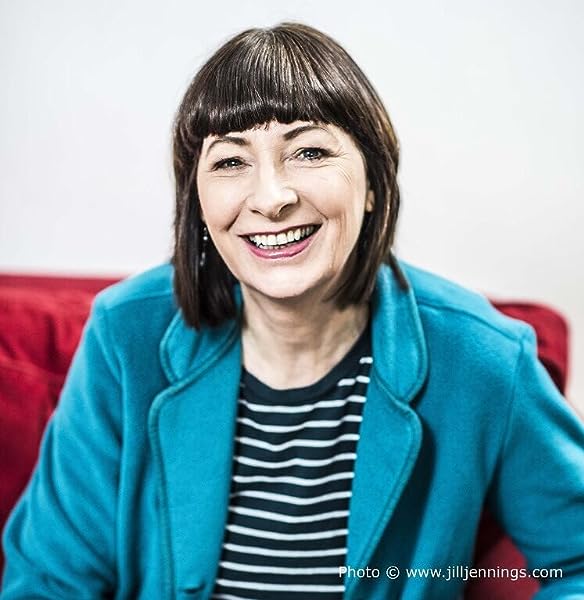 by Cath Staincliffe (Author), Julia Franklin (Reader)
4.3 out of 5 stars 100 ratings
See all formats and editions
Sorry, there was a problem loading this page. Try again.

Four bystanders in the wrong place at the wrong time. Witnesses to the shocking shooting of a teenage boy. A moment that changes their lives forever. Fiona, a midwife, is plagued by panic attacks and unable to work. Has she the strength to testify Mike, a delivery driver and family man, faces an impossible decision when his frightened wife forces him to choose - us or the court case. Cheryl, a single-mother, doesn't want her child to grow up in the same climate of fear. Dare she speak out and risk her own life Zak, a homeless man, offers to talk in exchange for witness protection and the chance of a new start.
Read more
Previous page
Next page

New children's books bundles!
Book bundles for children's growth and development. Shop now
Start reading Witness on your Kindle in under a minute.

Cath Staincliffe is a best-selling, award-winning novelist, radio playwright and the creator of ITV's hit series, Blue Murder, starring Caroline Quentin as DCI Janine Lewis. Cath's books have been short-listed for the British Crime Writers Association best first novel award, for the Dagger in the Library twice and twice for the Short Story Dagger, winning in 2012. She was a winner of the Writers’ Guild of Great Britain Best Radio Drama Award in 2019. Cath's Sal Kilkenny private eye series features a single-parent sleuth working the mean streets of Manchester. Her debut Looking For Trouble was serialised on BBC Radio 4. Trio, a stand-alone novel moved away from crime to explore adoption and growing up in the 1960s, informed by Cath's own experience. Letters To My Daughter's Killer was selected for Specsavers Crime Thriller Book Club in 2014 and featured on ITV3’s Crime Thriller Club. Cath also writes the Scott & Bailey novels based on the popular UK TV series. Cath created the probate detective series Legacy for BBC Radio 4 and guest writes on the Stone police drama. Her recent stand-alone novels examine the impact of crime on ordinary families. The Girl in the Green Dress was inspired by her experience as the parent of a transgender child and has been optioned for TV. Cath's latest book, Running Out of Road, tells the story of eleven-year-old Scarlett, abducted by her estranged father and driven up into the hills with the police in hot pursuit. It’s a race against time played out in the brooding wilderness, the limestone gorges and gritstone edges of the Derbyshire Peaks.

Cath is one of the founding members of Murder Squad - a group of Northern crime writers who give readings, talks and signings around the country. Cath was born in Bradford, Yorkshire, UK and now lives in Manchester, Lancashire with her family. You can follow her on Twitter, @CathStaincliffe, where she hangs about when she should be busy writing!

chrissie
5.0 out of 5 stars Harrowing story, beautifully told
Reviewed in the United Kingdom on 18 May 2021
Verified Purchase
Another excellent book by Cath Staincliffe. Her characters are so well-rounded, believable and real, the crime so familiar; your heart aches for those who are forced into having to make a decision that might put themselves or their families in danger. I found the ending a comfort, but probably a bit unlikely ( money AND a good man?) but certainly didn’t begrudge the character her happy ending. Found I could barely read on to discover the fate of the homeless guy - but felt ridiculously relieved that Bess might find a happy home! All ends tied up : a very satisfying read - the story and characters stayed with me for days.
Read more
Report abuse

Ella Belakovska
3.0 out of 5 stars Interesting perspective on criminal justice
Reviewed in the United Kingdom on 16 August 2018
Verified Purchase
I like the fact that Cath Staincliffe writes crime drama that doesn't just follow a detective around until they have solved the murder. Instead, we are told early on who the perpetrators are and, as is often the case where gangs are involved, the difficulty is not that the police don't know who they are looking for, but that they need to have a strong case in order to bring the perps to justice. This means relying on (credible) witnesses to come forward and be prepared to undergo examination in court, which in the case of at least one witness here, is a terrifying prospect given the risks.

The story begins with the murder of a young lad in broad daylight, told from the perspective of a nurse who was first to the scene and who attempted to save his life. In the event of his death, she becomes one of several other witnesses, whose stories unfold chapter by chapter. Staincliffe does a good job of trying to illustrate different characters from varied backgrounds, and voices the turmoil they have in deciding whether or not to testify in court. She also highlights the mental health difficulties associated with witnessing a trauma and how becoming a part of the criminal justice system can bring unforeseen issues as time ticks by.

One of the most interesting, but frustrating, characters was Zak, a homeless boy who clearly had a troubled childhood and whose motivation for becoming a witness is questionable but understandable. As he is contending for page space with three other characters, it is difficult to fully engage with him (and he is hard to like a lot of the time) but I would like to have learned more about him and his background.

The novel is resolved satisfyingly, and it does feel like the author knows her stuff when it comes to courtroom proceedings and the flaws in the law. Definitely worth a read if you like crime drama with a difference.
Read more
Report abuse

AK Red hat
5.0 out of 5 stars A moral dilemma
Reviewed in the United Kingdom on 28 February 2018
Verified Purchase
I gave five stars because I very much enjoyed the story, and because it evoked many emotions in me and made me question how I might react in the situation played before me. The story is centred round a death, and how the witnesses respond to the potential threats from the local bully, if he were to identify them.
Read more
Report abuse

Linnie
5.0 out of 5 stars Excellent
Reviewed in the United Kingdom on 2 April 2016
Verified Purchase
I throughly enjoyed reading this book and put myself in the shoes of the witnesses feeling anxious and questioning would I could I do this? Brilliantly written, loved each character they were all so normal and different and leading just normal lives.
This is my first novel of Cath Stancliffes and certainly won't be my last. Loved it!
Read more
Report abuse

HarleyGirl
5.0 out of 5 stars Clever writing
Reviewed in the United Kingdom on 30 July 2011
Verified Purchase
This is a sensitively written book, showing the effects of a murder on the lives of four totally unrelated people. Ms Staincliffe creates four very different characters and I was able to engage with all of them, and feel their sadness, confusion, anger and loss.

Her writing style is lyrical at times and very gritty at others, depending on which character we are with at that moment. I found it a very engrossing read and stayed up most of the night to get to the end.
Read more
2 people found this helpful
Report abuse
See all reviews