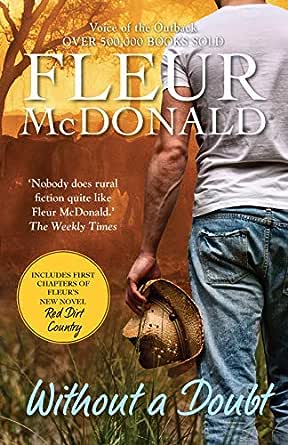 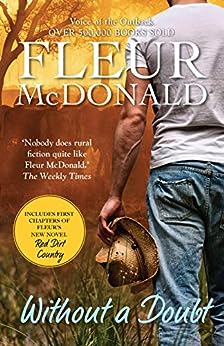 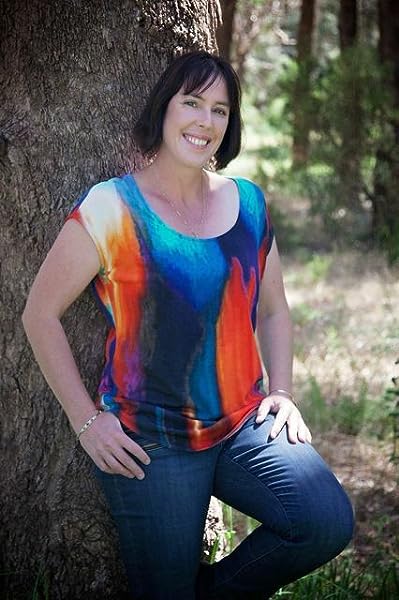 Without a Doubt Kindle Edition

Another engaging read that shine a light on rural Australia and captivated me start to finish.' - Beauty and Lace

'Nobody does rural fiction quite like Fleur McDonald.' The Weekly Times

Detective Dave Burrows returns in the most compelling and exciting case of his early career.

In Barrabine, as Dave's workload skyrockets, Melinda, Dave's wife, is unhappy about being left alone so much to raise their eighteen-month-old daughter, Bec. It's not how Dave wants it either, but complaints, leads and crimes all have to be investigated - it's what he joined the force for.

Melinda's interfering father isn't helping. He's never thought that Dave was right for his daughter and he's not shy about telling Dave what he's doing wrong. When things come to a head at home, Dave's policing mate, Spencer, comes up with a plan.

In the most dangerous mission of his life, Dave knows what he's risking. If he's found out, he'll never see Melinda or Bec again. Of that he's sure.

Fleur McDonald has lived and worked on farms for much of her life. After growing up in the small town of Orroroo in South Australia, she became a jillaroo before spending twenty years farming 8000 acres, east of Esperance, WA.

Fleur likes to write about strong women overcoming adversity, drawing inspiration from her own experiences in rural Australia. She is the best-selling author of Red Dust, Blue Skies, Purple Roads, Silver Clouds and Crimson Dawn, Emerald Springs, Indigo Storm, Sapphire Falls, The Missing Pieces of Us, Suddenly One Summer and Fool's Gold, which began the story of the popular Detective Dave Burrows, as well as the ebook exclusives If You Were Here and A Farmer's Choice.

Fleur currently lives in Esperance with her two children, an energetic kelpie and a Jack Russell terrier.

Lesley Evans
4.0 out of 5 stars A good read
Reviewed in Australia on 12 May 2019
Format: Kindle EditionVerified Purchase
Enjoyed the storyline. The different characters were very kept the story exciting. Loved reading about the bush and the cattle and just what goes on in remote areas in the bush.
Read more
One person found this helpful
Helpful
Comment Report abuse

taboe
5.0 out of 5 stars Wonderful storytelling
Reviewed in Australia on 12 March 2020
Format: Kindle EditionVerified Purchase
Fleur MacDonald does it again luv reading her books, she takes you right into the bush cant wait to read more about these wonderful characters
Read more
Helpful
Comment Report abuse

waz1234W
5.0 out of 5 stars Good book
Reviewed in Australia on 22 April 2019
Format: Kindle EditionVerified Purchase
This book was hard to put down I really enjoyed reading it looking forward to the next one thank you
Read more
Helpful
Comment Report abuse

Lorraine
5.0 out of 5 stars Without a Doubt
Reviewed in Australia on 31 May 2019
Format: Kindle EditionVerified Purchase
Loved it and all her books, I have read the lot, unless there is a new one out
Read more
Helpful
Comment Report abuse

lynmardon
TOP 1000 REVIEWER
5.0 out of 5 stars Fantastic read
Reviewed in Australia on 5 May 2019
Format: Kindle Edition
I first discovered Fleur McDonald through Beauty & Lace Book Club last year and have since read many of her books. Without a Doubt lives up to it’s pedigree and keeps you entertained and captivated from the first page. Dave Burrows is a character from many other books of Fleur McDonald. He originally popped up as a minor character and has slowly become the main character and drawcard. I really enjoyed reading this book and getting more background on the character and where he started from. This book can be read as a stand alone but fair warning - after reading it you’ll be hooked and want to read more of this author’s work!
Thanks Allen & Unwin and Beauty & Lace Book Club for another great read by a superb author.

Cathe
5.0 out of 5 stars Oh no! I didn’t want the story to end yet!
Reviewed in the United States on 24 May 2019
Format: Kindle EditionVerified Purchase
I am a fan of Dave and I wanted to read more of this storyline. I get transported into his life and Fleur keeps me totally engrossed. I would love to see what comes next for Dave. I have enjoyed every book Fleur has written.
Read more
Helpful
Sending feedback...
Thank you for your feedback.
Sorry, we failed to record your vote. Please try again
Report abuse