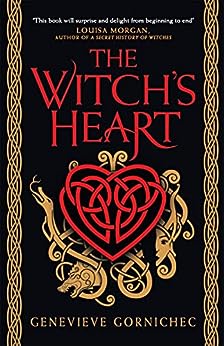 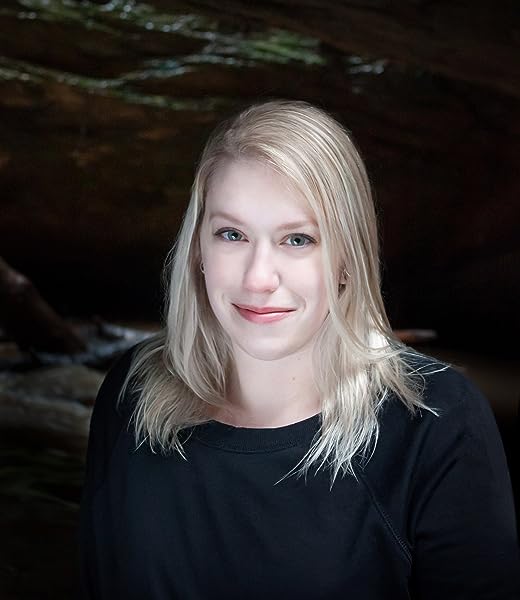 Genevieve Gornichec earned her degree in history from The Ohio State University, but she got as close to majoring in Vikings as she possibly could, and her study of the Norse myths and Icelandic sagas became her writing inspiration. She lives in Cleveland, Ohio.

A timeless tale of great power and artistry.--Margaret George, author of The Splendor Before the Dark The Witch's Heart is a unique novel that transforms the faceless names of an epic tale into living, breathing, sympathetic characters. With a witty and spirited protagonist, this book will surprise and delight from beginning to end.--Louisa Morgan, author of A Secret History of Witches and The Age of Witches As epic as it is engrossing, The Witch's Heart is a testament to the ferocity of one mother's love and the lengths she'll go to protect those she loves. Utterly unforgettable." --Alexis Henderson, author of The Year of the Witching This fascinating novel approaches Norse mythology from a brand new perspective; here old villains are now heroes, and the motivations of gods, giants, and witches are rarely what they seem... Gornichec plumbs the depths of what we will endure for family, belonging, and meaning, and traces the limits of love, friendship, and vengeance.--Linnea Hartsuyker, author of The Half-Drowned King --This text refers to an alternate kindle_edition edition.

4.5 out of 5 stars
4.5 out of 5
400 global ratings
How are ratings calculated?
To calculate the overall star rating and percentage breakdown by star, we don’t use a simple average. Instead, our system considers things like how recent a review is and if the reviewer bought the item on Amazon. It also analyses reviews to verify trustworthiness.

Shane Leboeuf
5.0 out of 5 stars Loved it!
Reviewed in Canada on 17 March 2021
Verified Purchase
A great read, and one I thoroughly enjoyed. 10/10 would recommend to anyone who enjoys a modern retelling of mythology.
Read more
Report abuse

Stephen Pollard
5.0 out of 5 stars An emotional tale that does the source material justice
Reviewed in the United States on 15 February 2021
Verified Purchase
Generally, I do not engage with fiction based on mythologies or historical periods I am deeply interested in. I typically find the liberties writers take to be superfluous, and often the changes made are weaker than the original myths, facts, and characters and/or historical figures. Thankfully, the premise of The Witch's Heart by Genevieve Gornichec intrigued me, and the positive buzz on social media convinced me this was an exception I needed to make.

I could not be happier that I did. (Minor spoilers will follow, but I will refrain from revealing specific plot points where possible.)

The Witch's Heart tells the story of Angrboda—or rather, a composite character based on several figures attested in the Poetic Edda and Prose Edda (our primary sources on Norse mythology). By combining these figures, Gornichec weaves a cohesive, emotional narrative of a Norse witch and giantess who is more than just the mother of Loki's children (as this is basically all we know of Angrboda from the surviving myths) and more than just a seeress (as many of the other figures Gornichec draws from are in the surviving myths). This simple liberty allows Gornichec to connect various (and often contradictory) events and tales into an impressively thought-out and logical canon.

But a novel can hardly survive on thorough research, clever retellings, and contemporary subversions. The Witch's Heart has all these, but its most accomplished feat is the emotional weight the story of its protagonist carries. In this take on Norse mythology, Angrboda has escaped Asgard after having her heart cut out and being burned alive (three times!) and taken refuge at the far end of the world. A chance meeting with another giantess and a budding romance with everyone's favorite Norse misfit, Loki, sets Angrboda on a path of self-(re)discovery.

And that journey is not just an unraveling of Angrboda's past, but a moving tale of the complex relationships the reclusive protagonist forms with her lovers, friends, children, and even her enemies. This is the essence of the novel, and unlike so many stories (particularly fantasy and mythology-based stories), none of the supporting cast is one-note or even your classic good guy or bad guy. These characters, almost all deities of a sort, are among the most human characters I've ever experienced, none perhaps more so than Loki.

As an aside, I have a personal fascination with Loki. He is one of the most prominent characters in the surviving Norse myths, but seems to defy most cultural norms of men during the Viking Age (he's genderfluid, is a mother as well as a father, rarely fights, etc.), yet is also Odin's blood brother, but also (perhaps unsurprisingly) was most definitely never worshiped or revered. Needless to say, he is a compelling god—and Gornichec not only captures the spirit of Loki but somehow manages to deepen his complexity.

Loki is often thought of as a trickster or the god of mischief, and Gornichec does not shy away from this reputation. In one of my favorite explorations of the character, she never seems to provide an actual reason (at least initially) why he creates trouble, other than that he is bored. This does so much to convey what type of individual Loki is, and yet also tells us frustratingly little about any ulterior motives he may have, which makes him all the more fun to read about when he's on the page.

This is to say nothing of his banter with Angrboda, which is equal parts hilarious and exasperating. Or to say anything of the pair's actual relationship. I have such a hard time sympathizing with neglectful or abusive romantic partners in novels (Loki is more neglectful here), and any displays of love or redemption writers typically try to create with those characters only makes me roll my eyes, but Gornichec really makes you believe Loki is sincere during his tender moments, and there was one such line in the book in particular that floored me, despite all the earlier instances of Loki's absence and seeming disregard for Angrboda's growing needs.

Every relationship Angrboda forms, particularly with her close friend, Skadi, and her daughter, is treated with as much care and complication, but for the sake of brevity and spoilers, you will have to discover those for yourself. Suffice it to say, if you enjoy Norse mythology or are just looking for a fantasy-based novel with some of the deepest, most interesting character writing currently available, I cannot recommend The Witch's Heart highly enough.

I will add a few extra impressions here that are less about the emotional impact of the novel and more about the faithfulness to the source material I picked up on. Feel free to quit reading here if you're not as interested in the Norse mythology aspects of the novel:

- Like virtually every novel, there are some moments where the "show, don't tell" rule is broken to move us from one major event to the next. I have no idea if this was intentional, but these moments of the novel read a bit like the actual sagas, and it seemed to me to reveal Gornichec's devotion and love for Old Norse texts.

- Many of the more popular myths happen off-page and are told to us through characters sharing stories, which feels like an homage to the fact that this is how many of the myths and sagas unfold. More importantly, there are almost no authorial liberties taken with these myths. Beyond combining Angrboda with other characters (Gullveig/Heid, Hyrrokin, etc.), I did not notice any major liberties taken.

- This feels like a love letter of sorts to the myths and characters themselves. Since we know so little about almost all of the characters who appear in the myths (many of whom are little more than name-dropped), there is a lot of room for creative license without tampering with the original stories, and Gornichec does this beautifully. The characters we do know a lot about (Odin, Loki, Thor) appear here much as they do in the myths, and the ones we don't (Angrboda, Skadi...and virtually everyone else) are provided the same level of depth the myths provide characters like Odin and Loki. It is obvious Gornichec treasures these characters, and there are few authors better suited to tell their stories today.

- As a quick note, while the novel is faithful to the myths, it is still very much a contemporary novel, and it does not seem much attempt was made to preserve any sort of archaic language. This is by no means a bad thing, but worth noting if that is the sort of novel you're looking for.

Ioana
1.0 out of 5 stars Terrible writing and characterization
Reviewed in the United States on 7 March 2021
Verified Purchase
This is a poorly written YA novel lacking any mythical or historical atmosphere or depth. The characters sound and act as if they are modern day tweens, and while the story may have potential, the writing and characterization are so awful that I couldn't justify spending any more hours of my life on finishing this book (dnf at page 65 - one of the only two books I've ever returned in my life).
Read more
7 people found this helpful
Report abuse

Amberreads
1.0 out of 5 stars Disappointed
Reviewed in the United States on 13 February 2021
Verified Purchase
I purchased this (twice) for my new Kindle Paperwhite and it would not advance past Part 1...would love to read but I couldn’t...had to process a refund :(
Read more

1.0 out of 5 stars Disappointed
Reviewed in the United States on 13 February 2021
I purchased this (twice) for my new Kindle Paperwhite and it would not advance past Part 1...would love to read but I couldn’t...had to process a refund :(
Images in this review

Artemis825
5.0 out of 5 stars Brings the Myths to Life
Reviewed in the United States on 16 February 2021
Verified Purchase
I was drawn into this story from the first page. I love the old Norse myths anyway, but this telling made them so vivid. Sometimes the gods and giants of legend seem distant and inhuman, but in this story they are very, very real and relatable. I cared about the main characters and was moved by the ending. Very well done!
Read more
7 people found this helpful
Report abuse
See all reviews
Back to top
Get to Know Us
Make Money with Us
Let Us Help You
And don't forget:
© 1996-2021, Amazon.com, Inc. or its affiliates