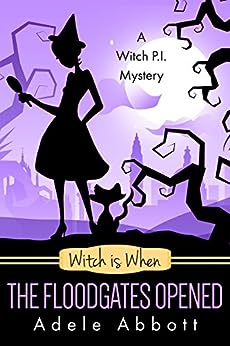 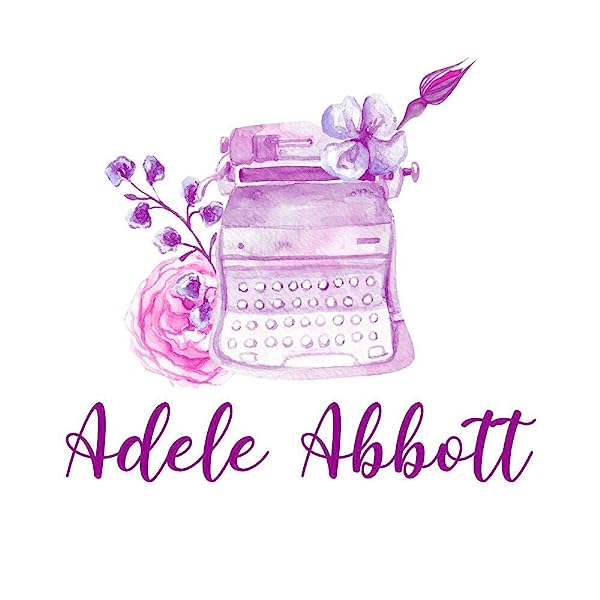 Witch Is When The Floodgates Opened (A Witch P.I. Mystery Book 7) Kindle Edition

by Adele Abbott (Author) Format: Kindle Edition
See all formats and editions
Sorry, there was a problem loading this page. Try again.
Everything is disappearing: A priceless antique, and even Jill’s PA, Mrs V. It’s time for our intrepid P.I. (and Witch extraordinaire) to leap into action.
Read more
Previous page
Next page

Laugh Out Loud Stories Across The Genres.

4.4 out of 5 stars
4.4 out of 5
1,002 global ratings
How are ratings calculated?
To calculate the overall star rating and percentage breakdown by star, we don’t use a simple average. Instead, our system considers things like how recent a review is and if the reviewer bought the item on Amazon. It also analyses reviews to verify trustworthiness.

Noo74
5.0 out of 5 stars I love this series!
Reviewed in Australia on 8 February 2016
Verified Purchase
This does not get boring. New adventures, laughs and twists in yet another great read from Adele Abbott. Keep them coming.....
Read more
Helpful
Report abuse

The Reading Room
3.0 out of 5 stars Things are much the same as usual for The Witch P I
Reviewed in the United Kingdom on 24 February 2019
Verified Purchase
An OK read, but doesn’t inspire me to read more in the series – 3 stars

This, the seventh outing for the Witch P I, sees Jill Gooder dealing with art theft, mysterious hauntings, a missing teenager, and Grandma’s bid to be elected to the Candleford Town Council. It offers more doses of Jill’s romantic entanglements (or, more accurately her lack of love-life), and dealings with the talking, one-eyed cat, Winky.

Although the mysteries that Jill is faced with might be different, the basic formula for ‘…When The Floodgates Opened’ is the same as the earlier books in the series. Blueberry muffins, custard creams, and child-like puns still feature heavily, and the addition of Hamlet, the book-loving hamster, is perhaps a step too far. That said, it’s well produced, light-reading, and Ms Abbott even attempts to rectify some of the plotting inconsistencies surrounding the issue of time standing still in the fantastical town of Candleford. However, I’m not sure that Jill simply forgetting about the suspension of time plastered-over that particular gaping hole with any conviction!

Overall, I enjoyed the first few books, but have to say I found this, and the previous book in the series, a little too repetitive and lacking the invention of the early volumes. Not a bad read, but it doesn’t inspire me to purchase book eight.

Peter Scott
5.0 out of 5 stars Mrs V disappears
Reviewed in the United Kingdom on 4 December 2019
Verified Purchase
Witch is when the Floodgates Opened ( Witch PI Mystery Book 7) by Adele Abbott
Our intrepid PI Jill Gooder springs into action when a priceless antique is stolen, Mrs V disappears, magic is needed to help a young girl at school, and Jill winds up in jail. Trouble with the Twins, with Kathy's children and Grandma stands for election to the Council. It all ends too soon.
Read more
Report abuse

W. D. Bradley
5.0 out of 5 stars Great Witch P.I. Book with plenty of murder, mad characters and addictive reading.
Reviewed in the United Kingdom on 23 September 2018
Verified Purchase
Another addictive Witch P. I. Book with plenty of characters and twists and turned. A bit short so better if borrowed through Kindle unlimited because there are 27 in the series and at around £4 for each shortish book it could be expensive. And this author is good enough to have you coming back for more adventures of Jill Gooder. Barry the dog and Winky the Cat are great characters too.
Read more
One person found this helpful
Report abuse

Mac3
5.0 out of 5 stars Mystery, adventure, humor
Reviewed in the United Kingdom on 4 June 2019
Verified Purchase
I love this series. I started reading book 1 and I have read 3 a week since then. I can’t put them down.
Stories are well written, with mystery, adventure, and humor. I loved all the books of the series and this book is no exception. I highly recommend reading it. Looking forward to the next one!
Read more
Report abuse

Sad Sid
5.0 out of 5 stars Good lighthearted read with mystery and magic.
Reviewed in the United Kingdom on 6 March 2019
Verified Purchase
I enjoy this series very much for it's mix of magic, family conflicts and investigations of crimes while not getting bogged down on any one subject, it just keeps flowing around all of them enough to keep me interested. I will go through the entire series eventually, (slow reader), and will miss it when it ends, hopefully never. Thank You Adele.
Read more
One person found this helpful
Report abuse
See all reviews
Report an issue
Does this item contain inappropriate content?
Report
Do you believe that this item violates a copyright?
Report
Does this item contain quality or formatting issues?
Report