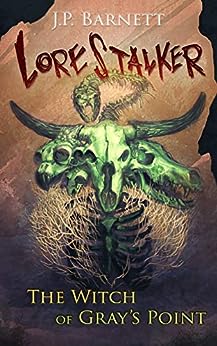 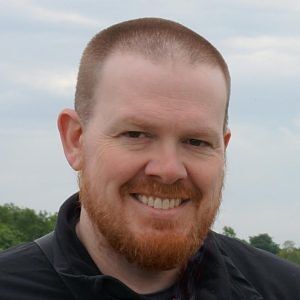 Miriam Brooks is equipped to battle the shape-shifting terror hiding in the darkness, but being forced to finally confront her father might just kill her.

“Miriam Brooks has to be one of my favorite fictional characters. She’s a fascinating blend of scientist, geek and unassuming super-hero; she’s also a hoot and a half to follow in her investigations.” ~ Readers’ Favorite Book Reviews, Jack Magnus (5 Stars)

To Miriam Brooks, a solo study trip to an abandoned desert ranch house sounds like the perfect respite from the world, a way to unwind and center herself after a string of unbelievable encounters with terrifying monsters. Yet the desert isn't devoid of life.

Something lurks outside her window, changing its form to suit its mysterious needs. She's familiar with the stories, but legend becomes reality when she stands face-to-face with a soulless copy of herself.

“This is a riveting story with a strong plot that will hold you spellbound from start to finish.” ~ Readers’ Favorite Book Reviews, Anne-Marie Reynolds (5 Stars)

EDITOR: A writer since age six and a professional one since nineteen, my initial editing experience came in the swarms of prose I pumped out into the world, only occasionally into the world of actual magazines, anthologies or e-zines. Soon, as I began selling more regularly, and as publishers took note of my longer works, I began freelance editing. I've edited screenplays, memoirs, novels, children's books and, would you believe it, epic narrative poetry. One of the novels I edited, Under the Tamarind Tree, was shortlisted among nine others for the 2014 Dundee International Book Prize. A charter member of The Greater Los Angeles Writers Society (GLAWS), I am also the managing editor of the organization's official publication, Literary Landscapes, which features stories, excerpts, articles and poetry (see issues here). In addition, I belong to the editing collective Write For Success, for which I perform manuscript critiques and consultation. As an author, I have published nine novels and almost fifteen short stories. --This text refers to the paperback edition.

J.P. Barnett grew up in a tiny Texas town where the list of possible vocations failed to include published author. In second grade, he worked harder than any other student to deliver a story about a tiger cub who singlehandedly saved the U.S. Military, earning him a shiny gold star and a lifelong appreciation of telling a good story.

As a child, J.P. consumed any book he could get his hands on. The likes of Stephen King, Michael Crichton, and Dean Koontz paved the bookshelves of his childhood, providing a plethora of fantastical and terrifying tales that he read way too early in life. Though the effect these books had on his psyche could be called into question, these masters of storytelling managed to warp his mind in just the perfect way to spin a fun yarn or two.

J.P. currently resides in Seattle with his wife and hellion of a cat, both of whom look at him dubiously with some frequency.

Amanda M.
5.0 out of 5 stars Fun, suspenseful, intelligently written
Reviewed in the United States on 24 November 2019
Verified Purchase
What a read! The Witch of Gray's Point had me reading every spare moment, and I only ever put it down rather begrudgingly. We have new characters (I am SO in love with Gabe!), as well as some old favorites (I'm looking at you, Miriam). This falls somewhat into the horror genre, but not the "I'm afraid to go to sleep because I'll have nightmares" horror. It's reads more like action-adventure with a supernatural twist.

Here's what I love about this author:
1) Pace. It keeps moving at a good clip, without sacrificing...(see #2)
2) Character development. These characters are really...human. They have so many facets and such depth! Real people aren't all good or bad, and neither are these characters.
3) Humor! And not just humor, but intelligent humor. This is the kind of stuff that makes me smile knowingly, plus the one-liners that have me laughing out loud.
4) Thorough descriptions that set the scene, but don't get overly verbose. Because I want to know what to picture in my mind's eye, but I don't need to know what every blade of grass is doing. Also, you will find descriptions of more than just the visual--because we have more than just one sense. It makes for a more immersive experience.
5) Strong female AND male characters in real romantic and platonic relationships. This is NOT the cheesy forbidden love with all the heaving bosoms that you so often see in modern supernatural books.

And the twist at the end just killed me! These books just keep getting better. So excited for the next one!
Read more
3 people found this helpful
Report abuse

Ivan
5.0 out of 5 stars What doesn't kill you makes you a better monster hunter?
Reviewed in the United States on 4 September 2020
Verified Purchase
Miriam Brooks finds herself caught between a supernatural shape-shifting terror and her father - a man she's tried to avoid. This is very much an R.L. Stine Goosebumps style book (albeit for an older audience). The characters are nicely done and the pacing and story are great. Something to note, though, is that this is the third book in the Lorestalker series and as such certain references to events from previous books may go over your head if you haven't read the other two books in the series. Still, with that said; this is a very cool urban fantasy novel and if you like this type of book I'd say give it a go. If you're curious then do the same but make sure to read the previous two books first so that you don't get confused.
Read more
One person found this helpful
Report abuse

Greg
5.0 out of 5 stars A great twisted read
Reviewed in the United States on 18 January 2020
Verified Purchase
If you like a book that you can't always keep up with then this is the book for you. The characters are well written and make a great transition from the last book. Miriam is truly in her element here and the story moves her along as well as the reader and as you think you have it figured out it changes direction on you. I always enjoy stories that keep you guessing and this one kept me guessing till the end. I can't wait for the next book in this series. Keep them coming!!!!!!!
Read more
Report abuse

Becky L. Ice
5.0 out of 5 stars Best Yet!
Reviewed in the United States on 9 May 2020
Verified Purchase
LOVED The Witch of Gray's Point! Presented new horrors that I had never heard of before...and in a location that I had always thought of as being beautiful, peaceful. Knowing the main characters eased me immediately into the action. Reading what they become exposed to horrified me! Great read!!
Read more
Report abuse

liz demoss
5.0 out of 5 stars Loved it
Reviewed in the United States on 31 October 2020
Verified Purchase
Kept my attention
Read more
Report abuse
See all reviews
Back to top
Get to Know Us
Make Money with Us
Let Us Help You
And don't forget:
© 1996-2021, Amazon.com, Inc. or its affiliates