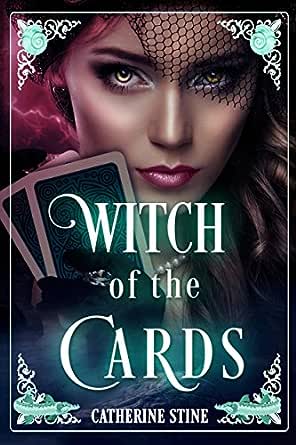 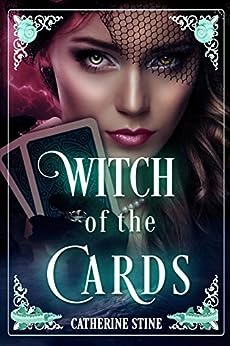 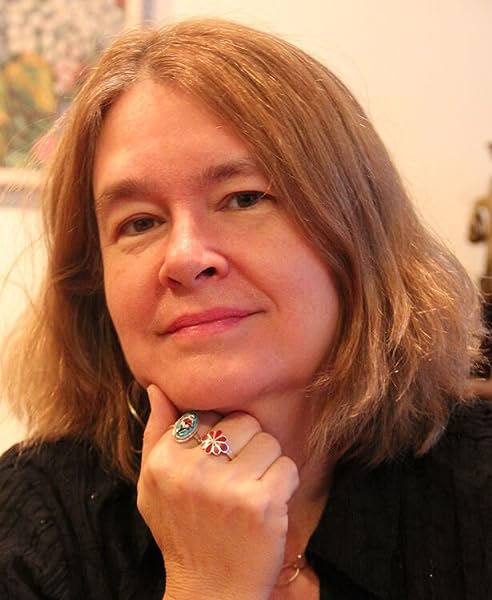 Witch of the Cards Kindle Edition

Catherine Stine is a USA Today bestselling author, whose novels span the range from futuristic to supernatural to contemporary. Her Fireseed sci-fi romance series includes Fireseed One, Ruby's Fire and the sequel novella Blue House Magic. Dorianna, her twist on the Oscar Wilde classic won Best Horror Book in the Kindle Hub Awards. Other books include Heart in a Box and Witch of the Cards, a supernatural historical thriller set in 1932 on the Jersey shore. She also writes romance as Kitsy Clare. Her Art of Love boxed set follows artist Sienna's life and loves in New York City. Catherine suspects her love of dark fantasy came from her father reading Edgar Allen Poe to her, and her love of contemporary fiction comes from being a jubilant realist. She loves "bad" reality TV, travel to offbeat places and meeting readers. --This text refers to the paperback edition.

lesley mitchelmore
2.0 out of 5 stars 'Penny Dreadful'
Reviewed in Australia on 18 February 2019
Verified Purchase
I wanted to like this read however I struggled! I persevered to the end but I struggled!r In the very old days reads like this were termed as "Penny Dreadfuls' cause you only paid a penny and it was usually not a good read! In respect to the author it wasn't that horrible but, I wouldn't be reading it again. Good maybe for a quick read on the plane to that holiday destination!
Read more
Helpful
Report abuse
See all reviews

Heather Abbasoglu
5.0 out of 5 stars Great descriptive takes you back in time!
Reviewed in the United States on 13 May 2016
Verified Purchase
This is my first time reading any book by Catherine Stine but it most certainly won't be the last! Witch of the Cards is well written, Taking place in the 1930s in New Jersey on the shores of Asbury Park. Author's attention to detail throws it back in that time and you feel yourself on the boardwalk exploring and experiencing the Jersey shore from that era.
Times are hard 1932 and Ivy is bestowed a weeks vacation paid by her employer down the shore. Ivy befriends Dulcie, and immediately the 2 are enjoying some fun on the boardwalk. A twist of destined fate lands the two of them a seat in a room for a séance in a little shop off the boardwalk. A power is tapped from within that will soon be unleashed. Ivy's infant name Fiera is exposed leaving her vulnerable to someone who knows her lineage and powers before they even begin to develop. Someone wants that power to themselves but will need what only Fiera can possess. Can Fiera use her powers to save the ones she cares about most and rid the boardwalk of the evil looming to destroy in the name of evil? Read it to find out!
Read more
3 people found this helpful
Report abuse

Wants Time to Read
4.0 out of 5 stars Rich in detail, good female lead
Reviewed in the United States on 14 May 2016
Verified Purchase
Witch of the Cards is a fascinating read. The pages really come to life thanks to great characters and rich historical detail. The book is about Ivy, who grew up in an orphanage and knew nothing about her origins. She knew she had a bit of a sixth sense, though, and on a trip to Asbury Park on the Jersey Shore, she discovers why. She was born Fiera, a sea witch. She also discovers the dark story of her birth and is confronted by a powerful enemy. At the same time, she has to decide if she can trust the man she wants.

I enjoyed this book. Fiera is a strong female protagonist who face her fear, and I'm always a sucker for that. The writing is so good, with cool little details that bring scenes and characters to life, as when Fiera described her boss as difficult because she wants the "furniture polished twice a week at ten am sharp and only with her castoff stockings so the mahagony wouldn't scratch."

The cameos of famous people like Salvador Dali were tons of fun, and so were the action sequences. They were trippy and vivid and I loved them. I also enjoyed Fiera's connection to the sea and its creatures. If you like plots with magic and romance, I think you'll like this book.
Read more
3 people found this helpful
Report abuse

Michael Thal
5.0 out of 5 stars Historical Occult Novel
Reviewed in the United States on 13 May 2016
Verified Purchase
Twenty-two year-old Ivy Lorena is the nanny for Mrs. Cothbert’s spoiled young son on Manhattan’s Upper East Side. When her employer gives her a rare week vacation along the Jersey Shore, Ivy is overjoyed. Even though she grew up in a Brooklyn, NY orphanage, she had rarely seen the ocean nor learned how to swim. All of that will soon change.

Ivy quickly makes friends with Dulcie, a rich girl from Madison, New Jersey and as the duo walk along the boardwalk, they note a sign in a window celebrating the owner’s first month in business—a card reading. Normally, Ivy wouldn’t try something like this, but it’s vacation time and she’s looking for adventure, more than she could ever imagine.

It’s the summer of 1932. America was deep into the Great Depression with bread lines snaking around blocks and the homeless camping out in parks. Catherine Stine’s historical novel, Witch of the Cards, offers a suspenseful story of the occult as well as an enchanting love story.

During that first séance we meet most of the cast of characters. Peter Dune is the proprietor of Tarot and Séance. He is extremely handsome and Ivy is drawn to him immediately. He is also not who he says he is. His assistant, Opal is a teenage girl with wise but sad eyes in need of a mentor. Latecomer to the séance, businesswoman Alyse Bone, is beautiful as well as mysterious.

Ivy hopes the card reading will give her a clue into her unknown origin and strange abilities she tells no one about. Hint to reader: Ivy was not disappointed.

In her 268-page thriller, written in Ivy’s voice, author Catherine Stine does a superb job keeping readers on the edge as Ivy learns her real birth name, Fiera, and her powers of intuition were inherited from a woman no one would want to call “Mom”.

Witch of Cards is one novel readers will have trouble putting down.
Read more
3 people found this helpful
Report abuse

C. Lee McKenzie
5.0 out of 5 stars Witchery on The Jersey Shore
Reviewed in the United States on 10 July 2016
Verified Purchase
The strengths of this story are the questions it raises, and then teases you with. How can Fiera not be aware of her powers? Why is she gradually becoming more aware of them now? What is the sudden psychic connection between her and Peter? What draws Fiera into the sea? Who is the mysterious Alyce Bone with her seductive taffy and absinthe? You keep looking for the answers, but they're always just ahead in a future chapter, so you must read on to find out.

Set at the Jersey Shore in the Depression Era, Witch of Cards gives you a glimpse of those times: the unemployment, the poverty and the wild, clandestine Speak Easy days of the thirties. It gives you the sounds of that period's slang and brings to mind the old James Cagney portrayals of the tough-talking and often seedy characters.

It's a well-edited book with a fantastic cover that grabs your attention, and if you're into witchery you'll enjoy the read.
Read more
One person found this helpful
Report abuse

J. A. Massa
4.0 out of 5 stars Enjoyable paranormal romance set in the 1930s on the Jersey Shore
Reviewed in the United States on 26 March 2016
Verified Purchase
While romance is not my genre, I do love historical fantasy, especially novels featuring real people and events, with the supernatural portrayed as a secret undercurrent or cause. So I loved the inclusion of the famous Moro Castle shipwreck as a key plot element. Salvador Dali and Bela Lugosi playing bit parts? Fabulous.

The 1930s setting is well-researched and convincing. The bleakness of the Great Depression, and the glittering remnants of the Jazz Age, all come vividly to life. Catherine Stine has a gift for sparkling language and knows how to tell a good story.
Read more
3 people found this helpful
Report abuse
See all reviews
Back to top
Get to Know Us
Make Money with Us
Let Us Help You
And don't forget:
© 1996-2021, Amazon.com, Inc. or its affiliates