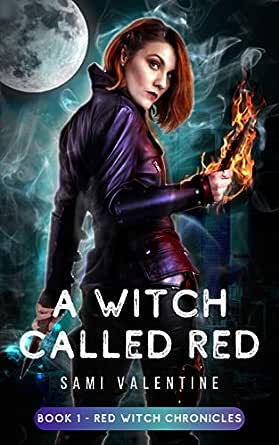 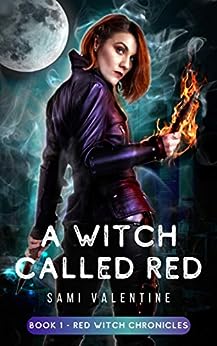 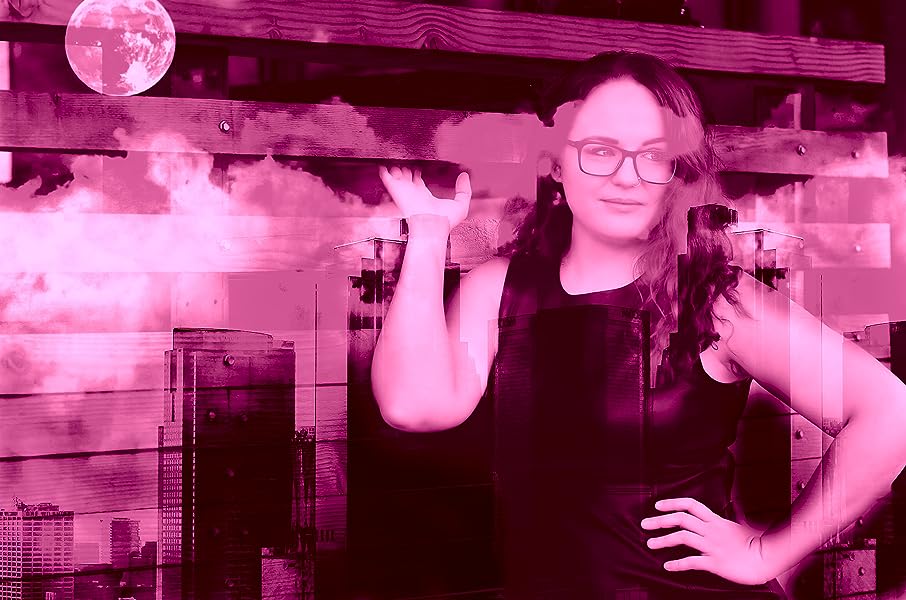 In the dark underworld, she is known as Red, a witch trained as a supernatural bounty hunter, where she came from is a mystery.

When a murdered model washes up on a beach, Red knows the bite marks on the victim can mean only one thing. Teaming up with Lucas, a punk rock vampire with a soul, Red goes to Los Angeles to investigate.

Instead of angels in the shadow of the Hollywood Sign, she only finds more bodies. And a city run by a vampire queen in Lululemon teetering on the brink of supernatural civil war.

Red needs to keep her wits sharp. And her stake sharper. Or she'll die before she even learns her real name…

The reviews are in!

"It was gritty, thoughtful, it had original characters and Lordy, I loved the action! Red can be by backup anytime, and bring friends, too."

"This is an incredible book, I honestly read it in one go!"

"A strong beginning which draws you straight into Red's world, with intriguing and smoldering characters. Leaves you wanting more."


A Witch Called Red is the first book of the Red Witch Chronicles, a gritty urban fantasy series containing magic, complicated characters, paranormal adventure, and vampire mayhem along with swearing, violence, and sexual situations. If you liked the snark of the Hollows series, the thrilling action of the Mercy Thompson series, and the dark fantasy world-building of the Kate Daniels series, then this is for you!

Trina H
TOP 1000 REVIEWER
5.0 out of 5 stars Great start to new series
20 November 2019
Format: Kindle Edition
What a great start to a new series and a new author for me. Lots of action and many twists and turns. It is hard to know who Red, the main character, can trust. Love the ending which leads straight into the next book, which I can’t wait to read. Hope there is more romance for Red in the next one. Definitely worth the read, hope it comes out as an audiobook soon so my son can listen to it, he can’t read.
"I received a free review copy of this book and am voluntarily leaving a review."

andrew from australia
TOP 500 REVIEWER
4.0 out of 5 stars Strangely engrossing!
22 January 2020
Format: Kindle Edition
Despite the grammaticals and extraneous pronouns at the most tense moments in the story, I found this strangely addictive and engrossing.
Look forward to the next in the series!

Doug Williamson
5.0 out of 5 stars All is not as it seems in the City of Angels
23 November 2019 - Published on Amazon.com
Format: Kindle Edition
Out heroine has been claimed by a vampire, but can't remember anything about her past. Now she is on a case in LA where everyone seems to know something about her past, but no one is talking.

This is book one of a rough and tumble urban fantasy series. There is a prequel story which gives a good grounding in the setting and the background of our main characters, but it not necessary to read it before jumping into this one.

This story was well written and packs a complex plot with lots of unexpected twists and turns. The characters are well developed and definitely have their own unique personalities, with both strengths and flaws. The setting is also complex and I feel like we have just scratched the surface of all it has to offer.
The story was action packed from start to finish and kept my attention. Overall, an excellent weekend read and I am looking forward to the next volume.

Angélica Magalhães
5.0 out of 5 stars A Great Start to a New Series
21 November 2019 - Published on Amazon.com
Format: Kindle Edition
I received a free review copy of this book and am voluntarily leaving a review.

This book caught my attention right from the first page. The narrative is fluid and enticing. Sami Valentine's writing style is great. Sometimes it's hard for me to express how good a book is and I end up not saying anything but, in mind, there are so many expressions and raves for a book.

It always comes to my mind those old cartoons I used to watch on TV. Where to entice your prey one character has a potion or something very aromatic and you can see the fumes slowly approaching the target and a hand forms at the end of those fumes mesmerizing the target and Bam! You're caught. That's my visual image of a great book. It catches you when you start reading and it makes it difficult to put down for mundane life. And you do put down, because of life, you can barely wait to go to your reading. That's what A Witch Called Red was to me.

I went on a trip to this world created by Sami Valentine and it was really hard to get off the bus. And this book took me to so many twists and turns that I had to stop for 5 minutes sometimes and breathe because of my anxiety. I didn't want the book to finish but I did want to know what happened. So I got to the end. And it was great.

There was some development in the characters and I feel that they will change and grow and that's all I expect from my characters. Growth and development. Vic was my favorite. I love Red, too. Don't get me wrong but Vic is special. His mullet and his redneck ways are adorable. I liked Novak better than Lucas. Red and Vic were flawed and they felt real.

The plot was very interesting. I found out the culprit before the main character but I wasn't so sure about it. The most surprising thing was the motivation behind the plot to take over the city. The villain wasn't bad just because he was the villain. His plans had a strong motivation that for a minute makes us sympathize with him a little bit or, at least understand his motivations, even though this didn't excuse what was done to achieve such goals.

The conclusion left us with certainty that more was to come to our "heroes" and I'm excited to read the next book in the series.

Aimee
5.0 out of 5 stars Amazing Book, Look Forward To More
20 November 2019 - Published on Amazon.com
Format: Kindle Edition
Red and Vic are on their way to LA, due to a phone call Vic got from an old friend. There is a murder that happened there Vic's old friend needs there help. One the way there, they run into a bit of trouble. Quinn sends someone to come and help. When this man sees Red, he tells them to leave, he drives off.
They manage to get to Quinn's office, only to find vampires had broken in and were trying to find something. They find Quinn and he was knocked out. Quinn has a reaction seeing Red, but doesn't say anything. They all go over the murder and the help Quinn needs.
Red and Vic end up in a club, looking into a new murder. A vampire comes over to talk to her, when Vic is on the upper level. He manages to mark her and claim her. She is thrown through a loop
Comes to find out she had a face, that a lot of them was in the past. Red doesn't know who she is or who this person is to her. But curiosity is getting to her. She grows closer to Lucas as they work together, he remembers her of the man from her dreams.
Red doesn't know who is committing the murders, she knows it is a vampire. It could be their lives to try to find out.
There is so much action in this book, some romance, a lot of back story to all these characters. Didn't see the person that was behind it all.
I am already wanting book 2. I can't wait for more in this series, this was a great read. You have something in there for everyone.

LeMiliere
5.0 out of 5 stars The characters are interesting, the world-building is complex
20 November 2019 - Published on Amazon.com
Format: Kindle Edition
I had only read a short prequel story by this author before readings A Witch Called Red so I wasn't sure what to expect. This book is the first book in the “Red Witch Chronicles” it tells the tale of a witch who wakes up in a hospital bed with no idea how she got there or any memories of her previous life or even her name. She was rescued by Vic who gave her the name Red because of her hair colour. Red had been attacked and bitten by a vampire who has somehow whipped everything from her mind.

The world in which Red herself is a world populated by vampires, demons, witches, and who knows what. Red joints Vic and becomes a bounty hunter whilst trying to obtain revenge and perhaps find her past?

The story takes place in Los Angels, one of Vic’s friends needs help to solve /stop a series of murders happening in the city. But Red seems to find some faces familiar - does she know them?

The writing style is smooth flowing and easy to read whilst remaining fast-paced. The characters are interesting and well-developed, the world-building is complex and well done. I am looking forward to the next book in this series.

I read an ARC of this book and am voluntarily writing my review.
Read more
Go to Amazon.com to see all 42 reviews 4.5 out of 5 stars
Get FREE delivery with Amazon Prime
Prime members enjoy FREE Delivery and exclusive access to movies, TV shows, music, Kindle e-books, Twitch Prime, and more.
> Get Started
Back to top
Get to Know Us
Make Money with Us
Let Us Help You
And don't forget:
© 1996-2020, Amazon.com, Inc. or its affiliates