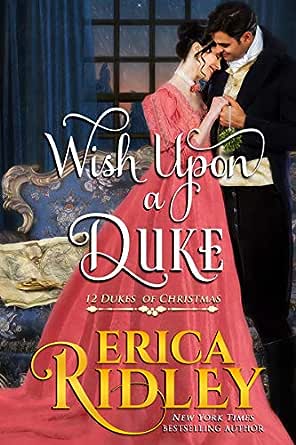 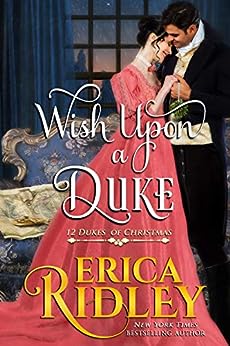 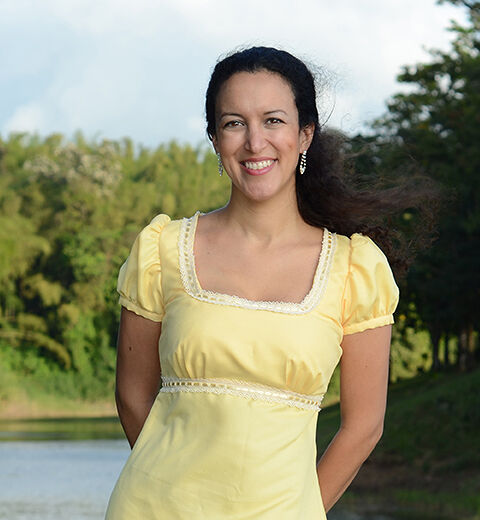 4.3 out of 5 stars
4.3 out of 5
743 global ratings
How are ratings calculated?
To calculate the overall star rating and percentage breakdown by star, we don’t use a simple average. Instead, our system considers things like how recent a review is and if the reviewer bought the item on Amazon. It also analyses reviews to verify trustworthiness.

Brutally Honest Reviews
TOP 100 REVIEWER
5.0 out of 5 stars Lovely addition to the series!
Reviewed in Australia on 22 November 2018
Third in Erica Ridley’s charming The 12 Dukes Of Christmas series of novellas, Wish Upon A Duke follows Christopher Pringle, the younger brother of Nicholas who found his match in Kiss Of A Duke.

After a life in his brother’s shadow, Christopher has fairly simple wants and needs, and the one thing he desperately wants is a wife. Honestly, he thinks his requirements are fairly broad - rational, logical, must love travel - so Gloria, the matchmaker whose help he engages, shouldn’t have too much difficulty helping him find a wife.

Gloria’s beautiful herself, but utterly unsuitable, of course. Her wild flights of fanciful imagination drive him around the bend, but above all, she won’t set foot outside the town of Christmas.

Watching Nicholas fall for Gloria quite against his own will and inclination was delightful, and the story also flips on his head the trope (which I despise) of the woman giving up what she cares about to be with the man. Instead, Nicholas made the decision to give up a dream to be with Gloria, hoping and trusting that she might one day be able to share his dreams, but more than willing to accept her and love her either way. It was well done and genuinely romantic, the kind of moment which brings a lump to the throat.

This is another lovely addition to a delightful series I’m really enjoying. Five stars.

Disclaimer: I received a copy of this book for review through NetGalley.
Read more
Helpful
Report abuse

Bernadette Aitken
4.0 out of 5 stars Matchmaker or match?
Reviewed in Australia on 21 November 2018
What a lovely story! This is the third book in this series and it introduces us to two very stubborn characters. Neither of them is able to see a way around their set path in life. They have cocooned themselves in their own self imposed safety cage to avoid heartache. Christopher is constantly on the move and Gloria will not leave Cressmouth.
Christopher makes a great first impression until he opens his mouth and criticises Gloria’s star walk discussion on the names of stars and constellations. Little does he know this is the second part of the walk and he has come into the discussion without knowing what came beforehand. He believes that rules were made to be followed. This includes cooking and science. His frustrations with Gloria’s imagination rolls of the page in waves. It’s something you can feel as a reader and it’s funny.
Gloria does not correct Christopher’s opinions about her knowledge of the stars, and agrees to act as his matchmaker. As they spend time together they fall in love. What should be a lovely time is full of anxiety and fears. They each reveal parts of themselves they have always kept hidden.
Stepping out of their comfort zone is not easy, but could it be worthwhile? Read this lovely story to enjoy the interactions between these two and find out what happens when all of the ladies in Cressmouth swap their attention from Nicholas to Christopher.
Read more
Helpful
Report abuse

Roslyn :)
5.0 out of 5 stars great holiday read
Reviewed in Australia on 13 December 2018
This is the 3rd book in the series 12 Dukes of Christmas and they are truly a joy to read. What better place to read about than a town called Christmas where love and joy blossom all year round. The characters in this book could not be more different in one way but in other ways so much the same. They are both scared of living life to the fullest until they find one another and they discover that together they can find where they belong. As usual Ms Ridley has written with warmth, humour and love. For a holiday read anytime of the year you can’t go wrong with these books. Each book flows from the one before but can all be read as standalone. I received this book as an ARC.
Read more
Helpful
Report abuse

MsT
5.0 out of 5 stars A wonderful Read
Reviewed in Australia on 20 November 2018
I was sent an ARC of this title by the author and decided to do an honest review.
This is the third book in the 12 Dukes of Christmas series and as I have had the luck to review book one and book two I will just say this is a laugh out loud filled story that goes very well with books one and two. Christopher Pringle is looking for a wife to share his life that is filled with travel and seeing the world. His matchmaker is Miss Gloria Godwin who would love to travel but is afraid to venture out into the wide world. The pairing of these two wonderful characters and their warring relationship kept me glued to the pages. I highly recommend this series and book to all readers who love an love hate relationship at the beginning that ends in a wonderful christmas romance. I look forward to reading the next wonderful story in the series.
Read more
Helpful
Report abuse

Annette
TOP 500 REVIEWER
5.0 out of 5 stars Fun-loving Regency Tale!
Reviewed in Australia on 20 November 2018
Another enchanting book in this series. Gloria and Christopher want different things but can’t seem to stay away from each other. Can they learn to compromise before it is too late? Humorous dialogue, well-written storyline and realistic characters, make this a book not to be missed.
I received an ARC copy of this book and am voluntarily leaving an honest review.
Read more
Helpful
Report abuse
See all reviews

Liz Mackie
4.0 out of 5 stars Can Opposites Attract?
Reviewed in the United Kingdom on 28 November 2018
Verified Purchase
Christopher Cringle is about to set out on the adventure of a lifetime and it’s one he would love to share with his bride. As a favour to a friend Gloria Godwin endeavours to help Christopher find his ideal woman. But although she finds several candidates that match up to his particular list of requirements Christopher finds himself drawn more and more to Gloria who pretty much drives him to distraction with her complete disregard of rules and her re-naming of the constellations. Is it a case of opposites really do attract but can it last?

The further into the 12 Dukes of Christmas series I get the more I love it. This book is a short, heartwarming addition to the series just perfect for this time of the year. The hero is a product of his upbringing but gradually Gloria makes him relax more and not take everything so seriously. At the same time Christopher encourages Gloria to break free of her comfort zone and to try new things. I loved that neither of them had to give up everything for the other. They learnt the art of compromising. And catching up with some familiar characters in this book was an added bonus. Can’t wait for the next book in the series.
Read more
Report abuse

Sandra W
5.0 out of 5 stars Witty & Charming Festive Treat
Reviewed in the United Kingdom on 22 November 2018
Verified Purchase
Really loving my visits to Christmas so far and this latest addition was no exception. Gloria and Christopher's story is sweet, witty, a little spicy and rather endearing. I always get swept away by Ridley's books as I can't help falling in love with each character and their own unique blend of wit, touching charm and, oddly enough, dare I say delightful imperfections, as a result I remain cuddled up on the sofa fully absorbed, until the last page and Wish Upon A Duke is definately a treat you'll want to indulge in in one sitting. A touchingly heart warming story, with the delightful addition of some reoccuring characters and a good bit of traditional festive fun.
Can be read as a stand alone but would highly recommend you read the whole series, can't wait for book 4. Loved it!
Read more
Report abuse

Mr. P. A. Bennington
4.0 out of 5 stars A Good Story
Reviewed in the United Kingdom on 11 November 2020
Verified Purchase
Gloria is looking for a duke to marry, and Christopher, who is second in line for a dukedome is in Cressmouth (aka Christmas) on holiday looking for a wife. It would seem that they are off to a good start except that both seem to embody many traits that the other doesn't want! I found this book to be an amusing and engaging read.
Read more
Report abuse

Kindle Customer
3.0 out of 5 stars Irritating
Reviewed in the United Kingdom on 2 November 2020
Verified Purchase
I kept expecting the grinch to appear. The unrealistic setting just got so irritating I couldn't finish. I usually like this author but this is not for me. By the way not a mountain in England that has snow on it year round. It just edged too much into fantasy for me.
Read more
Report abuse

Rosie
3.0 out of 5 stars An interesting dilemma
Reviewed in the United Kingdom on 6 November 2020
Verified Purchase
Gloria lives her adventures through books, not willing to travel, but then a dilemma. She falls in love with Christopher, a real adventurer, and he with her. Does she go or does he stay? Very interesting and different.
Read more
Report abuse
See all reviews
Back to top
Get to Know Us
Make Money with Us
Let Us Help You
And don't forget:
© 1996-2021, Amazon.com, Inc. or its affiliates