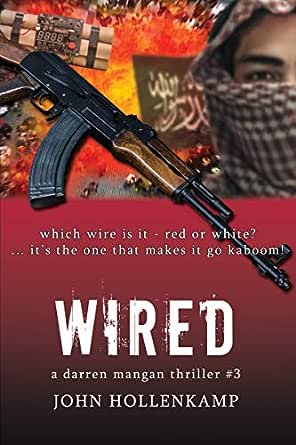 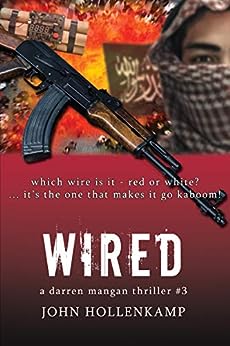 Jennifer Cameron-Smith
TOP 10 REVIEWER
4.0 out of 5 stars ‘Everything had been a rush this morning.’
Reviewed in Australia on 18 May 2020
Verified Purchase
Fasten your seatbelt. You are in for quite a ride. If you haven’t already met Darren Mangan, then I strongly suggest reading ‘Stealth’ and ‘A Tropical Cure’: you’ll get to know some of the characters so much better, and to appreciate Darren’s backstory.

In this, the third and (Mr Hollenkamp tells me, final) Darren Mangan thriller, there are a few different strands to follow. There’s Darren himself, in Townsville, driving his cab minding his own business when his old mate Nick Powell gets in touch. Nick is in trouble: he just does not know how much.

Also, in Townsville, Detective Joel Shallowater, returns to work after recovering from near fatal injuries on his previous case. Joel is unhappy about being assigned a desk job for two months. He has been assigned to the newly formed Criminal Gangs Squad with Inspector Richard Wilder, and a new team member. Like Joel, Tessa Jones is indigenous, but her experiences have been vastly different.

And in France, Haroun Ibrahimi, a devout Muslim, is becoming more extreme. His friend, Khalil Bouhouche, is unwittingly drawn into a terrorist plot involving the mass murder of tourists on the ferry between Townsville and Magnetic Island.

I have read all three of the Darren Mangan novels and enjoyed them all. This novel is more complex than the previous two, and while it took me a while to ‘get into’ the French connection, it fits neatly into the whole. Once I started reading, I found it very hard to put down. As the action moves between characters and situations, I kept turning the pages to try to work out how it was going to end and who might survive.

There’s plenty of action in this novel, as well as tragedy, double-dealing, and some ruthless criminals. There’s murder and mayhem, and an ending that had me wanting to reach into the story and change one aspect of what might happen next. Sigh.