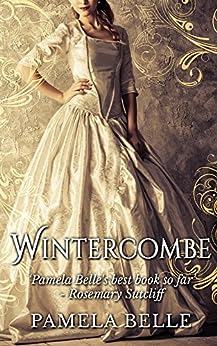 avidreader
5.0 out of 5 stars A sprawling epic, every word savoured
Reviewed in the United Kingdom on 16 June 2017
Verified Purchase
A wonderful, sprawling, rambling epic of a book - and I loved every minute of it. I would hazard a guess that it almost twice as long as most other books in this genre, but not a word is wasted; for me, the added joy is that the author has researched the period, and specifically the area where she sets her book, extensively, mixing real characters alive at that time with fictional ones, making the story jump off the page. The portrayal of life at that time, and in those circumstances, is told vividly, and encompasses every area, from domestic arrangements to the real hardships, physical and mental, suffered at the hands of the Lt. Col. who occupies the house; a real-life character, apparently an exremely unpleasant person.

The story of Silence, a woman brought up as a Puritan, but with a heart and mind that rebels against the restrictions imposed by her unloving husband and his scheming, nasty mother, is told sympathetically, without glossing over any real or imagined shortcomings. Her relationship with her own children and her stepchildren is delightful - and often difficult - as are the children themselves. When their home [while her husband is away, fighting for the Roundheads] is taken over by Royalist forces, the family and their servants have to make huge and unwelcome adjustments to cater for this invading horde.

From a beginning of mutual distrust, dislike and antipathy, the author shows us the growing relationship between a Royalist Captain and a Puritan woman, very slowly turning from friendship and a meeting of minds to the inevitable growth of love.

I highly recommend this story - I am going to embark on the second book in the series.

hermits rest
5.0 out of 5 stars A book you can drown in
Reviewed in the United Kingdom on 20 August 2019
Verified Purchase
I first read this book many years ago and when I discovered they were on kindle, bought the whole series immediately. It's an astonishingly good read with the right balance of historical and social events from the English Civil Period, covering the Parliament/Puritan side. The characters are well formed and it is just so easy to lose yourself in this book and the rest of the series. This is one of my Old Faithful reads and I read this one and The Moon in the Water at least once a year.
Read more
One person found this helpful
Report abuse

Jill
5.0 out of 5 stars A lovely 17th Century love story
Reviewed in the United Kingdom on 3 June 2016
Verified Purchase
I have just re-read this old favourite from the 1980/90s. I loved it just as much this time as twenty years ago. It is lovely love story set against the backdrop of the English Civil War. It is less about the war itself than the effects of it on a 17th Century household, although the differences between the Roundhead and Cavalier outlooks are clearly and vividly defined. I loved the development of the characters especially the hero and heroine and the older children. It is such a shame that this book is out of print, nor available on Kindle, though I did track down a second hand copy via Amazon to replace my ageing thirty year old paperback. I now want to reread the rest of the series.
Read more
2 people found this helpful
Report abuse

Amazon Customer
5.0 out of 5 stars New favourite author
Reviewed in the United Kingdom on 18 September 2017
Verified Purchase
I loved this book!! it is so well written. It is historical without being longwinded. The characters are vivid and real, I could not put it down and went on to read the next book right away. I cant believe I have never heard of this writer before but she is my new favorite..... Ah the joy of kindle!!!
Read more
Report abuse

suzi h
5.0 out of 5 stars A true Cavaliers tale....
Reviewed in the United Kingdom on 16 May 2018
Verified Purchase
A stunning tale of love found and lost midst the chaos of the civil war. Strongly rivals and possibly surpasses the talented writings of Gregory and Weir who cover Tudor period so well. Belle brings the period alive. Read and enjoy this excellent series.
Read more
Report abuse
See all reviews
Back to top
Get to Know Us
Make Money with Us
Let Us Help You
And don't forget:
© 1996-2021, Amazon.com, Inc. or its affiliates