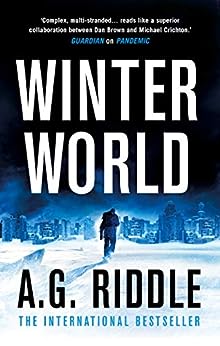 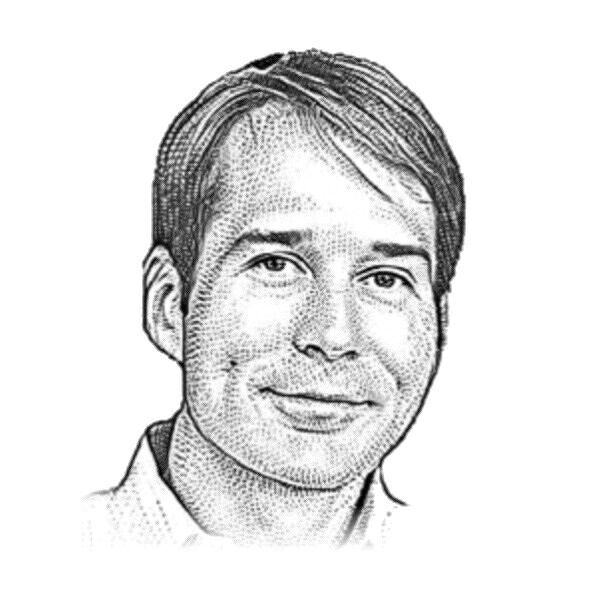 PRAISE FOR A.G. RIDDLE:
'This is apocalyptic sci-fi at its best. Plot and character are masterfully woven together and the action – which is anything but frozen – sling-shots from stage to stage like an intergalactic spaceship' Daily Mail.
'A complex, multi-stranded narrative spanning 700 pages that reads like a superior collaboration between Dan Brown and Michael Crichton' ― Guardian, on Pandemic --This text refers to the hardcover edition.

4.4 out of 5 stars
4.4 out of 5
4,638 global ratings
How are ratings calculated?
To calculate the overall star rating and percentage breakdown by star, we don’t use a simple average. Instead, our system considers things like how recent a review is and if the reviewer bought the item on Amazon. It also analyses reviews to verify trustworthiness.

Tim Phillips
2.0 out of 5 stars Stretches credibility to breaking point and then goes way over the top.
Reviewed in Australia on 3 February 2020
Verified Purchase
basically a good story but too many huge holes in credibility. The entire earth covered in ice but apparently no food problems. The world population has crashed, billions dead but apparently there is no civil unrest and society is still functioning as usual. We are led to believe that constructing and launching spacecraft takes no effort at all. Apparently the planet being completely covered in ice had no effect on manufacturing or raw materials. Traveling to the outer reaches of the solar system only takes weeks and when the enemy is defeated and the climate returns to normal it only takes months for everything to return to normal. Too many things do not make sense and this unfortunately make the whole story frustrating to read. The 2nd chapter in the saga seems to continue in the same vane and that means I will not be purchasing. It is a pity as I really wanted to enjoy this book.
Read more
2 people found this helpful
Helpful
Report abuse

Roger
4.0 out of 5 stars Compelling page turner but don’t rob yourself by stopping at the first book
Reviewed in Australia on 8 May 2020
Verified Purchase
It’s a trilogy, crafted from and end that will hurt you brain but not your heart. Each part of the trilogy satisfies like great food. Full, but you want to return for more. There are a few licences taken with the science, but the humanity of the story rings true.
Rather than tacked on sequels, the greatest power is in the final book. While it’s definitely in the Sci Fi genre, it’s really about us, what defines our humanity. It’s about experiencing enough to be able to face our own end with eyes wide open and not letting tomorrow’s death rob us of today’s gifts.
It’s a cracker yarn.
Read more
Helpful
Report abuse

Elizabeth G. Mari
5.0 out of 5 stars Brilliant
Reviewed in Australia on 7 March 2019
Verified Purchase
I just read an incredible story with the most fabulous characters I have come across in a while. The story line is fabulous and flows along quite nicely. Like all his other books I just find them all such a pleasure to read
I really hope people will buy this book and go along for a great ride
Read more
One person found this helpful
Helpful
Report abuse

Carlien
5.0 out of 5 stars Great book
Reviewed in Australia on 9 March 2019
Verified Purchase
I have read all his books and look forward to each new one. This did not disappoint. Great characters and great writing that allows you to feel part of the story. Waiting for the next.
Read more
One person found this helpful
Helpful
Report abuse

David Powell
5.0 out of 5 stars Great book
Reviewed in Australia on 30 January 2020
Verified Purchase
Excellent novel, well written with an intriguing storyline. Excellent characterisations making you invest in their journey through the novel. One of the best science writers in the business love his novels. Can’t wait to read book 2 in the series.
Read more
Helpful
Report abuse

Paul
1.0 out of 5 stars First person + present tense = unreadable
Reviewed in Australia on 16 October 2020
Verified Purchase
I loved Pandemic. I bought this book - sight unseen - on the strength of that alone. Little did I know the horror that awaited me.

I know it's considered trendy and accessible to use first person, present tense, but all it does is make for unwieldy prose. Please, no more!

I should have been wiser and downloaded a sample first. Next time, I guess. At least it was on special when I bought it...
Read more
Helpful
Report abuse

phiz
5.0 out of 5 stars A gripping read
Reviewed in Australia on 13 May 2019
Verified Purchase
Exciting and thoroughly intriguing storyline, sub-plots and characters that are very well developed and, as a whole, held my attention throughout. I could not put this book down and am very much looking forward to the conclusion of 'Winter World'
Read more
Helpful
Report abuse

flavia riva
5.0 out of 5 stars Excellent
Reviewed in Australia on 4 December 2020
Verified Purchase
Loved winter world. Don’t usually like science fiction but this book was easy to read kept you interested before I knew it I had finished it.
I have bought the two sequels
Read more
Helpful
Report abuse
See all reviews

S. Scaux
4.0 out of 5 stars A global ice age... pushes the human race to the brink of extinction.
Reviewed in the United Kingdom on 21 August 2019
Verified Purchase
I've really liked all of A.G. Riddle's other books. The premise of the book was quite good, but the execution was a bit weak. The Long Winter, Doesn't focus enough on the “winter apocalypse" and its effects on mankind. It is used mostly for set up to a space combat story. Sort of a mash-up of the movies Armageddon, Independence Day, and the Day After Tomorrow. Most of the book is spent on the male protagonist, who is made out to be a super-genius, superhero, Great Leader, etc. The heroic female protagonist was well presented at first, then was turned into basically a whiny girlfriend. There are a lot of holes in the time frames, the science and technology, the strategies, and the motives of the antagonists. The big secret reveal near the end is keeping me interested in reading the next book but I think the romance should needs to take a step back. The winter apocalypse and it's effect on mankind should have been greatly expanded. The main character could have been more human and less all-knowing and omnipotent. Other characters could have been a much bigger part of the story.
Read more
55 people found this helpful
Report abuse

Tess
5.0 out of 5 stars Very enjoyable read!
Reviewed in the United Kingdom on 10 March 2019
Verified Purchase
I read this book in one sitting; that’s how much I enjoyed it. Although this is book one of two, you will be satisfied with how part one ends. Yes, you know that there’s more to come, but still......
Read more
36 people found this helpful
Report abuse

Fengirl
5.0 out of 5 stars I really HATE books
Reviewed in the United Kingdom on 31 July 2019
Verified Purchase
....written in the first person present, but A G Riddle has never disappointed so I took a deep breath and entered the world of the long winter. I am so glad that I did; an exciting story, competently written, perfectly edited and totally free of bad language. Around halfway through this many stranded tale, the scientists made a discovery and I thought 'OK, job done' but no, lots more ideas still coming. Totally brilliant, such amazing imagination and attention to detail and totally absorbing.
Read more
28 people found this helpful
Report abuse

Dutchottie
3.0 out of 5 stars Nice story, missing balance between plot and characters
Reviewed in the United Kingdom on 12 October 2019
Verified Purchase
Personally I was disappointed by the story. The first third builds up nicely. Realistic SF, plenty of drama, nice enough characters. During the second third the author starts to focus more and more on the characters and less on the main plot of the story. Now I'm not against character building at all, but it should support the main story line and not take over. The final third drives this change so fat that the plot is more like a side-line, which is dutifully processed and quickly dispatched off. Focus is mainly on the characters and tends to repeat itself often and dwell on points that were made clear several chapters back.
I think it's a missed opportunity. Either a better balance between character relations and plot or perhaps a bit more pages to that the plot can have the attention it deserves. It is a very nice plot and I think there's so much more in it that would make it even a better story.

For me is means that I won't start on the second part (although I already bought it).
Read more
21 people found this helpful
Report abuse

A. Thomas
5.0 out of 5 stars Excellent read.
Reviewed in the United Kingdom on 5 March 2020
Verified Purchase
I liked the way the narrative was delivered by switching between the two characters speaking in the first person. That was clever. I liked the pace of the book. There was enough detail to slow down a mad dash through the story without becoming tedious. The response of the nations was believable. You wondered whether they would choose to cooperate. The introduction of Oscar was also a clever way to bring up an issue without becoming preachy. It was also good to read an author he did not dependent on so called strong language to create characters or atmosphere.
Read more
17 people found this helpful
Report abuse
See all reviews
Back to top
Get to Know Us
Make Money with Us
Let Us Help You
And don't forget:
© 1996-2021, Amazon.com, Inc. or its affiliates