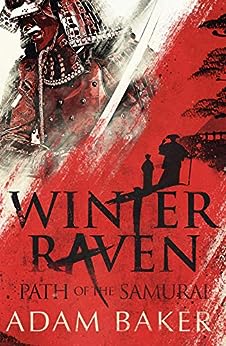 Amazon Customer
1.0 out of 5 stars Stick with the Zombies
Reviewed in Australia on 1 February 2017
Verified Purchase
I loved all of Adam Baker's other books, Outpost, Terminus, Impact and Juggernaut. The language he used ensured images stayed with you, that murky water in the subway, the radio controller still at the desk, and the priest on the oil rig, I read each book as quickly as i could get my hands on them. But this one is such a disappointment, the story moves so slowly, I felt no connection to the main characters, and even their own relationship felt hollow. This book moves incredibly slowly, and after reading only 1/4 I am not driven to read on and finish it. It seems to be thrown together without care and there are a few annoying typos, not great considering how little have read.
Read more
One person found this helpful
Helpful
Report abuse
See all reviews

Clive
5.0 out of 5 stars SURPRISINGLY GOOD
Reviewed in the United Kingdom on 15 October 2018
Verified Purchase
I've read other work by Adam Baker and been left unimpressed so, when I saw this book, set in an era that I really love yet with mixed reviews, I was unsure. The fact that is was 'competitively priced' by Amazon also didn't help as, although that might be an indication of poor quality, it also meant that I wasn't risking much apart from my time. So I tried it and, boy, am I glad that I did!

Let's get the negatives out of the way first. Some reviewers have commented upon the poor editing and the slightly dodgy rendition into 'Kindle'. Both are true but are hardly the fault of the author and even the poor editing (the worst of the problems) isn't so bad as to spoil the book. And that's it; there are no further negatives!

The story follows a roaming samurai (why he's always referred to as 'The Samurai' rather than 'The Ronin' I'm not sure) who is forced into accepting a suicide mission to kill a powerful warlord. He is introduced to the story already accompanied by a young girl, whose origins are equally opaque. There is a 'Dirty Dozen' element as the Samurai is required to select a small crew of assistants from the ranks of condemned prisoners but the manner of this selection is a hugely entertaining and important part of the book.

The thing that sets this book apart is the vivid detail of day to day life in feudal Japan; given that I've read other stuff by Mr Baker, I'm both surprised and hugely impressed by this sudden knowledge. The evocation of the place and the time really puts the reader into the story and some of the words are beautiful to the point of poetry and yet sit within the story so well that the craftsmanship of the writing is almost invisible. As with all good stories, the reader soon feels a strong bond with the major characters and really cares about their fate.

There are only two slightly jarring points within this story but they are quite significant. Firstly, a major character who suffers the fate of having both hands sliced off at the wrist and being left to die alone, then recovers. Now, I'm no surgeon, but how someone whose wrists are sliced through and who then just lies there doesn't bleed out very quickly beats me. The second point is a bit more subtle. Over the course of the book, the girl manages to go from swinging a tree branch as a weapon to being sufficiently skilled in swordplay to defeat men who have trained for their entire lives. The whole point of being a samurai is the skill that is only developed through decades of stringent training yet this girl seems to manage to 'fast track' that. But I'll forgive these foibles as trivial when compared to their importance within the plot.

I didn't, really, expect much from this book and, in fact, I thoroughly enjoyed it. Certainly enough to buy the next in this series. Try it and I'm sure that, like me, you'll be impressed.
Read more
7 people found this helpful
Report abuse

Swizzlestick
5.0 out of 5 stars Very, very good indeed
Reviewed in the United Kingdom on 7 June 2017
Verified Purchase
What a gripping and well-written story.

The writer clearly knows his subject well, and writes in a crisp clean style that drives the story forward effortlessly and very visually. It felt like watching a film more than reading a book.

The samurai and his little group face a seemingly impossible mission that requires enormous courage and ingenuity, and I was fascinated to see if they could accomplish it, and if so, how. I often found myself holding my breath.

It is the first book in a series, and I shall definitely buy future books by this author.

Mike
5.0 out of 5 stars Winter Raven
Reviewed in the United Kingdom on 10 December 2018
Verified Purchase
A very enjoyable read. Set in 16th century Japan it portrays the turbulence of that time in history really well. An impossible mission accomplished against all the odds made for compulsive reading. I found the characterisation interesting and if you enjoyed “Seven Samurai” or “Shogun” I am sure you would enjoy this book.
Read more
Report abuse

lizc
5.0 out of 5 stars Excellent read
Reviewed in the United Kingdom on 24 February 2017
Verified Purchase
Wow! This was a good one. I wasn't sure at first then bang the action started. I hope the author continues the girl's story, you want to know more about her, who she really is and how she will develop as a samurai. It would make an excellent film and I recommend it to everyone. I hope we don't have to wait too long for the next one.
Read more
Report abuse

april
4.0 out of 5 stars very good
Reviewed in the United Kingdom on 7 March 2017
Verified Purchase
good plot, good pacing, interesting characters...a few typos, and sometimes the language is too simple: "then we did and then he said and then...", but most of the time, the simple, straight-forward language suits the content...i especially like the conversations with the already dead beings...poignant and funny...looking forward to reading more about Raven...
Read more
One person found this helpful
Report abuse
See all reviews
Back to top
Get to Know Us
Make Money with Us
Let Us Help You
And don't forget:
© 1996-2021, Amazon.com, Inc. or its affiliates