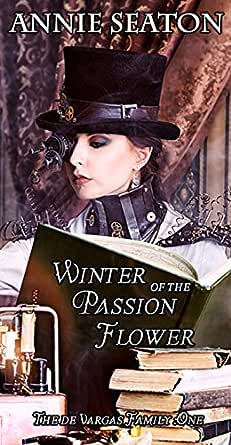 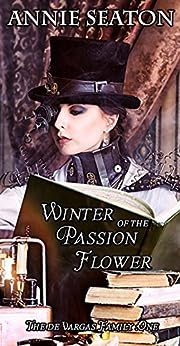 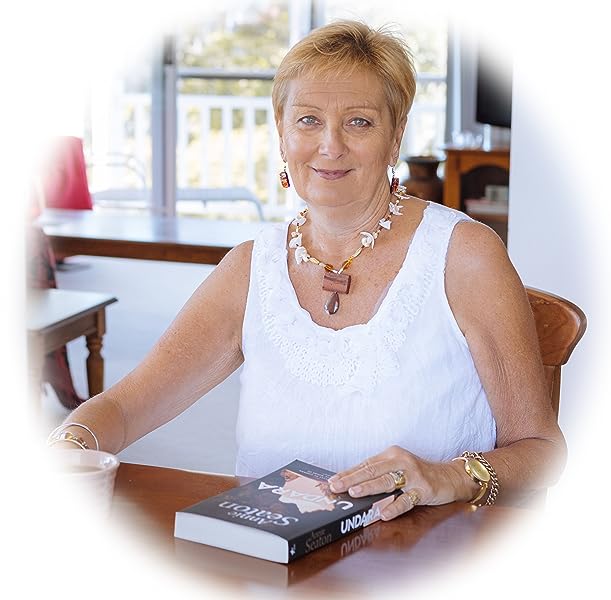 Demelza Carlton
TOP 1000 REVIEWER
5.0 out of 5 stars A steamy little romance
Reviewed in Australia on 26 January 2014
Verified Purchase
A sweet steampunk story with plenty of steamy romance - and I'm not just referring to the technology in the book, either. This was a fun, light read with a cohesive plot and consistent characters - always a plus.

I love the concept of the biome holiday resorts Indigo runs - though I shudder to think how energy intensive maintaining them would be.

Indigo was a prickly little character, with a very strange sense of fashion, but she sort of grew on me as the story progressed - or perhaps that was because Zane liked her so much. As for Zane himself...ah, he was definitely my favourite, though he certainly had his own, unusual moral code, which seemed a little strange at first.

If you like steampunk or Victorian romance - definitely worth your time. Now I'm on to the next book in the series...
Read more
Helpful
Comment Report abuse

Maria Perry Mohan
5.0 out of 5 stars Steampunk, sci-fi and paranormal
Reviewed in the United States on 31 May 2012
Verified Purchase
Miss Indigo de Vargas, a young gentlewoman of aristocratic Spanish lineage, lives on the Cornish coast in the 19th century, as the Crystal Palace exhition approaches. She runs a futuristic holiday resort fuelled by the inventions of her late father, a scientific genius indeed. That her late father was a man of the future is evident given the fact that he reportedly expired on a mission to the twenty first century. However, it is quite clear that the gentleman would have done well to have paid less attention to his scientific inventions and a little more to his daughter's moral formation. The young woman's behaviour is simply scandalous. Rumour has it that she has taken more than one lover to her bed and that she tires of gentleman easily. She exhibits some overtly masculine traits which belie her feminine appearance - she tends to take the lead in her relationships with gentlemen. This is way too scandalous....

Oh, enough, enough. That's my Victorian alter ego, Miss Mariah Perryman taking over. She's a bit of a prude, don't mind her at all. The Victorians did throw a bit of a blanket over the excesses of ages past.

No doubt, Indigo's throroughly liberated. She was, I believe, full of inventive spirit and that can't exist in a straitjacket, moral or otherwise. This book was my introduction to the steampunk genre and I was impressed. Steampunk, is a sub-genre of historical, firmly set in the age of steam complete with the inventive, pioneering spirit of that age. Indigo takes time travel in her stride. Not to mention ray guns and shape shifters. She just hops into her rattling contraption of a time machine, cogs awhirl, brass fittings notwithstanding and off she goes. She's just as much at home in jeans and a tee shirt as she is in a corset and a bustier.

Alana Woods
4.0 out of 5 stars Fun steampunk
Reviewed in the United States on 23 February 2014
Verified Purchase
This one threw me in the opening chapter. I thought I was reading a Victorian period piece when all of a sudden a submarine put in an appearance. I thought ‘Hello? There were submarines back then?’ Then comes biome domes and time travel and I settled back, knowing I was in for a sprinkling of sci-fi shaken over a romance with thriller background.

It’s the first in the de Vargas family series and follows the path of the elder of two sisters, Indigo, living in Cornwall who is dedicated to advancing science, but not without finding Mr Right along the way.

It isn’t a long read, I fitted it very nicely into a quiet Sunday afternoon relaxing on the balcony with a cold white and a cool breeze blowing on what was a very warm day. The story isn’t a brain-taxer, rather it’s an easy and entertaining read. The language was suitable for the period but not overdone, adding to the atmospherics. The dialogue I wasn’t so sure about, feeling that it could have been just a little less period.

Overall it was a good read that I wanted to finish in the one sitting.
Read more
Helpful
Sending feedback...
Thank you for your feedback.
Sorry, we failed to record your vote. Please try again
Report abuse

Rosemary
5.0 out of 5 stars Magic, Romance and More
Reviewed in the United States on 29 January 2014
Verified Purchase
This novella is a fast paced wild ride. I enjoy the mixture of steam punk, time travel and the paranormal. Indigo de Vargas is an independent and compelling character. The mysterious Captain Zane Thoreau (Captain Dogooder) is her perfect mate. He is a mystery but underneath he is a strong, honest man. The sexual tension between these two is very satisfying. They work well together. Can they outwit their adversaries? I felt that the settings compliment this story. I love the contrast between the wild cliffs of Cornwall and the lush jungles of Peru. Annie Seaton has written a captivating story. Winter of the Passion Flower is full of passion and drama. A very pleasurable read. I'm anxious to start Summer of the Moon Flower.
Read more
Helpful
Sending feedback...
Thank you for your feedback.
Sorry, we failed to record your vote. Please try again
Report abuse

Jenny Schwartz
5.0 out of 5 stars More please!
Reviewed in the United States on 30 March 2012
Verified Purchase
A ridiculously improbable fun romp that delightfully skewers the hypocrisies and injustices of today by satirising them in a Victorian setting.

The heroine is an adventuress, a scientist, explorer and social activist. The hero has to be something special to match her - and he is! A reformed - or is he? - Cornish pirate.

TashNz
5.0 out of 5 stars Time Travel Romance - Fantabulous
Reviewed in the United States on 27 June 2013
Verified Purchase
This is the first story of such type that I believe I have read of this genre. I do recommend sitting in a quite spot and absorbing every word. I cant nearly write as good as review as the others I read so I'm just going to say, I agree with them all and highly recommend!
Read more
Helpful
Sending feedback...
Thank you for your feedback.
Sorry, we failed to record your vote. Please try again
Report abuse

Jane Thompson
3.0 out of 5 stars good
Reviewed in the United States on 6 February 2014
Verified Purchase
I really liked this book, it is interesting and written very well. I don't usually read this sort of book but I really enjoyed this one.
Read more
Helpful
Sending feedback...
Thank you for your feedback.
Sorry, we failed to record your vote. Please try again
Report abuse

Sue Antoniolli
5.0 out of 5 stars Amazing concept and riveting reading!
Reviewed in the United States on 19 January 2013
Verified Purchase
My first venture into time travel romance - I couldn't stop reading it! It's fantastic! Can't wait to read more from this author!
Read more
2 people found this helpful
Helpful
Sending feedback...
Thank you for your feedback.
Sorry, we failed to record your vote. Please try again
Report abuse