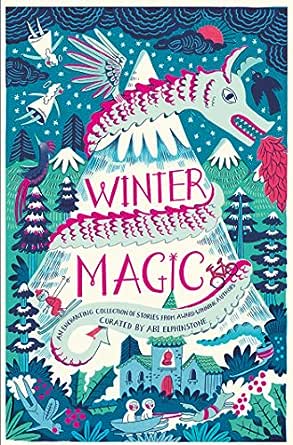 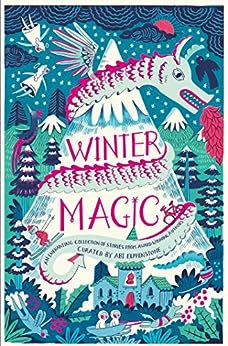 Abi Elphinstone grew up in Scotland where she spent most of her childhood building dens, hiding in tree houses, and running wild across highland glens. After being coaxed out of her treehouse, she studied English at Bristol University and then worked as a teacher in Africa, Berkshire, and London. She is the author of the Dreamsnatcher trilogy and the Unmapped Chronicles, among other books for young readers, and the editor of anthology Winter Magic. When she’s not writing, Abi volunteers for the children’s literacy charity Coram Beanstalk, speaks in schools, and travels the world looking for her next story. You can find more about Abi at AbiElphinstone.com or on Facebook at Abi.Elphinstone.

Amy Alward is a Canadian author living in London who fits writing in around her work as editorial director for one of the UK’s leading children’s publishers. The Oathbreaker’s Shadow and The Shadow’s Curse are her first two books, published under her maiden name, Amy McCulloch. She lives life in a continual search for adventure, coffee, and really great books. Visit her at AmyAlward.co.uk or on Twitter @Amy_Alward.

Michelle Harrison is the author of eight novels for children and young adults, and her work has been translated into 17 languages. Her first book, The Thirteen Treasures, won the Waterstones Children's Book Prize. The Other Alice won the Calderdale Book of the Year Award. A Sprinkle of Sorcery is her eighth novel and a sequel to the best-selling A Pinch of Magic.

Prior to being a full-time writer, Michelle worked as a bookseller and then an editor at Oxford University Press. She lives in Essex and has a son, Jack, and three cats: Marmite, Sorsha and Widdershins.

Geraldine McCaughrean is an award-winning author who has written more than 130 books and plays for children and adults. She recently won the Whitbread Children's Book Award for the third time with Not the End of the World, and her other awards include the Carnegie Medal, the Guardian Fiction Award, and the Smarties Bronze Award. She lives in Berkshire, England. Visit www.geraldinemccaughrean.co.uk.

Lauren St John was born in Gatooma, Rhodesia, now Kadoma, Zimbabwe, in December 1966. After studying journalism in Africa, she moved to London, where she was for many years golf correspondent to The Sunday Times. She is the author of several books on sports, the biography Hardcore Troubadour: The Life and Near Death of Steve Earle, and one children's novel, The White Giraffe. --This text refers to the hardcover edition.
click to open popover

4.3 out of 5 stars
4.3 out of 5
12 global customer ratings
How does Amazon calculate star ratings?
Amazon calculates a product’s star ratings using a machine learned model instead of a raw data average. The machine learned model takes into account factors including: the age of a review, helpfulness votes by customers and whether the reviews are from verified purchases.

Emma
2.0 out of 5 stars Disappointing
Reviewed in the United Kingdom on 21 February 2019
Verified Purchase
A lot of the stories are actually taken from authors' other book series and worlds, therefore feel like they have no context and you're supposed to already know the characters. I didn't really connect with any of the short stories and sadly felt disappointed by this collected. However I appreciate it's more aimed at children who may enjoy it a lot more!
Read more
One person found this helpful
Helpful
Sending feedback...
Thank you for your feedback.
Sorry, we failed to record your vote. Please try again
Report abuse

goosey47
5.0 out of 5 stars loved by a 10 year old!
Reviewed in the United Kingdom on 9 January 2018
Verified Purchase
bought as a present for my grandson aged 10 who loved it.
I can say no more!
Read more
Helpful
Sending feedback...
Thank you for your feedback.
Sorry, we failed to record your vote. Please try again
Report abuse

I. Weber
5.0 out of 5 stars Great selection of stories !
Reviewed in the United Kingdom on 6 April 2018
Verified Purchase
Some brilliant stories here, love the "Frost Fair" in particular. Lovely to curl up wit on a cold [though not necessarily snowy] day.
Read more
Helpful
Sending feedback...
Thank you for your feedback.
Sorry, we failed to record your vote. Please try again
Report abuse
See all reviews
Get FREE delivery with Amazon Prime
Prime members enjoy FREE Delivery and exclusive access to movies, TV shows, music, Kindle e-books, Twitch Prime, and more.
> Get Started
Back to top
Get to Know Us
Make Money with Us
Let Us Help You
And don't forget:
© 1996-2020, Amazon.com, Inc. or its affiliates