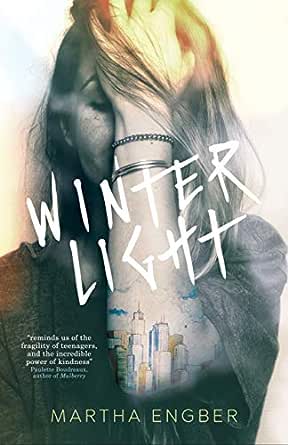 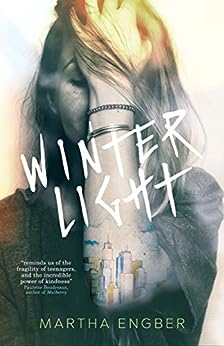 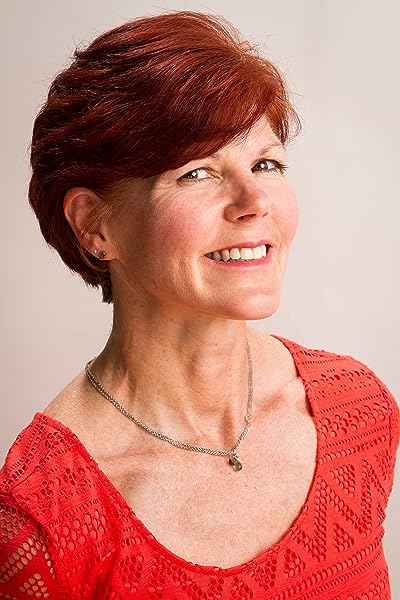 Byddi
5.0 out of 5 stars Brilliant book - a fully immersive experience
Reviewed in the United Kingdom on 6 October 2020
Verified Purchase
Right from the start, we know that 15-year-old Mary Donahue has a tough life. Her mother died when Mary was a small child. Her father is an alcoholic, and only one of her three older brothers is on Mary’s team. Mary hangs out with the burnouts in her school, spending more time partying than on homework but when Mary strikes up an unusual friendship with one of the Preppy girls in her class Mary glimpses a better life, and wants it.

Martha Engber, pulls no punches as she depicts the obstacles that Mary slams into as she tries to change her life. This story is stomach-clenchingly gritty but so beautifully written, it tempers the harsh reality the story portrays. Details are exquisitely observed, and Engber has a way of dropping you directly into the Chicago winter so you feel the bite of the cold as you read, with descriptions such as “…the wind a zipper catching your skin.”

Engber is a master of characterization. I fell in love with Mary right away, and the people in the story feel real and multidimensional. While Mary’s world and life experiences are (thankfully) not very familiar to me, I could totally relate to this story, could comprehend fully the concept of the knock-on effect of one event going awry and pulling everything else down with it. Well-paced story plotting, combined with an artful depiction of a time and a place – 1978 Chicago – makes this read a fully immersive experience. When you must (reluctantly) set the book down to re-enter your own day, your mind will continue to ponder Mary’s trials and tribulations.

I’ll avoid spoilers, of course, but one thing I would say is that Winter Light is a tightly written story that packs a punch. Nothing is mentioned that doesn’t have a part to play in the plot. It’s the kind of story with “aha!” moments that make you want to start at the beginning again as you read the final words. Readers, pay attention…
(less)
Read more
Report abuse

Joylene L. Butler
5.0 out of 5 stars I love this book!
Reviewed in Canada on 7 October 2020
Verified Purchase
Winter Light is the story of Mary Donahue, a teenager from the wrong side of the tracks, who struggles to rise above her circumstances. This story tugged at my heartstrings. It's a darker coming-of-age story. Mary's dad is an alcoholic, her brother's into drugs, and most of her friends don't care about tomorrow. Mary's the kind of girl you'd pass on the street and pay no mind to her. Martha Engber made me cared about Mary. I highly recommend this novel if you're looking for an intelligent story where you can get behind the protagonist and cheer her on from page one. Reading this novel was an emotional ride, for sure. I bet we all know someone like Mary, someone who deserves better.
Read more
Report abuse

Martha Engber’s third book, Winter Light, operates on two levels. First there’s the story of teenager Mary Donahue. A girl from the wrong side of everything. We follow Mary as she struggles to find a way forward out of poverty, loss, and the low expectations of those around her. Her path is littered with poor decisions—not only her own, but those of everyone she loves. We watch as she begins to find a new way forward, under her own guidance. An uncharted course fraught with both literal, rapid page-turning danger and the heart-breaking risk of even trying.

There’s more. Winter Light also works on another level. How is it that we know what we know? How are norms passed to us—and what happens when they aren’t? How do we make it out of a bad past? These questions become a subtle hum weaving through the novel. A hum that only adds to a reader’s engagement with Engber’s well written narrative as we journey with Mary, hoping she'll show us how it’s done.

Bring out the snacks and get comfy. Winter Light is well worth a late night and a groggy morning.
Read more
One person found this helpful
Report abuse

Amazon Customer
5.0 out of 5 stars Gripping ending and well worth the read!
Reviewed in the United States on 13 October 2020
Verified Purchase
The author challenged me in the beginning of the book and I feared the story would be a familiar one, but the story quickly began to evolve, I was gratified to discover that the characters surprised me and the story was not the one I assumed it would be. The writing was very effective in evoking the typical adolescent angst coupled with the very difficult, adult circumstances faced by the main character, Mary. The story is well paced and carries the reader along in an unrelenting grip on its journey to the dramatic ending. Well worth the read!
Read more
Report abuse
See all reviews
Get FREE delivery with Amazon Prime
Prime members enjoy FREE Delivery and exclusive access to movies, TV shows, music, Kindle e-books, Twitch Prime, and more.
> Get Started
Back to top
Get to Know Us
Make Money with Us
Let Us Help You
And don't forget:
© 1996-2020, Amazon.com, Inc. or its affiliates