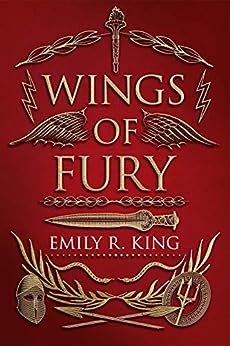 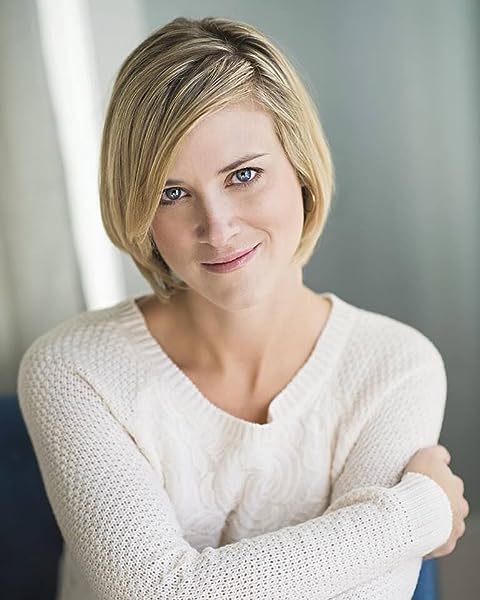 An Amazon Best Book of the Month: Science Fiction & Fantasy

“Sumptuous…King ably weaves Greek mythology into a cat-and-mouse spectacle. Readers will cheer for Althea as she upholds her family’s honor and fights belligerent gods with determination and confidence. This is a winner.” ―Publishers Weekly (starred review)

“Sharp prose and smart characters…King (Hundredth Queen series) takes a fresh look at the Greek pantheon to create a clamor for the next book of this new series.” ―Library Journal --This text refers to the paperback edition.

Sometimes, the tales we know aren’t the whole story, and much depends on one’s own point of view. In bestselling author Emily R. King’s new fantasy adventure, Wings of Fury, she endeavors to set the record straight with the “real” story of the gods and goddesses of ancient Greece.

Althea and her sisters were raised in the temple of Gaea after their mother’s death—a death Althea rightfully lays at the feet of Cronus, god-king of the land. Althea’s lot seems to be the same as the other women of ancient Greece: subservient to the men who rule. But when a meeting with the Fates reveals her true potential, Althea takes her (and the world’s) destiny into her own hands.

We cheer for Althea and her allies as they fight to rewrite history. And that history is richer for the voices of the underrepresented. After all, as King tells us, “A tale is told that only women know. For when the men of the Golden Age passed down their stories of victory and sacrifice, they did not think to ask the women theirs.”

Emily R. King is the author of the Hundredth Queen series, as well as Before the Broken Star, Into the Hourglass, and Everafter Song in the Evermore Chronicles. Born in Canada and raised in the United States, she is a shark advocate, a consumer of gummy bears, and an islander at heart, but her greatest interests are her children and three cantankerous cats. For more information, visit her at www.emilyrking.com.

4.2 out of 5 stars
4.2 out of 5
3,770 global ratings
How are ratings calculated?
To calculate the overall star rating and percentage breakdown by star, we don’t use a simple average. Instead, our system considers things like how recent a review is and if the reviewer bought the item on Amazon. It also analyses reviews to verify trustworthiness.

Nikita
3.0 out of 5 stars Predictable but easy read
Reviewed in Australia on 12 February 2021
Verified Purchase
Reads like it wished it were a movie. Plot was predictable, even the twist.
The feminist aspect did not play out how it read in the description. I feel the author took the easy way out with the main characters development. She could have been more.
I always enjoy mythology. So this was an interesting take on it none the less.
Read more
Helpful
Report abuse

April
5.0 out of 5 stars Best Yet!!
Reviewed in Australia on 28 March 2021
Verified Purchase
Thought this was a great read, completely captured me from the first page. Have read all of Ms King's work and this one is the best yet., she just keeps getting better and better. Don't know what other reviewers are on about, I read, a lot, takes a bit to hold my attention but this book certainly did and am looking forward to book 2 as are a lot of others considering the pre-orders!!
Read more
Helpful
Report abuse
See all reviews

CLynn
5.0 out of 5 stars The other reviewer needs to stop being so pompous
Reviewed in the United States on 3 February 2021
Verified Purchase
It's written under the "Fantasy" category. I can't believe the reviewer made us read about their trials and tribulations either. It's a story. You like it or you don't... but to quote tiny snippets out of context is just unfair to an author. I'm shocked to see that reviewer was a Top 100 one. I was thrilled Amazon offered a Fantasy novel in their free Prime reading section this month. I hope people disregard one highly aloof person's take on it and give it the shot it deserves.
Read more
506 people found this helpful
Report abuse

Hannah Mortimer
1.0 out of 5 stars ... what’s a polite way of saying ‘utter garbage’?
Reviewed in the United Kingdom on 20 April 2021
Verified Purchase
When I say the only thing I enjoyed about this book was the amount that I and my friend made fun of it.
It claims a great deal of research, but all it does is try to use specific terminology to cover the fact that Emily King knows very little about the Greek mythological world. It is poorly written, with just a weird amount of inconsistencies.

Honestly, there is almost no logic to this book and is just insanely ridiculous.
Read more

1.0 out of 5 stars ... what’s a polite way of saying ‘utter garbage’?
Reviewed in the United Kingdom on 20 April 2021
When I say the only thing I enjoyed about this book was the amount that I and my friend made fun of it.
It claims a great deal of research, but all it does is try to use specific terminology to cover the fact that Emily King knows very little about the Greek mythological world. It is poorly written, with just a weird amount of inconsistencies.

Honestly, there is almost no logic to this book and is just insanely ridiculous.

Kindle Customer
4.0 out of 5 stars Excellent
Reviewed in the United Kingdom on 3 February 2021
Verified Purchase
This was a great story very engaging. I just found one thing strange - it hammers home the awful position of women in the world but says nothing of the slaves. Indeed it portrays the slaves at the temple as lazy for not getting on with their work unsupervised.
Read more
5 people found this helpful
Report abuse

HRob
4.0 out of 5 stars YA/NA take on Greek mythology
Reviewed in the United Kingdom on 22 March 2021
Verified Purchase
A YA/NA Greek mythology story.

Three sisters Cleora, Bronte and Althea despise the God
Cronus (known for eating his children) and for treating females as inferior. Cronus is also responsible for the death of their mother Stavra as he got her pregnant and she died following the birth of a half Titan. Cronus sends one of his soldiers to retrieve the baby girl and the soldier brands Althea with an ownership mark vowing to return for her when she is of age.

When Althea is 18 she attends the town market and visits oracles, who tell her her fate and that she must find the Son of Cronus who has been hidden from him as he is the key to his downfall.

Althea journeys with Theo, a soldier who assisted her and her sister Bronte following Cleora’s capture and they encounter the boy god Zeus. Their travels have them meeting many of the gods - Helios, Selene, Eos who try and help them in their task of defeating Cronus.

There is always a twist and nothing is ever as it seems as the pull that Althea has had inside her has a greater explanation than she could ever have imagined.

A fascinating story of the Greek gods that kept me intrigued. I’m looking forward to reading book 2.
Read more
One person found this helpful
Report abuse

AyJay
4.0 out of 5 stars . . .
Reviewed in the United Kingdom on 8 March 2021
Verified Purchase
I didn't really 'get into' this book until I was about a quarter of the way through it and almost just gave it up altogether, but once I got used to the more modern way that the characters talked I started to enjoy the ride - I get that the author made the character interactions more modern so that readers can follow along more smoothly,  but I just kept taking steps back and was all "really?!"... however, this is a fantasy with the Greek Gods and mythical beings walking the earth, so I stopped being "this is totally unrealistic", and just went with it.

The story has some tropes that are pretty common in a YA book, but the setting and the author's creative use of creative license keeps things moving over the bumps and dull spots.

I enjoyed this enough to say that I'll be checking out the second book in the series at some point.
Read more
One person found this helpful
Report abuse
See all reviews
Back to top
Get to Know Us
Make Money with Us
Let Us Help You
And don't forget:
© 1996-2021, Amazon.com, Inc. or its affiliates