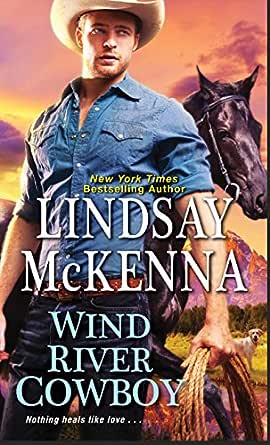 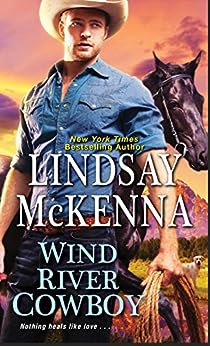 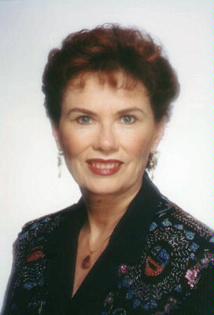 The new novel from the bestselling author of Wind River Rancher

Kira Duval was part of a Special Forces team that got caught in an ambush—leaving only two wounded survivors: herself and Weapons Sergeant Garret Fleming. Losing her team was traumatic, and in the chaotic aftermath, as the Army moved them from hospital to hospital, she lost Garret too. But she never lost her secret yearning for him.

Finally, she gave up trying to track him down back in the States. But as she settles in at the Bar C cattle ranch in Wyoming, a place where veterans can find a home and a place to heal, she’s introduced to her sandy-haired, hazel-eyed housemate: none other than Garret Fleming.

They’re a long way from Afghanistan—and a long way from the people they used to be before tragedy changed their lives. But as Kira earns her keep by caregiving for the ranch owner’s bedridden, alcoholic father—a task that sometimes feels more challenging than any black ops mission—she finds that even in peacetime Garret still has her back, and that in this warm, welcoming place, the passion she resisted in the heat of battle may finally have a chance to flourish . . .

New York Times and USA Today bestselling author Lindsay McKenna is the pseudonym of award-winning author Eileen Nauman. With more than 135 titles to her credit and approximately 23 million books sold in 33 countries worldwide, Lindsay is one of the most distinguished authors in the women's fiction genre. She is the recipient of many awards, including six RT Book Reviews awards (including best military romance author) and an RT Book Reviews Career Achievement Award. In 1999, foreseeing the emergence of ebooks, she became the first bestselling women's fiction author to exclusively release a new title digitally. In recognition of her status as one of the originators of the military adventure/romance genre, Lindsay is affectionately known as oThe Top Gun of Women's Military Fiction.o Lindsay comes by her military knowledge and interest honestly-by continuing a family tradition of serving in the U.S. Navy. Her father, who served on a destroyer in the Pacific theater during World War II, instilled a strong sense of patriotism and duty in his daughter. Visit Lindsay at www.lindsaymckenna.com.

Colorado Avid Reader
4.0 out of 5 stars Interesting characters; interesting story
18 September 2018 - Published on Amazon.com
Verified Purchase
Garret and Kira have history—some good, some bad. Both carry the scars—physical and mental—from wartime. But they have something else between them that even they don’t know about. Ms. McKenna has a deft hand in creating characters readers relate to and empathize with. What kept this from being a five-star rating is that there is a tremendous amount of repetition in the story. And, at some point, it serves as a detractor or an impetus to skip over what we already know about the character. A bit of sound editing would benefit the telling greatly.
Read more
One person found this helpful

Sherry
5.0 out of 5 stars Inspirational ...
12 April 2017 - Published on Amazon.com
Verified Purchase
Another incredible story-- I LOVED how the back story was there. You already knew the "chemistry" was there, so when they met, you could already feel the attraction. How their story changes and he is protective, she is strong but has not gotten back to true self. Really deep and loving. The struggles of those with PTSD breaks your heart and then warms your soul when they do not give up.
Life is about LIVING.. No matter the struggles.. Ask for help and keep searching on ways to get better...
Read more
3 people found this helpful

Rose Ann
2.0 out of 5 stars So disappointing
11 March 2018 - Published on Amazon.com
Verified Purchase
Story was very inconsistent. Was hired for her mechanical abilities but was put on duty taking care of Shays dad instead. He is a mean spiteful old man with a history of abuse before his stroke and yet everyone is surprised how mean he is to Kira!, So she goes from mechanical to caregiver to translator to photographer and sketch artist all within e months time plus dealing with PTSD!!! I've enjoyed Ms. McKennas book in the past but was just horrid to read.
Read more
2 people found this helpful

Kindle Customer
5.0 out of 5 stars Great job. Another big hit for LINDSEY McKenna. Three books in and can't wait for the next one. Love the way you flow of the books in the series from each other. You feel Like you are living with the people and feeling all the emotions of each person good and bad times. All our Vets. SHOULD be able to receive this special LOVING care. This author Lindsey McKenna, knows j
7 August 2019 - Published on Amazon.com
Verified Purchase
How to bring a book alive with true and compassionate feeling to keep you from stop reading to the once you start page one. THANKS FOR YOUR SHARING with all of us your great and dedicated talented writing. Mary Vanderheydt.
Read more

joshad
5.0 out of 5 stars Enjoyed reading
24 May 2017 - Published on Amazon.com
Verified Purchase
Enjoy reading about Wind River Ranch. They are trying to bring back after What's Shay's dad who is an alcoholic and mean run it down. Shay hires vets to help. Garrett has been there a year and then Kira arrives who was one his A team. Lots of love an therapy to help with PTSD as they work together to heal.
Read more
One person found this helpful
Go to Amazon.com to see all 87 reviews 4.4 out of 5 stars
Get FREE delivery with Amazon Prime
Prime members enjoy FREE Delivery and exclusive access to movies, TV shows, music, Kindle e-books, Twitch Prime, and more.
> Get Started
Back to top
Get to Know Us
Make Money with Us
Let Us Help You
And don't forget:
© 1996-2020, Amazon.com, Inc. or its affiliates