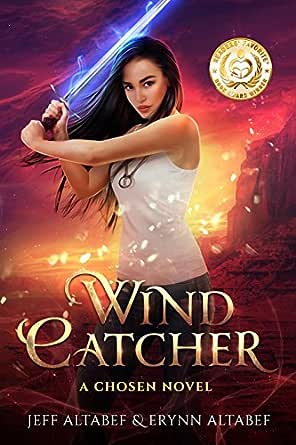 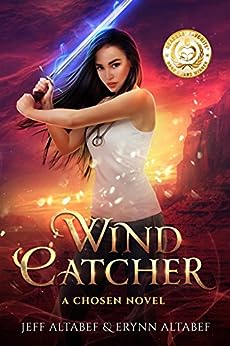 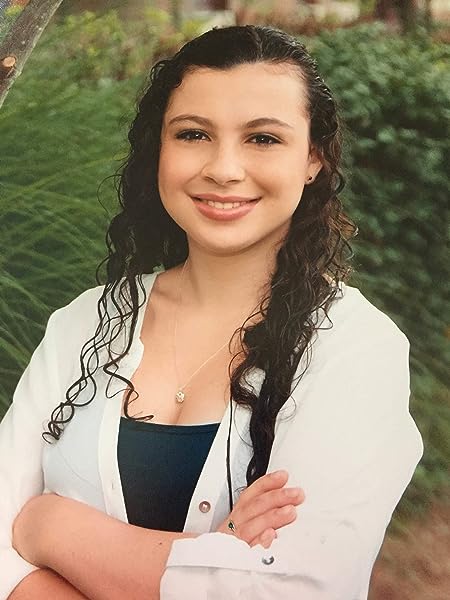 AUTHOR: Jeff Altabef lives in New York with his wife, two daughters, and Charlie the dog. He spends time volunteering at the Writing Center in the local community college. After years of being accused of "telling stories," he thought he would make it official. He writes in both the thriller and young adult genres. As an avid Knicks fan, he is prone to long periods of melancholy during hoops season. Jeff has a column on The Examiner focused on writing and a blog on The Patch designed to encourage writing for those that like telling stories.

CO-AUTHOR: Erynn Altabef is an avid reader, dancer, and community activist. When she's not in High School, she loves Starbucks, performing in school musicals, baking, and watching movies with her friends. --This text refers to the paperback edition.

"This is an enjoyable read for all ages that goes by as fast as the authors can unspool it. " Kirkus Reviews "This very unique and refreshingly original contemporary fantasy has elements of high epic fantasy woven throughout it, and it will surprise and delight even the most jaded fantasy readers." Jack Magnus, Readers' Favorite Book Reviews "Wind Catcher stands out from the crowd. It's... a powerful young adult adventure steeped in Native American legend and tradition." -Donovan, eBook Reviewer, Midwest Book Review "A treat to read." Awesome Indies "Wind Catcher is one of the best thrillers for YA that I have read in some time.... If I hadn't had to eat and sleep, I would have read it right through without stopping. It is just that good!" Bookends "I truly enjoyed this book. First the characters are good especially, Juliet and her grandfather Sicheii... This story seemed fresh and original. Finally the writing is superb, great flow, great analogies, great dialogue. If you like books like Harry Potter, Inkheart, Divergent, Twilight, and such, you will love this book!!!!!!!!!" Author Alex Mueck "A page turning thrill a minute, Wind Catcher kept me guessing until it's final pages. Age appropriate YA literature at its best. Don't miss it!" Judy Murphy, Masters School Librarian --This text refers to the paperback edition.

4.3 out of 5 stars
4.3 out of 5
95 global ratings
How are ratings calculated?
To calculate the overall star rating and percentage breakdown by star, we don’t use a simple average. Instead, our system considers things like how recent a review is and if the reviewer bought the item on Amazon. It also analyses reviews to verify trustworthiness.

Mandy Walkden-Brown
TOP 500 REVIEWER
5.0 out of 5 stars Definitely one not to miss.
Reviewed in Australia on 21 October 2016
Verified Purchase
Amazingly good coming of age tale quite different to the usual. An intriguing interweaving of Native American myth and legends adds a surprising level of depth to the story. It contains unique ideas and some startling twists and turns.

The strength and solidity of the characters make them feel extremely real. Young adults finding their way intelligently through the hurdles of life between childhood and adulthood, only this group has rather more to deal with than usual.

The combination of an imaginative premise, fluid, descriptive writing and relatable, realistic and likable characters ensured this was never going to be anything but an extremely intriguing and enjoyable read. And indeed it was.

Zoe Bancroft
5.0 out of 5 stars Brilliant start to a series.
Reviewed in the United Kingdom on 25 October 2016
Verified Purchase
I was given this book by the author. Then bought it so that I can leave a review. This is my honest review.
I didn't know what to expect at first but it drew me in from the start. You really don't know how it's going to unfold and you really can't second guess at it.
Everything about the story is brilliant, the grandfather that has also been Juliet's father figure too since her father was put in prison before she was born, he had never contacted her so her grandfather (Sicheii) took that roll and kept her safe.
She is half red Indian and half white, but Sicheii never let her forget her roots and told her the ways of the tribe, her mother (his daughter) is a lawyer and they no longer lived with the rest of the reservation, he would tell her stories that had been passed down through the years.
She hated that her mum moved her schools to a better (private) school where she didn't fit in, non of the children liked her she was different and Indian trash, she hardly saw her real friends that she had gone to her old school with, the school where she "fit in". Her only friend was Katie and she had been ostracized from the popular crowd when she befriended Juliet, and Juliet would never forget that and protected her from anyone that upset her or made fun of her.
I liked the way the book starts with the end in a way and then tells you how it all happens, but it doesn't go into much detail just enough.
It goes back through the stories Juliet was told and what the tribe believe, how they keep the secret of the ancient stories.
Juliet always wants to fit in, she doesn't want to be different but she is and in more ways than she realises.
The book is brilliant the way it is written laying down the jigsaw piece by piece. If you like a mystery, fantasy and action books with lots of intrigue you'll love this book as much as me. I can't wait to read the rest of the series.
Read more
One person found this helpful
Report abuse

Clare O'Beara
3.0 out of 5 stars Wind catcher
Reviewed in the United Kingdom on 25 June 2017
Verified Purchase
Juliet Stone is partly Native and living in a better off area, but can't escape that her classmates think she is different - I thought kids were supposed to be tolerant of difference and welcoming these days. Maybe that is just California? Her pal is a lad from the nearby reservation and while dodging school together they are set upon by a fierce doglike creature that might have wings. They evade it but shortly after, an old medicine man is found horribly dead.

By now I had figured out that this is more a horror story, or dark unpleasant fantasy, than I enjoy, so I admit I did not read thoroughly as it's a case of ticking off deaths, demons and mystical talents. I'm also not greatly into American schools, part of the setting, which do not seem to reward anyone who enjoys reading or computers.

The message could be to go to school, ignore unpleasant kids and ask for help with dyslexia if you want to prosper. Or that if your family insists you have an inherited talent, maybe you should believe them.
I liked some of the location description and I appreciated that a Native family's difficulties were under consideration. Anyone who does want to read horror will probably rate this book more highly, but the murders are quite strong for a YA book.
I recommend Hooked and Played by Liz Fichera for similar YA books without the fantasy theme.

This author made an ARC available for free. This is an unbiased review.
Read more
Report abuse

Corine Ann Barnes
5.0 out of 5 stars The Wind Catcher
Reviewed in the United States on 5 April 2018
Verified Purchase
Juliet is half native American. She worries about her acceptance at an exclusive girls’ school, but her grandfather has been trying to teach her she is so much better than any of them, that she has a vital destiny to fulfill. Troy, her long-time friend, protects her and picks on her like a brother. When Juliet is a teenager, she comes into her destiny and an astounding array of facts she was never told before. She finally realizes she really is a wind catcher, and her skills arise dramatically.
These authors weave a deep story of both sci-fi and Indian lore, sweeping the reader up into the excitement. I will definitely be reading more!
Read more
3 people found this helpful
Report abuse

Sherry Fundin
4.0 out of 5 stars Sure to entertain....
Reviewed in the United States on 18 May 2018
Verified Purchase
I got Wind Catcher by Jeff & Erynn Altabef, as an Amazon freebie back in October of 2016, but it got lost in the shuffle. Then…I won a signed paperback copy of book two, Brink of Death, so I pulled it out, dusted it off, and wondered why I waited so long to read it.

Juliet Stone is special, but she doesn’t know it. I love her feistiness and loyalty. She sticks up for her friends, even if it comes to blows. You definitely need to watch out for the strong ladies in Wind Catcher.

What seemed to be a typical young adult story, you know, a ‘warrior’ girl fighting the big bad evil, has a twist with Native American mysticism that adds an extra bit of goodness for me and the battle with the Seeker tops it off.

R.A. White
4.0 out of 5 stars Misnomer?
Reviewed in the United States on 19 May 2019
Verified Purchase
Wind Catcher: A Gripping Fantasy Thriller (A Chosen Novel Book 1)
First, let me say I almost passed this one up just because it had the words 'a gripping fantasy thriller' in the title. I thought that was weird. And as I read the book, I thought it weirder because I don't think it's gripping or a thriller. I'd lean more toward 'young adult paranormal'. That said, I liked the story very much. It's based on native American lore, which I love. I love Juliet's struggle to live in two worlds and the glimpses into her heritage. I love the believable conflict between her friends and her grandfather and her mother. The characters came alive for me and were a pleasure to follow even when they did dumb things (remember, I said young adult, and I love to complain about immature teens). Since reading this book, I've started sharing a plate with my son regularly. Juliet's grandfather introduced me to the idea of eating from one dish, and I loved it. (Not only is it more intimate, but who wants to wash plates if she doesn't have to?). We have magic, villains, and a quest of sorts, as well as what might become romance. I'm not saying there isn't any suspense, only that it hardly defines the story.
I don't remember being irritated by typos and the like, but I've read a lot of books since this one. Sorry if I'm wrong about that, but it apparently wasn't enough to keep me from thoroughly enjoying the story.
Language: Very mild if anything.
Sexual Content: None.
Violence: There's a murder, not super graphic, and some attempted murder. Not much more than you might find in the mildest of PG13.
Overall Message/Plot: Weird things are happening. Why? What can we do about it? I don't think the writers relied on plotting as much as they did on characters, which I love, but at the same time it wasn't weak. I left the story feeling both satisfied and interested to know where the rest of the story goes. Some questions are answered, but there's a lot more to be revealed in future installments.
Read more
One person found this helpful
Report abuse
See all reviews
Back to top
Get to Know Us
Make Money with Us
Let Us Help You
And don't forget:
© 1996-2021, Amazon.com, Inc. or its affiliates