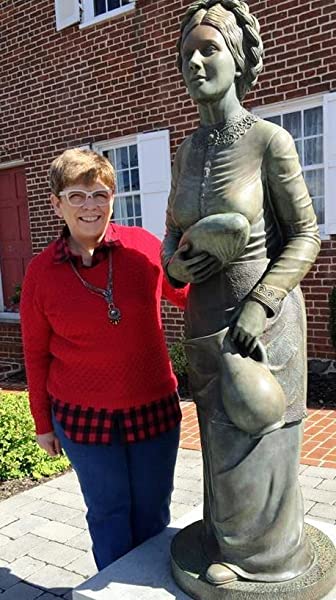 Jeanie
5.0 out of 5 stars Willow
Reviewed in the United Kingdom on 7 March 2011
Verified Purchase
I have enjoyed all of the work by Linda Lael Miller and Willow is no different. She has the ability to make you like and/or dislike a character and I always feel I'm at the location thanks to her story telling. Jeanie
Read more
4 people found this helpful
Report abuse

deni269
5.0 out of 5 stars i am surprised at the ratings for this book.
Reviewed in the United States on 3 June 2014
Verified Purchase
i thoroughly enjoyed it. willow gallagher was raised by her mother and an outlaw step-father in camps dodging authorites. her older brother, steven, is raised this way as well. her mother took off with her brother and her ex-husband never gave up trying to find his son. he later learned there was a girl as well. his ex got pregnant one time when he cheated on his second wife with chasity (the ex.) devlin, the father of steven and willow didn't know this. devlin's mission now included both of them. willow also has 2 half brothers, coy and reilly. devlin finally folund willow, but steven was not anywhere to be found. he was an outlaw robbing trains and wagons. devlin owned all the things that were stolen. it was steven's way of getting back at him. he didn't believe that his father loved him. willow kept in touch with steven in different ways. then gideon marshall comes to town looking for steven to either kill him or put him behind bars, the railroad that he and his future father-in-law owns is the one being robbed all the time. devlin explains that he understands that his son is doing it, but he is only taking things belonging to him and he can afford it. willow and gideon can't fight their attraction and wind up married but then she finds out that he is there for her brother. she now has a choice to make. she can have the dream love of her life or her brother.
Read more
Report abuse

Kindle Customer
5.0 out of 5 stars Wonderful Book
Reviewed in the United States on 21 May 2020
Verified Purchase
Her books are great. I especially like her series. Plan on reading all of them. She writes within the parameters of the time period, not trying to bring in today's world.
Read more
Report abuse

Joyce Carpenter
1.0 out of 5 stars TOO MUCH SEX>
Reviewed in the United States on 15 July 2013
Verified Purchase
A little sex in a novel is ok if it is tastefully done but the author gave a blow-by-blow description of each encounter.
in fact, every encounter was the same. The story line was ok,but I have to give it one star .I have read several books by this author and the sexual encounters were all the same. I would much rather figure it out myself, like romance books
should be written.