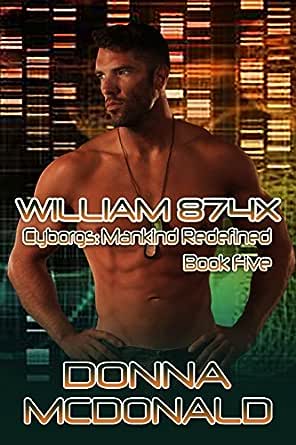 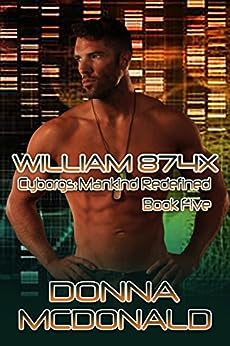 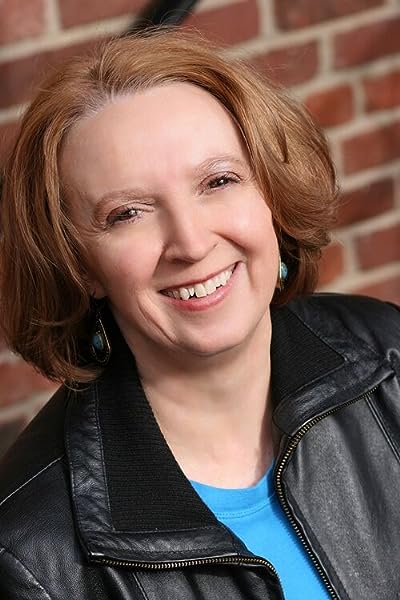 Rosemary Hughes
TOP 1000 REVIEWER
5.0 out of 5 stars A look at a world none of us humans should ever wish to see.
Reviewed in Australia on 24 July 2018
I understand the push for cyber body replacement parts, as the medical and technology advances allow real advancement in replacement parts for humans through accidents, who require such drastic makeovers.
However, the chance of some rouge operator or military higher up thinking that such advancements could aid the world, is something that should be clearly looked at and definitely declared unethical.
These fictional stories only suggest what a nightmare world, the recipients of such cyber techniques would have to face.
Read more
Helpful
Report abuse
See all reviews

Kindle Customer
3.0 out of 5 stars 874x
Reviewed in the United Kingdom on 8 August 2018
Verified Purchase
Not one of the best Donnas books I've read and I've read most of the them. Very jumbled and hard to get into. Somehow it didn't gel. It won't stop me buying more books by Donna though because her books are more good than bad . Maybe and hopefully this ones a just a blip.
Read more
Report abuse

It's a well written book, but can anybody really expect wives and kids to not move on with their life when their husband and father basically becomes a medical experiment and disappears from their lives for 10 years! Any person with half a brain would realize that for the military to change a man into a Cyborg was not going to end well. That is millions of dollars in technology they would be putting into people. Did these guys really expect that once the war was over that they'd be able to just go back to their families. Come on. If an organization spends that kind of money on you with internal implants, they are not letting you go home and mow the lawn in suburbia! These guys should have had a clue that they were effectively signing their lives away.
Read more
5 people found this helpful
Report abuse

Judy C. Lewis
4.0 out of 5 stars HIGHLY IMAGINATIVE & COMPLETELY CAPTIVATING!!!
Reviewed in the United States on 25 July 2019
Verified Purchase
Title: William 874X
Series: Cyborgs: Mankind Redefined
Author: Donna McDonald
Designation: Book 5 of Series, *Can Be Read As A Standalone, Full-Length (250 pages), No Cliffhanger #sciencefiction #actionadventure #romance #geneticengineering #cyborgs
My Rating: FOUR DIVINELY ENTERTAINING STARS*****
*Each of the books in the Mankind Redefined Series features a different couple finding love and can certainly be read as a standalone. However, there is an overarching storyline with an underlying interconnected conflict and recurring characters featured throughout the series. To enrich your reading experience and avoid possible spoilers, this reviewer recommends reading the books sequentially.

Wow! I love, love, love it! William 874X is the fifth release in the riveting Cyborgs: Mankind Redefined Series and McDonald totally rocked my world - again! I discovered Donna McDonald in 2014 and became a diehard fan after reading Peyton 313, the first release in this sexy and highly imaginative series. I adore sexy romance, captivated by clever suspense and intrigue, fascinated by imaginative science fiction, hopelessly addicted to action and adventure, and completely smitten with courageous heroes and heroines, but combine every single one of those elements into one fabulous read, and I'm in heaven! And that's exactly what Donna McDonald delivered in William 874X! McDonald is not only a skilled storyteller with a boundless imagination but also a wonderfully gifted wordsmith whose talent never ceases to amaze me. William 874X is the fifth release in the series and can be read as a standalone. However, there is an overarching storyline with an underlying interconnected conflict and recurring characters running throughout the entire series. The author does a remarkable job of including ample backstory in each book but to enrich your reading experience and avoid possible spoilers, this reviewer suggests reading the books sequentially or, at the very least, proceed only after reading the first book of the series which establishes the premise and sets the stage for each of the future releases. The first story featured brilliant cyber-scientist and cyborg code co-creator Dr. Kyra Winters along with dashing Marine Captain Peyton Elliot aka Cyborg Peyton 313, who both reappear in each subsequent release. The sexy cyborg heroes and heroines featured in this series are a combination of genetically and bionically engineered super soldiers. After aiding the United Coalition of Nations to end a near-apocalyptic global war, they were cybernetically imprisoned, reprogrammed, enslaved, and sold as 'Cyber Husbands' or 'New World Companions', and some were even used as deadly assassins. Dr. Winters and her team have been working diligently to rescue, reprogram, and restore the humanity of all the cyborgs whose freedom, memories, and lives were stolen by Norton Industries acting under the purview of the UCN. But their efforts are being sabotaged by a malevolent unknown entity known only as Creator Omega who continues to covertly engineer the failure of Dr Winter's campaign to free the cyborgs and prevent their reintegration back into society. And unfortunately, the lies, deceit, and heinous machinations are, surprisingly, even more complex than they could ever suspect. Each book in the series deals with a different restored cyborg finding true love while attempting to recover their humanity and regain a semblance of balance in their new life. Each couple do get their happy ending but all of the books follow a unified overarching plot in which an unknown enemy wants their efforts to fail. In this story, we follow fiery, red-haired, former Army Corporal Meara MacDonald aka Meara 494 and somber, former Army Captain William Talon aka William 874X. I fell in love with the feisty Meara and serious William when they were introduced earlier in the series. I was so excited when I learned they would have their own story and over the moon after discovering they would be paired together as a couple. These two characters were complete opposites in every way. Meara was a nosey chatterbox with boundless energy and a glass half full outlook on life. William had lost everything, including his wife and children. He was definitely a glass half empty kind of guy, a man of very few words, and aptly nicknamed Captain Serious by Meara. At first, William appeared almost emotionless, no feeling, no humor, and no humanity left. But Meara had enough emotion, attitude, humor, and heart for them both. These two were absolutely explosive together. It was like fire meet gasoline! William and Meara's backstories were heartbreaking, their interaction captivating, their banter hilarious, and their sexual chemistry was off the charts hot! Both of these characters quickly worked their way into my heart and became my favorites. Yeah, yeah, I know I say the same thing every time, but it's true. The relationship and situation with the couple in each book is different, unique, and not cut from the same cookie cutter mold, so it always keeps me on my toes, never knowing what to expect. I love that about this series! I've loved all five of these books but this one really tugged on my heartstrings and yanked hard. I laughed, I sobbed, I screamed, I swore, I cried, I shook my fists in anger at the injustice and was completely and totally captivated!

But I digress, let's talk about this book. I found this story to be well researched and well-crafted. The language, terminology, and science is intelligent and imaginative yet realistic. The characters are well developed, engaging, endearing and surprisingly, at times, laugh out loud funny. They exploded from the pages, captured my imagination, and completely stole my heart. I cried for them, empathized with them, and sometimes laughed with them. I became completely vested in their well-being, their survival, and most of all, their happiness. I especially loved the added elements of romance, mystery, intrigue, suspense, action, and adventured that are brilliantly interwoven into the story. The narrative was beautifully written in third person omniscient. The dialogue was smart, witty, and flows effortlessly. And the premise for this entire series has been absolutely genius. We all know that real-life research and inventions often mimic science fiction, and although the general public may not be aware, bionics and AIs do already exist, so who knows what the future may hold!

Did I like this book? No, I didn't like it; I loved it! Then why only four stars? There were a lot of typos missed in the final edit/proofread. Nothing really major but far more than I've ever seen in one of McDonald's books. Generally, I try to be fairly lenient, but if they're bad enough to distract me while I'm reading, then I simply can't overlook the problem and it affects my rating. This easily could have been a five star rated book, if not for all the pesky mistakes and boo-boos. Will I read this author again? Absolutely! I've been following this series for the past 5 years and will continue to read McDonald's work as long as she publishes. This was the series that made me a fan, but McDonald also writes contemporary and paranormal/fantasy romance. And it's all really good! Would I recommend this book? You bet, and I am but only for adult readers! If you love cyborg science fiction, romantic suspense, spine-tingling intrigue and thrilling adventure, then I highly recommend trying this series. It's bloody brilliant! And finally, was I entertained? Completely! Fabulous entertainment and an awesome read!
Read more
2 people found this helpful
Report abuse

Laura
3.0 out of 5 stars Annoying heroine
Reviewed in the United States on 28 October 2019
Verified Purchase
The main character was really annoying and her accent was too much. I skipped a lot of pages. Finally halfway through the action picked up when they went on a search and rescue mission and she talked less. I just couldn't like her even towards the end of the story, she was just annoying. Great story concept though. Sorry.
Read more
2 people found this helpful
Report abuse

Charlotte
5.0 out of 5 stars Great read!!!
Reviewed in the United States on 28 July 2018
Verified Purchase
William had lost everything in his life when he signed up for the cyborg transformation. Turned into a killing machine after the war and having a video of him killing had his wife filing for divorce.

Now that he's had his cybernetics enhanced he  is working with others. One a female cyborg, Meara, is falling for him. They are given a mission together to save his wife's new husband! Wowsers!

Fast paced with plenty of action. Definitely  need to put it into my TBR again pile.

I voluntarily reviewed an advanced reader copy of this book that I received.
Read more
One person found this helpful
Report abuse
See all reviews
Get FREE delivery with Amazon Prime
Prime members enjoy FREE Delivery and exclusive access to movies, TV shows, music, Kindle e-books, Twitch Prime, and more.
> Get Started
Back to top
Get to Know Us
Make Money with Us
Let Us Help You
And don't forget:
© 1996-2020, Amazon.com, Inc. or its affiliates