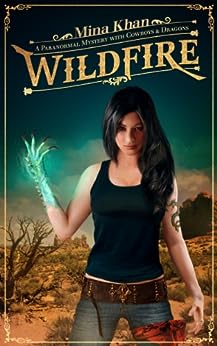 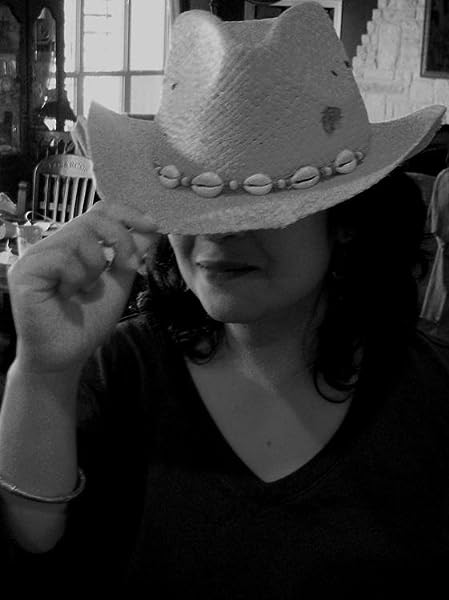 3.7 out of 5 stars
3.7 out of 5
21 global ratings
How are ratings calculated?
To calculate the overall star rating and percentage breakdown by star, we don’t use a simple average. Instead, our system considers things like how recent a review is and if the reviewer bought the item on Amazon. It also analyses reviews to verify trustworthiness.

Carrie Fortune
2.0 out of 5 stars I got bored
Reviewed in Canada on 12 October 2013
Verified Purchase
I wanted to enjoy this book. The writing style was approachable and I liked the premise of a woman who could turn into a dragon living in Texas but it just didn't work for me. The pacing was quite slow and the characters were one-dimensional. The main character was afraid to trust a man because of her cheating ex. Done in so many books and nothing new was added in this one. The bad guy was completely bad, nothing that made him any different than your stereotypical cartoon bad guy and, frankly, he was somewhat dumb because of this. The cops were just too thick to follow some obvious clues (that only the female lead, of course, noticed) and focused on the much misunderstood hero. Again, done in so many novels and nothing new was added here. Plot devices were also tedious and obvious. I found it annoying that always when something bad happened, our "hero" just happened to be away doing something for which he had no alibi or just happened to have one thing, and only one thing, stolen that was, of course, found at a crime scene. This a painfully formulaic romance (you'll have the mystery solved pretty darn quick since the characters are clichés and the motives obvious) where turning into a dragon is more incidental to the story than necessary. If you like something predictable and formulaic, you'll enjoy this. If you want something a bit more from your reading experience, pass on this one.
Read more
Report abuse

melindeeloo
4.0 out of 5 stars 3.5 stars - Wildfire - Dragons, yes! Cowboys, not so much.
Reviewed in the United States on 22 September 2013
Verified Purchase
Overall I liked Wildfire - even though the promised cowboy aspect of the story was pretty incidental (a hat and boots does not a cowboy make) - since I did like the dragonshifter freelance journalist leading lady Lynn and the investigation into the arson fires occurring in a small Texas community.

The story is mainly focused on the mystery, so there isn't exactly a romance but there are lots of little hormonal dragon moments. Lynn senses that there is another dragonshifter nearby and thinks it may be one of the two guys interested in her, volunteer firemen/farmer/rancher Jack whose wealthy ancestors took advantage of neighbors' misfortune to amass wealth and property - and Jack has grown up with the resentment of the descendants of those families - and the developer Henry - who is trying to acquire property to put in a development catering to wealthy would be ranchers. Lynn finds both of the guys attractive, but I never had any question as to who I wanted Lynn to end up with - and really Lynn isn't all that ambivalent about her choice.

I do have to admit that I was happier near the end of Wildfire when the bad guy finally revealed himself to the Lynn and there were no longer chapters trying to lead us into believing that one or another of the men was really the baddie. Although that is probably due to the fact that all of the little bits and pieces of the story begin to come together then and Khan had doled out those pieces in such a manner that I was even able to figure out things along with Lynn.

So bottom line on this one is that it wasn't exactly what I was expecting - since Khan has also written some Nocturne Cravings, I was expecting some spicy romance to go with the mystery, dragons, and 'cowboys'. Even though the story is more about Mina's attraction to the guys and the romantic payoff was limited to a couple intimate touches and some kisses since I did like Lynn, and the people surrounding her, I still enjoyed Wildfire despite my expectations.

Characters were good concepts, but ended up boring me. And the interactions between characters were not very interesting. For example, without the explanation of "dragon pheromones", we didn't see much reason for the heroine and her love interest to be intrigued by each other.

Southwest Woman
3.0 out of 5 stars Latent Dragon genes?
Reviewed in the United States on 1 December 2013
Verified Purchase
This book was well written, well plotted and I enjoyed it enough to finish. But, Lynn, the dragon shifter did too much fighting what she was, moaning about how bad she was, blaming herself for all shorts of crap she had no control over. A little of that goes a long way with me; and this writer over did it.

Turns out there are latent shifter dragons and this part of Texas is chockablock with them. Finding a mate is hard enough for most shifters, this dummy doesn't even recognize what she feels and senses. One can only assume she failed to internalize the lessons taught her by her shifter grandmother.

Lynn is supposed to have a journalism degree, yet isn't sure she can write news for a local news paper. News writing is all a J School degree is. I was a reporter for a long time. I was relieved when she finally got herself together enough to turn in a news story. The news gathering and work involved was well described and accurate. SO I gave this a star more than I would have.

This is a good enough book to recommend. But if you have low tolerance for insecure, self involved main characters, you might give this one a pass.
Read more
12 people found this helpful
Report abuse

Catlaughter
5.0 out of 5 stars Excellent writing and story telling!
Reviewed in the United States on 30 May 2014
Verified Purchase
I enjoyed the book very much, despite the fact that some of the "salty" and suggestive language is not to my taste! I was able to skip over it and it did not take away from the story line. Living in San Angelo I found it enjoyable to read familiar street and business names. I could follow the characters as they traveled around the countryside, it added an interesting twist for me! I think Mina is an excellent writer, she develops her story well and provides many interesting facts as she goes along. A good read - especially if you like a good mystery and dragons!!!
Read more
2 people found this helpful
Report abuse
See all reviews
Back to top
Get to Know Us
Make Money with Us
Let Us Help You
And don't forget:
© 1996-2021, Amazon.com, Inc. or its affiliates