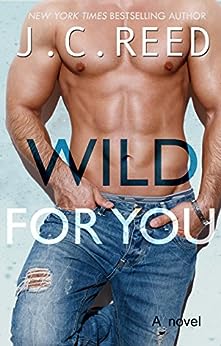 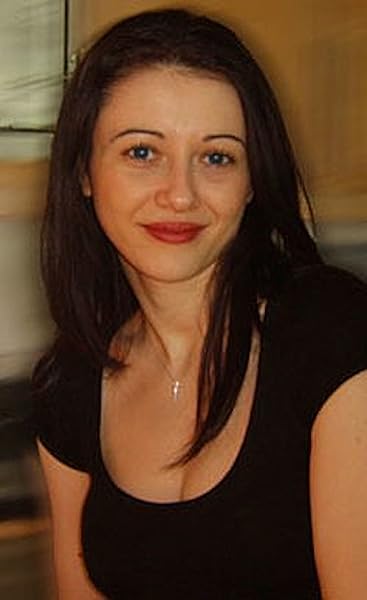 Wild For You Kindle Edition

4.4 out of 5 stars
4.4 out of 5
53 global ratings
How are ratings calculated?
To calculate the overall star rating and percentage breakdown by star, we don’t use a simple average. Instead, our system considers things like how recent a review is and if the reviewer bought the item on Amazon. It also analyses reviews to verify trustworthiness.

Sonia Chapple
TOP 1000 REVIEWER
5.0 out of 5 stars Breathtaking
Reviewed in Australia on 5 September 2017
Omg .... you HAVE to read Wild for You!!!
It's a breathtaking book about love, redemption and is so beautifully written that you, the reader, will fall in love with both Cash and Erin.
It's captivating, intense and frustrating! Erin is hired as Cash's physical therapist after he takes a nasty spill of a bull. He doesn't see the need for anyone's help and does his utmost best to make her leave. He's beyond rude and you just know that despite his snarky exterior there IS a man who's just struggling to deal with the new limitations that have been dealt to him. It takes a very strong and capable woman to be able to show him that he does need help. Erin wants to do her job really well and what he soon realises is that she's just as stubborn as he is.
Wild for You is a heartfelt story about two people who are just trying to move forward in life and who are picking up the pieces of what life deals you. It's about moving on bigger and stronger than ever!!!
JC Reed really does pull you into the story with such fabulous characters that really do tug on your heart strings.

Angie (L)
5.0 out of 5 stars A charming love story
Reviewed in the United Kingdom on 20 July 2020
Verified Purchase
Cash Boyd is a self made millionaire resulting from his successful business ventures and champion bull rider , but his bull riding comes to an abrupt stop when he has a very nasty fall from a very unstable bull called Dillinger . After the initial fall Dillinger before anyone could get to Cash the bull went on to gore him leaving him very badly injured. After a stay in hospital he’s now returned home not fully mobile but on crutches and in constant pain . As he lives on his own Cash is very adamant that he doesn’t need or want help in getting him back to full mobility . His caring family have other ideas though and have tried many times to set up a live in physiotherapist to help him with his mobility issues . Every physical therapist that’s been there so far hasn’t lasted long that’s until Erin Stone is hired she’s a eminently qualified and highly motivated young woman, who see this move to Wyoming to get Cash back to full mobility , not only as a good job opportunity but after having some personal issues to deal with get her far away from Chicago . When the two meet Cash is his usual cranky self still adamant that he doesn’t need help , Erin sees it as a challenge . Deep down the both are extremely attracted one another and trying to get Cash take his treatment seriously Erin knows it is going to be an uphill struggle . Can Erin work her magic and get Cash back to full mobility and do they get their HEA ending ?❤️❤️😉 ......... There’s also a happy ending for Dillinger as well 🤣
Read more
Report abuse

Tracy ~ Book Loving Pixies
4.0 out of 5 stars 4.5 stars!!
Reviewed in the United Kingdom on 9 September 2017
Verified Purchase
I really enjoyed Wild For You. This was the first J.C. Reed book I've read but I'm sure it won't be the last!

Cash came across initially, to put it mildly, as an immature, moody, self centred git, but thankfully that wasn't who he really was - though it took some work on Erin's part to get to the heart of the guy! I could feel his annoyance with his situation and the frustration that was caused by his family's gesture to try and get him back on his feet again so even though I could have smacked him a time of two, a little slack was given as I think I'd have been the same had I been in his shoes!

Erin was lovely, hard working, dedicated and patient when her charge was giving her the run around, she was a very likable and believable character - though I have to say I think she carried a lot on her shoulders that she shouldn't have when it came to her 'secret'. She knew that she should definitely not be getting involved with her patient but the chemistry and attraction between the pair was off the wall and she fell for the pita bullrider!

This was a good read, packed with heat, banter and humour. I enjoyed the supporting characters and really wanted things to work out for Erin and Cash once he got over himself!

Caroline Bailey
4.0 out of 5 stars A nice love story
Reviewed in the United Kingdom on 5 July 2020
Verified Purchase
A good romance that built slowly and stayed true a nice read was enjoyable no plot twists or turns involved
Read more
Report abuse
See all reviews
Back to top
Get to Know Us
Make Money with Us
Let Us Help You
And don't forget:
© 1996-2021, Amazon.com, Inc. or its affiliates