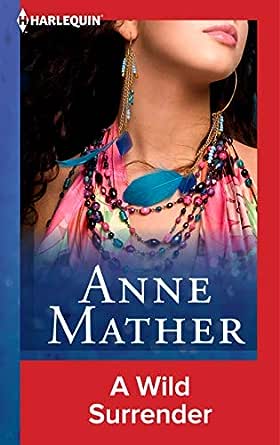 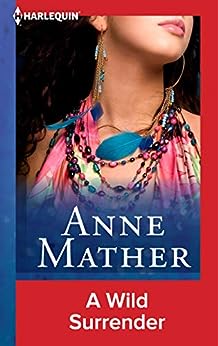 Anne Mather always wanted to write. For years she wrote only for her own pleasure, and it wasn’t until her husband suggested that she ought to send one of her stories to a publisher that they put several publishers’ names into a hat and pulled one out. The rest as they say in history. 150 books later, Anne is literally staggered by the result! Her email address is mystic-am@msn.com and she would be happy to hear from any of her readers.

3.2 out of 5 stars
3.2 out of 5
4 global ratings
How are ratings calculated?
To calculate the overall star rating and percentage breakdown by star, we don’t use a simple average. Instead, our system considers things like how recent a review is and if the reviewer bought the item on Amazon. It also analyses reviews to verify trustworthiness.

jerseygirldownsouth
2.0 out of 5 stars Rather a mess, though it had some potential
Reviewed in the United States on 4 June 2012
Verified Purchase
Certain plot and/or character elements were over-emphasized, and others under-emphasized - and in both cases, in my opinion, the opposite approach might have created a much more compelling read.

First, a detailed recap of the story:

Rachel Claiborne is sent by her cold, arrogant father to chase after her equally chilly mother, who's fled England for a small island not far from the Caymans. No surprise, Rachel's parents didn't have the best relationship - neither with each other nor their daughter. Her father shares just enough information to lead Rachel to believe she may have left them for another man- Matt Brody.

Rachel reluctantly goes, and almost immediately bumps into Matt. Not hard since he owns the hotel she's staying at. Their attraction is also immediate, but so is the virtually endless sniping between them. Rachel suspects he's having an affair with her mother. Matt realizes who Rachel is, but is not sure why she's there - and even as he supposedly begins to fall for her, he is precluded from revealing the entire story by Rachel's mother.

Rachel's mother is a cold, vain woman who is 100% about Matt - and wants Rachel gone.

Matt and Rachel finally give in and sleep together. They are blown away by the intensity and it seems clear there are real feelings there. But before they can solidify anything, Rachel's mother slithers in and reveals to Rachel that Matt is her son! Leading Rachel to believe she'd just slept with her half-brother! And that Matt had to have known!

We eventually find out - not that it's shocking - that Rachel is adopted. So, phew, no biological incest. Moreover, Rachel's "loving" mother knew Rachel and Matt were developing feelings and had purposely let Rachel draw the devastating conclusion that she'd been involved with her brother. Turns out, mom had had a brief fling with Matt's Dad, then surrendered her baby to him to raise so as not to create scandal at home, back in England. She'd reentered Matt's life when he was 19, and was almost obsessed with having him to herself in a "close" relationship. To say Matt was ambivalent about his mother is an understatement.

Eventually the truth comes out and Matt & Rachel have their happily ever after.

So, if that plot isn't enough to cause some pause - technically they are half-siblings, though not by blood - I could get on board if the story had been effectively told. But there were a number of things that derailed it for me.

** Rachel is a virgin. That is not the issue. She's a 30 year-old virgin. That potentially raises some credibility issues, but if the rationale had been made more plausible - or if her behavior had been less histrionic - it might not have been such a wrench in the story. We learn that she is quite eye-catching. Tall, blonde, slender except for key places where she's curvy, etc. She has gained unwanted attention her whole life from boys/men - and she's closed herself off. No truly awful, life-altering experience, just a steady stream of come-ons and innuendo. Turns out shutting off that part of herself was relatively easy, because until she met Brody she'd never felt a twinge of desire.

But, she careens through life - and from scene-to-scene in this book - seemingly on the verge of hysteria about this attention, seeing ulterior motives/interest wherever she goes, and being completely wary of the opposite sex. This over-reaction goes into turbo-mode when it comes to Matt because she DOES respond to him and feels she shouldn't because, A) that's not how she is, and B) he seems to be involved with her mother.

** This first issue leads to a bigger problem when it comes to the ostensible building of a Matt-Rachel relationship - they spend most of the book sniping at each other. They seem to reach neutral ground, then Rachel slips into hysterical virgin mode due to some comment or touch on Matt's part, he reacts with affront, and once again they go storming off in different directions. He barely breathes in her direction and she accuses him of being ready to pounce on her.

So, for this reader, it is VERY hard to believe that any true feeling had a chance to grow by the time they had their big reunion.

I try to keep my expectations in check when reading Harlequins. There is only so much character/relationship development that occur in their short span - and, of course, we are supposed to have highly dramatic (even melodramatic) moments fraught with contention that is really shorthand for true, immediate love. But this fell far short even given those typical constraints.

Maybe if Rachel had been presented as a much younger woman, it could have worked a bit better. OR if 30 year old Rachel had had a sadly awful experience with a man, then her avoidance of the opposite sex might have felt more plausible. But as it was, her reactionary stance - and the way it was over-emphasized by the author - quite frankly made her seem like a twit at best, and maybe even a loon.

Amazon Customer
1.0 out of 5 stars Stupid
Reviewed in the United States on 11 June 2012
Verified Purchase
First a heroine that's so ridiculously meek, a weird plot and generally poor writing. I won't read this author again. The story didn't seem to flow. This book was a waste of money.
Read more
6 people found this helpful
Report abuse
See all reviews
Get FREE delivery with Amazon Prime
Prime members enjoy FREE Delivery and exclusive access to movies, TV shows, music, Kindle e-books, Twitch Prime, and more.
> Get Started
Back to top
Get to Know Us
Make Money with Us
Let Us Help You
And don't forget:
© 1996-2021, Amazon.com, Inc. or its affiliates