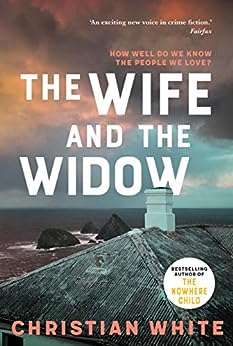 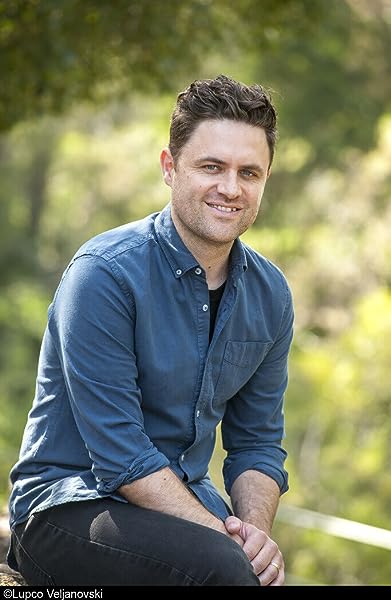 The Wife and the Widow Kindle Edition

"A compelling, fast-paced tale...a gripping psychological thriller that delivers on its examination of the corrosive impact of family secrets with a dramatic finish that upends expectations."--New York Review of Books

"The author does a vivid job of creating real characters and captures the alternately calm and claustrophobic feeling of island life. Some readers will find the twists fair and others, infuriating, but no doubt all will hang on to discover the ending."--Kirkus Reviews

"White delivers a shocking, excellently executed twist that will have readers reexamining their assumptions; this and the sordid details of decades-old misery and fierce parental love make The Wife and the Widow a story to remember. Fans of White's debut will be pleased with this follow-up."--Booklist

"White's sophomore outing succeeds as both a clever literary puzzle and an insistent page-turner."--The Seattle Review of Books

"White destroys any thoughts of a sophomore slump with an entrancing standalone mystery. White draws readers in quickly and adroitly with this compulsive tale, which is a stay-up-all-night kind of book full of masterful plotting and strong characters. The claggy setting is fittingly oppressive and everything builds to a culmination that is breathtaking."--Mystery Scene

"Gripping. White maintains a steady flow even as he nimbly uses history and secondary characters to create multiple potential scenarios. Misdirects and a terrific reveal midway through the novel add to the pleasure of White's second standalone thriller."--Shelfawareness

"White knows his way around a plot twist. Even the most die-hard thriller reader will be surprised at the direction The Wife and the Widow takes, but even without its truly shocking reveal, White's thriller stands out for its penetrating examination of marriage and the lies that build between spouses. White's eerie, patient unraveling of small deceptions makes The Wife and the Widow a hypnotic reading experience."--BookPage

"White is a master of the art of misdirection. Just when you think you have worked things out, he pulls back the curtain to reveal his cunning sleight of hand. It's often hard to write about the machinations of a really good crime novel without giving too much away, and this is indeed the case with The Wife and the Widow."--Sydney Morning Herald

Christian White is an internationally bestselling and award-winning Australian author and screenwriter whose debut novel, The Nowhere Child, won the 2017 Victorian Premier's Literary Award. His films have been showcased around the world. He lives in Melbourne with his wife and their greyhound. --This text refers to an alternate kindle_edition edition.

A nervy, soulful, genuinely surprising it-could-happen-to-you thriller - a book to make you peer over your shoulder for days afterwards. - A.J. Finn, bestselling author of The Woman in the Window[An] outstanding debut. Thriller fans will want to savor every crumb of evidence and catch every clue. White is definitely a writer to watch. - Publisher s Weekly (USA), starred review[White] is a born storyteller, one who seems to instinctively understand the weave off a proper yarn, and The Nowhere Child is tight, gripping and impressive in all the right places. - The Saturday PaperHugely entertaining ... a multifaceted, unsettling debut. - The Age --This text refers to an alternate kindle_edition edition.
Read more

4.1 out of 5 stars
4.1 out of 5
718 global ratings
How are ratings calculated?
To calculate the overall star rating and percentage breakdown by star, we don’t use a simple average. Instead, our system considers things like how recent a review is and if the reviewer bought the item on Amazon. It also analyses reviews to verify trustworthiness.

Mandy White
TOP 50 REVIEWER
5.0 out of 5 stars The twist will floor you!!
Reviewed in Australia on 12 October 2019
Verified Purchase
Those that have read The Nowhere Child by this author know that Christian White can really write a brilliant story. This second novel is as good, if not better in my opinion. I could not wait to get my hands on this book and once I started it I really struggled to put it down.

It is a hard story to talk too much about without giving anything away. What you need to know is that it told from 2 different points of view. There is Kate, whose husband fails to return from an overseas business trip. His secrets start to come out and she wonders if she really knew him at all. And then there is Abby who learns that her husband is a killer. Another woman who thought she knew the man that she married.

That is it... you need to read this book to find out anything else. Told in alternative chapters between the 2 women this book will hook you from the start. The twist will floor you - it did me!! I stayed up really late to finish this book, it was going to be impossible for me to sleep without knowing how it ended.

Absolutely fantastic story by another great Australian writer...
You need to read this book, trust me 😊 (less)

Gary Hart
TOP 500 REVIEWER
4.0 out of 5 stars Talk about a twist and a half!
Reviewed in Australia on 18 January 2020
Verified Purchase
I was enjoying the book, following the story through to the end, and then wondered what had happened. Yes, I flicked back a couple of chapters to get my bearings, and then discovered the time warp which explained the plot, and entered into a finale worthy of a Stephen King novel. A great read!
Read more
5 people found this helpful
Helpful
Report abuse

Kindle Customer
TOP 1000 REVIEWER
4.0 out of 5 stars A very good holiday read
Reviewed in Australia on 9 October 2019
Verified Purchase
I really enjoyed this book. There is a wow twist halfway through which I didn’t see coming. Couldn’t wait to finish it. Will now try another book by this author.
Read more
4 people found this helpful
Helpful
Report abuse

John Ellis
3.0 out of 5 stars Mystery
Reviewed in Australia on 15 July 2020
Verified Purchase
I was looking to read a novel, but this book was only a short murder mystery story. Could be a quick summer beach read for some, if that’s all you are looking for. Not really worth the purchase price. Disappointed.
Read more
2 people found this helpful
Helpful
Report abuse

Annakutty
2.0 out of 5 stars Promising beginning to the novel
Reviewed in Australia on 7 September 2020
Verified Purchase
This book begins well with a disappearing husband who did not return from a work trip because he had left his place of employment, unbeknown to his wife. The reader is drawn in to this mystery but as the story continues, the threads become more and more convoluted and with a sudden and unmarked shift backwards in time and more and more totally unbelievable and over the top events, the end is a shambles. The characters are used to propel the story sideways, backwards and sometimes forwards but they are like soap opera personalities, no depth. This makes their actions at the end not credible and had me going back over pages to find our if I had missed something. It is as if the author suddenly realised he had to end the book and the options he had to use to draw all the threads together made it impossible to finish in a satisfying way for the reader.
Read more
One person found this helpful
Helpful
Report abuse

JF Gibson Writer
4.0 out of 5 stars Engaging read
Reviewed in Australia on 14 October 2019
Verified Purchase
Engaging writing and premise that kept me turning the page. Was confused for a moment when the plot twist came along but then it all made sense. Interested to read more from this author.
Read more
2 people found this helpful
Helpful
Report abuse

Amazon Customer
2.0 out of 5 stars Murdered by the editors
Reviewed in Australia on 3 November 2019
Verified Purchase
This story started out well, introduced the characters well so you formed opinions of them, however the editing errors in this book were unfortunately glaringly obvious. I would normally take typos and gramma with a large pinch of salt but to have a young teenager confess to a crime committed before he was born was the last straw and I couldn’t continue. I thought at first I was confusing the characters but on re reading it again I found the victims had been continuously mixed up throughout the first part of the book. Way too confusing. Please fix it as I would really love to finish it.
Read more
One person found this helpful
Helpful
Report abuse

June
TOP 1000 REVIEWER
4.0 out of 5 stars Sick of time-jump twists.
Reviewed in Australia on 20 June 2020
Verified Purchase
I’ve read a few books lately that are too clever by half. I always persevere until the end but I’m left with a feeling of frustration, not satisfaction.
Surely that’s not what the author was after.

Kerensa
5.0 out of 5 stars Really good
Reviewed in the United Kingdom on 6 December 2019
Verified Purchase
Can’t say much without spoilers, thought first book was good, this is even better ... don’t read authors notes at end first and yes it did send me back through book looking for clues I’d missed: cleverly done. Look forward to his next.
Read more
Report abuse

Amazon Customer
5.0 out of 5 stars Couldn't put down
Reviewed in the United Kingdom on 13 October 2019
Verified Purchase
Read in one go, just couldn't stop. Really enjoy this style of writing telling the story from two peoples perspective with a great twist.
Read more
2 people found this helpful
Report abuse

michael
5.0 out of 5 stars brilliant written
Reviewed in the United Kingdom on 21 July 2020
Verified Purchase
a writer with a great future
Read more
Report abuse

Carolyn
3.0 out of 5 stars Liked the previous book more
Reviewed in Canada on 19 December 2019
Verified Purchase
2.5 Stars. I read Christian White’s terrific debut novel, The Nowhere Child, back in January. It remains one of my favorite mysteries of 2019, so had no hesitation in purchasing The Wife and the Widow ebook.

I apologize as this novel was a disappointment for me. It started out strong but then wasn’t keeping me engaged in the story. I found the characters underdeveloped. Kate, the widow, was too passive to be interesting as a main character. Abby, the wife, was unpleasant and not at all likeable. The men in their lives were very much enigmas. I found the pace uneven, the plot convoluted, and the ending frantic. I failed to feel any empathy for the characters, and this diluted any suspense for me. A strong sense of place or atmosphere was missing.

Because I enjoyed The Nowhere Child so much, I will definitely read the author’s next book. I realize that many readers rated this book highly and that I am in the minority. Prospective readers should not be dissuaded by my misgivings.