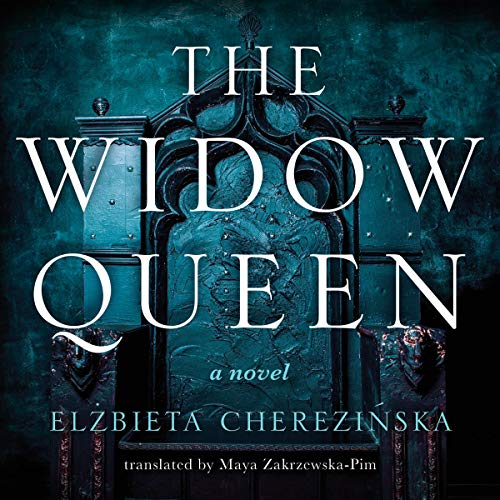 The Widow Queen: The Bold, Book 1

Elzbieta Cherezinska's The Widow Queen is the epic story of a Polish queen whose life and name were all but forgotten until now.

The bold one, they call her- too bold for most.

To her father, the great duke of Poland, Swietoslawa and her two sisters represent three chances for an alliance. Three marriages on which to build his empire.

But Swietoslawa refuses to be simply a pawn in her father's schemes; she seeks a throne of her own, with no husband by her side.

The gods may grant her wish, but crowns sit heavy, and power is a sword that cuts both ways.

Switch between reading the Kindle book & listening to the Audible narration with Whispersync for Voice.
Get the Audible audiobook for the reduced price of $14.99 after you buy the Kindle book.
Learn more about membership
By completing your purchase, you agree to Audible’s Conditions Of Use and Privacy Notice.
Sold and delivered by Audible, an Amazon company
Share

Snapdragon
TOP 50 REVIEWER
5.0 out of 5 stars Well written, fascinating piece of history
Reviewed in Australia on 11 June 2021
Verified Purchase
Cherezinska has succeeded in bringing to light and life the story of Sventoslava, early Polish princess (pre 1,000AD) who married first King Eric of Sweden and secondly, King Sven of Denmark, birthing heirs to both husbands. As the author says, this wilful princess is the uniting link - previously unglimpsed in patriarchal accounts - between Polish, Scandinavian and English medieval histories, who had to be strong and clever. Although the times were in many ways more brutally simple than was later the case, there is, nevertheless, more than a touch of the political finagling and wrangling that we read about in, say, the Cromwell novels of Hilary Mantel. This tale includes the manipulations of the Holy Roman Empire, events in Rus, and the Viking raids on England and the paying of Danegeld to encourage them to go away. It ends with the birth of Cnut, whom we recognise will become English King Canute, who famously taught his subjects a lesson when he unsuccessfully forbade the tide to come in.

The story is well written and richly imagined. It becomes quite gripping on many occasions as the political overwhelms the personal. Sventoslava and would-be Norwegian king Olav see themselves as destined for each other but so far, it looks unlikely to happen. This is the period when the old gods Woden, Thor, Frey and Loki were being displaced by Christianity and Cherezinska has a terrifically good handle on how this plays out. Eagerly looking forward to the sequel, and what becomes of this woman and her two tamed lynxes. There are helpful genealogical tables of all the royal houses involved.
Read more
Helpful
Report abuse
See all reviews

Kindle Customer
5.0 out of 5 stars Remarkable
Reviewed in the United States on 29 April 2021
Verified Purchase
I have never read much history or historical fiction about the Slavic/Viking kingdoms but I had a hard time putting this down. Really looking forward to the continuation of this story.
Read more
5 people found this helpful
Report abuse

Jean
2.0 out of 5 stars Not my favorite
Reviewed in the United States on 19 July 2021
Verified Purchase
Hard to follow the characters. And main characters not very likable. And then leaves to hanging so you'll buy her next book.
Read more
One person found this helpful
Report abuse
See all reviews
Back to top
Get to Know Us
Make Money with Us
Let Us Help You
And don't forget:
© 1996-2021, Amazon.com, Inc. or its affiliates