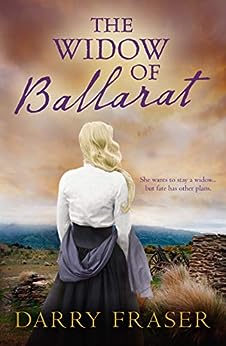 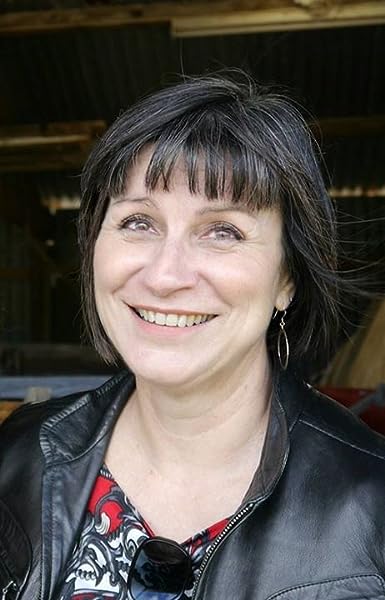 The Widow Of Ballarat Kindle Edition

Darry Fraser's first novel, Daughter of the Murray (2016) is set on her beloved River Murray where she spent part of her childhood.
Where The Murray River Runs (2017) is her second novel set in the same era, 1890s. Novels three and four are being prepared for
release 2018 and 2019.

The Australian landscape is home and hearth - the rural, the coastal, the arid lands and the desert. The history, the hidden stories,
the catalysts create the powerful connection between her characters and are the drivers in her stories. Apprenticed on a number of
contemporary novels and novellas, she returned to writing Australian historical fiction, which is her favourite genre.
She lives and works on the beautiful Kangaroo Island off the coast of South Australia.

To find out more, visit Darry on her website.

A gripping story of passion, adventure and a woman's quest for independence set against the colourful backdrop of 19th century Bendigo and the goldfields of Ballarat. --This text refers to an out of print or unavailable edition of this title.

Shelagh
TOP 500 REVIEWER
5.0 out of 5 stars A fabulous window into Australia’s gold rush history
Reviewed in Australia on 6 December 2018
Verified Purchase
I felt as though I were stepping back in time as I read The Widow of Ballarat. Living in another Australian gold mining town I have a strong sense of the historical setting and of the lives of miners and the women of the Australian goldfields circa 1850 and this novel bore out all I know. More than the history though I felt as though I were living the lives of some of the women in the goldfields as I watched life taking place through Nell’s eyes. We so often forget the roles women played at the diggings and in this story author Darry Fraser has given us a clear picture of those times.
This is not just a historical essay, however. It is a skilfully woven tale of one woman’s strength of mind and purpose as she makes a new life for herself following the shooting death of her husband. I felt for Nell as soon as I met her and empathised as she faced one challenge after another.
Nell is not the only important character in this story. Finn Seymour, who first appears garbed as a bushranger, slowly becomes Nell’s love interest. I fell a little in love with him as soon as I learned his name. Seriously. Finn is one of those gorgeous Irish names that almost makes me swoon.
This story struck chords for me throughout. I loved the window into the past, but I also loved the actual story telling. Once I started I struggled to put it down. It has been my introduction to Darry Fraser’s writing and I am now keen to read her other two Australian historical novels.
Read more
2 people found this helpful
Helpful
Report abuse

Tracey B
5.0 out of 5 stars A window into the past
Reviewed in Australia on 2 January 2019
Verified Purchase
Having ancestors who lived and worked on the goldfields around Ballarat and Bendigo, Darry’s book was a wonderful snippet of life and the hardships faced around the time of the Eureka Stockade, intertwined with a surprising love story that evolves between an unlikely couple. I couldn’t put it down and zipped through the book in a day or so, around post Christmas activities.
I also recommend starting with the free prequel Hill of Gold.
Read more
One person found this helpful
Helpful
Report abuse

Lily Malone
TOP 500 REVIEWER
4.0 out of 5 stars Well done
Reviewed in Australia on 31 December 2020
Verified Purchase
I enjoyed this as I have several of Darry Fraser's earlier books. Several of the very well-drawn secondary characters stole this for me particularly Josie and Flora - but the villains were also compelling.
Read more
Helpful
Report abuse

Anne Stubbings
4.0 out of 5 stars Great characters and a bit of history
Reviewed in Australia on 21 January 2019
Verified Purchase
Loved the characters and the setting of the Ballarat goldfields. This book is great holiday reading, moves at a good pace,all the while set within a period of history. Would thoroughly recommend
Read more
One person found this helpful
Helpful
Report abuse

Julia Reynolds
5.0 out of 5 stars Great Read
Reviewed in Australia on 18 November 2018
Verified Purchase
Wow great book made one feel actually there on the gold fields. Also remembering the history behind the terrible things the government and troopers did. Our Australian history has many bloody episodes for white and indigenous
Read more
One person found this helpful
Helpful
Report abuse

Love 2 Read
1.0 out of 5 stars Disappointing
Reviewed in Australia on 30 September 2019
Verified Purchase
Silly and predictable with cliche characters. I had high hopes for this book but to date, I still haven't found a historical Ballarat story that even comes close to Gaskin's, I Know My Love.
Read more
Helpful
Report abuse

COCO
4.0 out of 5 stars LIGHT READ
Reviewed in Australia on 27 April 2021
Verified Purchase
I enjoyed The Widow of Ballarat it was a easy read. The history of the women of the gold fields was good as to how hard life was for men & women trying to make enough to live.
Read more
Helpful
Report abuse

Meredith Whitford
4.0 out of 5 stars A good read
Reviewed in Australia on 13 April 2019
Verified Purchase
Darry Fraser has always had a strong writing 'voice', and in this novel she has hit a new level of maturity and confidence. The story is interesting, the characters convincing, the background well researched. A good read.
Read more
Helpful
Report abuse
See all reviews

Jeanette Kerr
4.0 out of 5 stars Goldfields of Ballarat
Reviewed in the United States on 14 September 2019
Verified Purchase
A good account of the hardships, especially for women during the 1850s in the goldfields. Nell was a very resilient young woman who used her wits to survive as a widow in a male dominated society.
Enjoyable historical fiction.
Read more
Report abuse

lynette williams
5.0 out of 5 stars widow of ballarat
Reviewed in the United States on 10 February 2019
Verified Purchase
loved this book well written about early days in Victoria keeps yor interest until the end
Read more
One person found this helpful
Report abuse

Lois Doherty
4.0 out of 5 stars Great read.
Reviewed in the United States on 22 February 2019
Verified Purchase
Loved reading this book, as a Ballarat resident, and reading the story of I’m sure happened to many young ladies.
Read more
One person found this helpful
Report abuse

philippa hook
5.0 out of 5 stars That the content is very believable.
Reviewed in the United States on 23 October 2019
Verified Purchase
I enjoyed the pace of the novel and the need to keep reading because of the enthralling content. I also really enjoyed the history within the story because I taught units of inquiry for years related to the Victorian Goldfields.
Read more
Report abuse
See all reviews
Back to top
Get to Know Us
Make Money with Us
Let Us Help You
And don't forget:
© 1996-2021, Amazon.com, Inc. or its affiliates