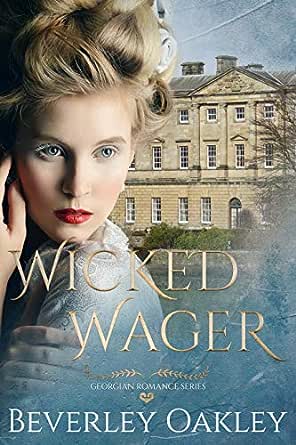 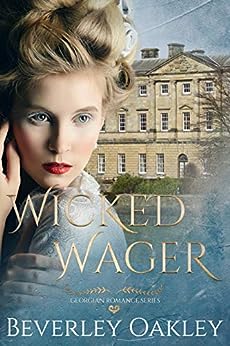 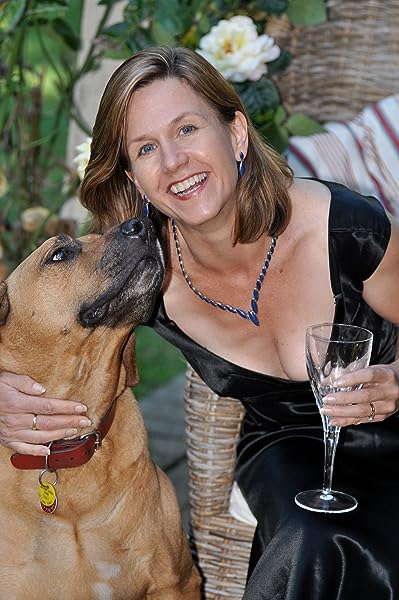 A handsome libertine accepts a wicked wager to win the favour of his unscrupulous ladylove. A virtuous young woman is set to be ruined on the eve of her arranged marriage.

Charismatic rakes and dark agendas set the scene in this multi-layered Georgian mystery and romance in which innocent Celeste Rosington must play a risky game if she’s not to fall victim to the greed and ambition of her powerful enemies.

But just who is the enemy?

When Celeste disguises herself to aid her future husband, she inadvertently finds herself in the arms of notorious libertine, Lord Peregrine.

And she likes it.

But with her reputation in the balance, Celeste soon finds herself navigating the treacherous waters of envy, intrigue and deadly secrets.

As an unwitting pawn in a deadly battle between adversaries, she must choose where to place her allegiance.

Her greatest conflict is between her head and her heart.

Choosing the wrong man, she knows, could mean the difference between life and death.


*Wicked Wager was previously published by Harlequin Escape under the name Beverley Eikli. This exciting, fast-paced Georgian romance with mystery and intrigue has since been revised.

Here's what the readers say:

“Cloaked in mystery and dark agendas Wicked Wager…is a wonderful expedition into intrigue and romance! Nothing is as it seems in this book and as the story evolved clues and romance built.” ~ Jenerated Reviews.

“The author knows how to weave a web full of mystery and suspense, and I had a great time relating to the heroine. Wicked Wager isn't the typical historical romance, it's very complex and intense.” ~ Amazon Reader

“A great novel about a lord who is bored and likes playing games, especially when there are women involved. The game playing is fun and the romantic aspect …is great.” ~ Amazon Reader

“A powerful page-turner with a compelling romance, a gripping 'edge of the seat' mystery and characters that held me spellbound.” ~ Amazon Reader

"Full of mystery, intrigue, and romance. This book is set aside from all others. Totally immersible and hadn't realised I had finished it until I turned the last page. What a book!!"~ Kindle Reader

Elf2060
4.0 out of 5 stars A woman's struggle to find love during the strictures of the Georgian period
Reviewed in the United States on 1 May 2019
Verified Purchase
3.75 stars

"Wicked Wager" by Beverley Oakley is a historical romance that features a complicated set of relationships that include an arranged marriage between cousins, a libertine striving for the favor of an unscrupulous ladylove, a woman scorned by her fiance, as well as a wager made that threatens to upset a series of lives, not necessarily for the better.

This Georgian romance touches on a variety of injustices of the period, particularly the very few options open for women and their lack of voice in directing their future, as well as the other people who were treated as chattel, slaves. It was intriguing that so many of the characters were interconnected and the underlying mystery keeps one curious about the motives behind some of the characters’ actions.

Unfortunately, I was frustrated by the heroine, who seems distressingly naïve and quick to fall for the man who sees her as a means to an end, as does her cousin, who plans to use her for his own purposes. She seems to go from one social catastrophe to another, and often plays a role in her own downfall. There is another female character, whose response to being jilted is also very extreme and distressing.

I like that there is a surprising explanation for the mystery that is touched on throughout the story but I thought the end was a bit too neatly tied up and seemed somewhat rushed. Overall, the story is thought-provoking, has some interesting twists, and gives a unique glimpse of the undercurrents of the rigid society of this era.

Candy b
5.0 out of 5 stars excellent read
Reviewed in the United States on 21 June 2019
Verified Purchase
There are sure a lot of misunderstandings going on in this story. Lord Peregrine, (Perry) is bored and feels lost. He is at the opera with Lady Busselton (Xenia). She has been married twice, old, rich and titled men. Perry has been her lap dog for ten years and gotten nothing out of it. To relieve her boredom she proposes a wager to Perry. He would ruin, the very prim and perfect seeming Miss Rosington and he could have her, Xenia. She also wanted to know where Harry Carstairs was. After all, he was the best friend of Rafael, cousin and engaged to Miss Rosington, she should know. Perry's sister, Charlotte, had been jilted at the altar by Harry Carstairs and promptly disappeared. Confused, don't be it all becomes clear. The author is able to keep all these strings together but separate. Her writing is smooth, concise, and keeps your interest. The characters seem so lifelike and seem to grow as the tale goes on. I enjoy the bantering, and mystery of this amazing book.
I received this novel for free, which I loved, and decided to review it. My thanks to the author.

Merrie
5.0 out of 5 stars Great Story
Reviewed in the United States on 15 April 2019
Verified Purchase
I very much enjoyed reading this book. I loved the characters and the lovely, twisty plot really kept my attention all the way through the book. I voluntarily read an Advance Reader Copy of this book and liked it. In fact, I enjoyed it so much that I bought it. I can definitely recommend it to you.
Read more
One person found this helpful
Helpful
Sending feedback...
Thank you for your feedback.
Sorry, we failed to record your vote. Please try again
Report abuse

Amazon Customer
5.0 out of 5 stars Very engrossing plot!
Reviewed in the United States on 24 June 2019
Verified Purchase
This book captures your attention from the very start. And keeps it throughout. Once you start reading, it's hard to stop. You have to make yourself slow down so you can savor the plot. Although the villains in this story take the cowardly way out, justice still ends up being served. It wasn't what I expected in a romance, but then sometimes the unexpected is the best experience. Definitely worth reading! The author is a new favorite for me.
Read more
Helpful
Sending feedback...
Thank you for your feedback.
Sorry, we failed to record your vote. Please try again
Report abuse