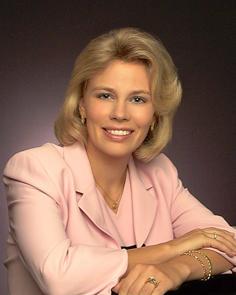 Mrs. D. J. Smith
3.0 out of 5 stars Is this wicked enough for you?
Reviewed in the United Kingdom on 13 May 2009
Verified Purchase
This was my first book by this author, as well as being the first in her Carlisle Family series.

Although enjoyable, it's not a story I would be likely to pick up again. Early on in the book, the hero sees the heroine meet her mother in a restaurant - historical blunder there, as that type of establishment didn't exisit in that period.

I did like the hero, but felt that the ending was unsatisfactory. There were plenty of loose threads to tie up, but I felt it could have been handled better; I wanted to revel in the satisfaction of the villain and villainess getting their comeuppance but didn't quite get that, and the reunion of the hero and heroine pretty much decended into farce! It was too much.

Enjoyable enough, but I'm not tempted enough to pick up the sequel.
Read more
Report abuse

D. Summerfield
2.0 out of 5 stars Overly-long, ultimately unsatisfying Regency revenge romance
Reviewed in the United States on 29 September 2008
Verified Purchase
This is supposed to be a delicious tale of revenge for a cruel betrayal perpetrated by our heroine's first love. Instead, the novel feels sluggish and is finally quite unsatisfying for the reader who slogs through the author's overwritten prose to the bitter end.

The storyline is promising. Lady Fayre Carlisle, the only daughter of the womanizing Duke of Solitea, is seduced and abandoned by a man who is working on behalf of one of her father's cast-off mistresses. Deciding to face the gossip-mongers of the ton rather than running from the scandal, Fayre finds an unexpected ally in the person of Maccus Brawley, a man with an unsavory past but plenty of money, who is looking to buy himself into an advantageous marriage to advance his position in society. Brawley proposes that Fayre aid his entree into the upper echelons of society in exchange for his help in exacting revenge against her seducer and her father's former mistress.

However, this enticing storyline is so buried under descriptions of Fayre's family and Maccus' background, not to mention the decidedly un-exciting (and totally unbelievable) sexual relationship which develops between Fayre and Maccus, that the reader soon loses interest and finds herself paging ahead to see where the plot is.

The pay-off for the revenge scheme comes only in the last ten pages of the novel, and is most unsatisfying. Fayre never really triumphs over her adversities at all -- all the comeuppances for her seducer and the former mistress happen off-stage, out of her presence, and are only related to her in a long-winded speech.

On a personal note, even if the author had pulled off her plot lines in a satisfactory manner, I would still have subtracted one star for the annoying names she chooses for her characters -- Fayre, Maccus, Temmes, Duke of Solitea, Lord Yemant, Lord Mewe, Lady Othilia Hipgrave (to name a few of the most egregious) -- by the end of the book, I was praying for just one character named John.
Read more
4 people found this helpful
Report abuse

mnix
5.0 out of 5 stars Wicked Under the Cover
Reviewed in the United States on 7 January 2007
Verified Purchase
Lady Fayre Carlisle has been ruined; she was seduced and deceived by Lord Thatcher Standish. Her father's mistress, Lady Othilia, set her up as a form of revenge against her father the Duke of Solitea for his waning interest in her.

When Maccus Knight Brawley first sees Fayre he desires her instantly. When he discovers who she is and the secrets that she is hiding, he is convinced that he and Fayre would make a perfect team. Fayre is distrusting though; the scandal Standish caused has made her wary of others intentions, especially men's. It will be very difficult for Maccus to convince her to become his partner.

Fayre reluctantly agrees to assist Maccus in his emergence into society because he promises to assist her in striking back at Standish and Othilia and in the process she and Maccus become close. When it seems that their relationship is becoming serious, Maccus is caught in a compromising position that has Fayre convinced he is no better that Standish. Can Maccus convince Fayre that seeing is not always believing?

Passion and revenge abound in Wicked Under The Covers. It is a love story that captivated me immediately. The characters are intriguing, the storyline is engaging, the sex is hot, and the romance is tender. Fayre and Maccus are strong characters who had me rooting for them throughout the story. I thoroughly relished Wicked Under The Covers and am really looking forward to Fayne's story next!

Jenerated Reviews
5.0 out of 5 stars Wicked Fun!
Reviewed in the United States on 6 February 2015
Verified Purchase
Prior to reading this novel I had read Barbara Pierce's later works as her pen name Alexandra Hawkins and was a fan already. This was a really entertaining story with strong characters and interesting family dynamics. Maccus and Fayre are well matched and memorable. Sexy and scandalous‎, Wicked Under the Covers is a worthwhile read!
Read more
Report abuse

farmgirl
4.0 out of 5 stars fun fast read
Reviewed in the United States on 15 October 2015
Verified Purchase
I read this series and this one was the most interesting, some twists and turns, kept my interest.
Read more
Report abuse
See all reviews
Get FREE delivery with Amazon Prime
Prime members enjoy FREE Delivery and exclusive access to movies, TV shows, music, Kindle e-books, Twitch Prime, and more.
> Get Started
Back to top
Get to Know Us
Make Money with Us
Let Us Help You
And don't forget:
© 1996-2020, Amazon.com, Inc. or its affiliates