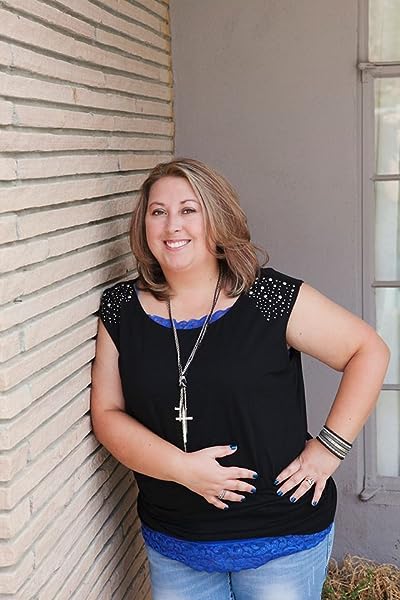 by Michelle A Valentine (Author), Scott Merriman (Reader), Natalie Eaton (Reader) & 0 more
4.1 out of 5 stars 53 ratings
See all formats and editions
Sorry, there was a problem loading this page. Try again.

Michelle A. Valentine is the New York Times and USA Today bestselling author of Rock the Heart. Wicked Reunion is the second novel in her Wicked White romance series. She attended college as a drafting and design major, but her love of people soon persuaded her to join the nursing field. It wasn't until after the birth of her son that she began her love affair with romance novels, and she hasn't looked back since. When she's not writing, she feeds her music addiction, dabbles in party planning, and expresses herself by working with arts and crafts. She lives in Columbus, Ohio, with her husband, son, and two beloved dogs.

Start reading Wicked Reunion on your Kindle in under a minute.

Book teasers and excepts can be found on her website: http://www.michelleavalentine.com

4.1 out of 5 stars
4.1 out of 5
53 global ratings
How are ratings calculated?
To calculate the overall star rating and percentage breakdown by star, we don’t use a simple average. Instead, our system considers things like how recent a review is and if the reviewer bought the item on Amazon. It also analyses reviews to verify trustworthiness.

paddlefoot1397
TOP 50 REVIEWER
4.0 out of 5 stars More Wicked...
Reviewed in Australia on 15 December 2015
This runs parallel to the timeframe in Wicked White, so you would not have to have read it to read Wicked Reunion.

Jared and London's story goes way back. Sweethearts since forever until Jared takes off, never to be seen by her again.

Girl meets boy. Girl and boy fall in love. Boy breaks her heart. His brother consoles her. Boy comes back.

5 years later, he is part of the famous Wicked White, but still in love with London. His unexpected return to town throws everything into disarray.

There is a lot of emotion in Wicked Reunion. If I was London I would have nut punched Jared the first time I saw him again! I could understand why she acted like she did, but still gah!

There is a lot of angsty, confused emotions in Wicked Reunion. Poor London is a a bit of a mess really, and I felt for her. There were a couple of times when I shed a tear for her.

I liked Wicked Reunion, but there was just something it was missing that stopped me from loving it. I can't quite put my finger on what it was though that was missing.

I enjoyed the journey that Jared and London have taken to get to this point in their lives though, and look forward to more of this series - hopefully we will get more of Ace and his relationship with the guys in his band!
Read more
One person found this helpful
Helpful
Report abuse

Old Dave's Romance Revue
5.0 out of 5 stars Time to man up
Reviewed in Australia on 17 December 2015
Just when everything looked like it was coming together, Jared Kraft found himself in stumbling through a series of situations where his emotions were running so high, that he simply made some bad choices and in that emotional state, rather than suck it up like men are constantly told to do, he ran. No plan no destination, but at that point surely anything had to be better than facing the mess he'd made of his nearly perfect life, and the disappointment of family friends and the woman he still loved, even if he no longer deemed himself worthy of her love in return.

That was five years ago, and while he still looks back every single day, not once has he actually gone back ... till now.

Plucked from obscurity and coerced, by the label he signed to, into playing for a band he'd much rather be leading, he's found the popularity he's convinced he deserves, but without being up front ... he's really not happy. He knows however, that the ultimate root of his discontent lies back home with the family and the girl he's ignored for five very long years.

Like many romance novels these days, its written from dual POVs, Jared and London each get to tell their story, but each tell both stories. What's happening now, and what happened then, with chapter long flashbacks from each of them interspersed with the 'now', slowly filling in the blanks so that by the time they finally actually meet again, the reader is almost up to date about what was so terrible about those events that drove Jared to wonder if he could ever return home.

I really really enjoyed this story, but there were a couple of things that bothered me a little.

First, while it is an interrelated standalone, being related to the first book in the series, Wicked White by Jared being in the same band as Ace, the male lead from that book, there's surprisingly little interatction between Jared and Ace, but that's not what bothered me. What bothered me is that reading this book second (which isn't necessary, but would, I suspect be typical) the reader is given very few cues at the start regarding where this story fits in, chronologically speaking, with the first, so, I'll tell you.

Obviously, the flashback portions of the story are set years before, but the main part of the story actually begins at the same time, or possibly even a little before the opening chapter of Wicked White, and runs parallel with it, though if you've read the first book you'll understand why there's very little interaction between the two stories.

Once I had that little conundrum finally sorted out in my head, I really got into it, thoroughly enjoying that immersive experience of having the world around you disappear for a while and living inside the book.

Jared, London, Wes (Jared's brother) and Sam (London's BFF) all jump off the page as fully realized characters, each with their own priorities and interests woven through a story that is frustrating, endearing, bittersweet and, at times, heartbreaking.

My only other gripe with the story is that I really really wanted more. I understand that, particularly when writing epilogues to stories where the author clearly intends more books to come in the series, they have to be circumspect about how much they reveal and how much they tease, but come on ... just another chapter? Please?
Read more
Helpful
Report abuse
See all reviews

aysha
5.0 out of 5 stars Good read
Reviewed in the United Kingdom on 12 June 2016
Verified Purchase
This was a bit conflicting as much as i understood london and how she felt leading up to jared leaving i still felt she used jared brother and this was not acceptable to me. She felt down and then proceeded to marry the brother of her supposed lifelong love so really she was putting him second best knowingly. Liked how they all resolved their futures.
Read more
Report abuse

Alanna c
5.0 out of 5 stars Another fab read by Michelle!!
Reviewed in the United Kingdom on 16 January 2016
Verified Purchase
Well if you love Michelle's books you will not be disappointed!! More hot guys and gripping storylines makes this an easy read can't wait for more!!
Read more
Report abuse

Kindle Customer
3.0 out of 5 stars A good read
Reviewed in the United Kingdom on 27 December 2015
Verified Purchase
I enjoyed the story but it was a little predictable. I enjoyed book one more. It skipped on two years to tie up loose ends but I would like to know the story of how the band evolved and the relationship between Ace and Jared.
Read more
Report abuse

knoxy
1.0 out of 5 stars Faulty download
Reviewed in the United Kingdom on 2 February 2016
Verified Purchase
Not happy at all got to 93% and got a message saying item can't be opened. Have tried deleting and downloading from archive items but this hasn't worked. So can't review the book when I can't read the end. Can someone investigate this please!
Read more
Report abuse

Dorinda Atkins
4.0 out of 5 stars Four Stars
Reviewed in the United Kingdom on 6 February 2016
Verified Purchase
very good
Read more
Report abuse
See all reviews
Back to top
Get to Know Us
Make Money with Us
Let Us Help You
And don't forget:
© 1996-2021, Amazon.com, Inc. or its affiliates