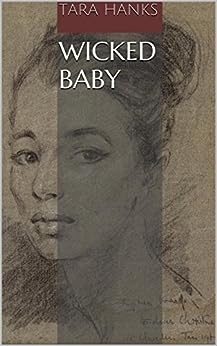 Ian D. Smith
5.0 out of 5 stars It’s a novel about times changing, but it’s also about what’s still the same
Reviewed in the United Kingdom on 2 March 2020
Verified Purchase
“It wouldn’t have the raw staccato quality that made it mine”

I really enjoyed Wicked Baby. It doesn’t shy away from presenting all the facts, it raises more questions than there are answers, and you know those answers will be locked away for another hundred years. So this is a perfect novel to bury yourself in, and simply think.

The novel’s charm lies in the relentless devotion to what’s in the public domain and it lets the drama speak for itself. It resists expanding and exploiting the many fantastic opportunities for dramatic set pieces, and it constantly moves on instead. I like that there are no conclusions drawn, no easy answers, no symbolic scenes, and it’s right that the facts presented this way allow you to say, as I constantly did, ‘Well, it makes you think’.

Christine Keeler’s first person foreword gives an account of her early unhappy beginnings. What we then get is the full story in third person, that’s dispassionate and immediate, as though the writer is very close to the events, a journalist hurrying through the scenes in the early sixties with the protagonists.

The epilogue returns to first person, Christine Keeler in 1967, wondering ‘what if?’. It’s as though a century has passed since Ward drove Keeler out of London to Cliveden, not a million miles from her upbringing in Wraysbury, but a million miles in terms of status. The distance from Wraysbury to Cliveden is 18 miles, or about 25 minutes by car. It makes you think.

It’s a novel about times changing, but it’s also about what’s still the same. You can imagine the early sixties, before the Beatles’ first LP. The soundtrack is the jazz clubs of Notting Hill, the music of Mingus and Coltrane, and things are about to happen.

There’s an honest and surprising after word from the author, that describes how the novel evolved. And, for those, like me, who can’t get enough of the story, there are several excellent extra articles, too. Five stars.
Read more
One person found this helpful
Report abuse

Rick.
5.0 out of 5 stars Good read.
Reviewed in the United Kingdom on 19 February 2021
Verified Purchase
Having watched the TV drama I was left wanting to know more. Good interesting read.
Read more
One person found this helpful
Report abuse

Nancy Morris Cook
5.0 out of 5 stars I loved this book
Reviewed in the United States on 26 December 2014
Verified Purchase
I loved this book. It is about a British political scandal that happened in the early 1960's. A lovely young girl, Christine Keeler, had lived on her own since the age of 17. She worked as a model, topless dancer, and showgirl. She had a brief affair with John Profumo, who was secretary of state for war. When the affair became public, the scandal became know as "The Profumo Affair" I liked the way that Tara researched Christine's life to give us an honest picture of her. I am glad that I read the book before the death of Mandy Rice.
Read more
One person found this helpful
Report abuse
See all reviews
Back to top
Get to Know Us
Make Money with Us
Let Us Help You
And don't forget:
© 1996-2021, Amazon.com, Inc. or its affiliates