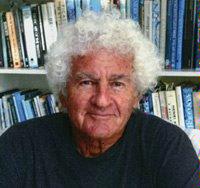 Why You Get Sick and How You Get Well: The Healing Power of Feelings Hardcover – 1 August 1996

Bluecashmere.
5.0 out of 5 stars "You can't tell anyone anything"
Reviewed in the United Kingdom on 14 March 2019
Verified Purchase
Many years ago now, largely as a result of reading Janov’s earlier book, “The Primal Scream”, I undertook a prolonged period of Primal Therapy. It was a remarkably liberating and life-enhancing experience. In this later book, Janov clarifies the theory behind Primal Therapy and roots the whole procedure in a far more scientific context. Over relatively recent years much more has been discovered and understood as to how the brain functions. That experience beds down the theory within these scientific advances, but the essence of Primal Therapy remains essentially the same.
Those who know something of Janov’s methods are often misled by some of the activities that arise within therapy sessions. It is, therefore, worth emphasising at the outset what Primal Therapy is not about: making people scream, pound walls, and cry out for mother. These events may happen, but they happen spontaneously through connecting to the source of pain. What Primal Therapy is about is feeling. It is feelings that give us the power to reason – never the reverse. Connection to the original source of pain is the be-all and end-all of healing – and a wonderfully healing process Primal Therapy is. Thus Janov dismisses intellectual insight theories, such as Gestalt and the much-derided cbt that enhance disconnection from the origins of pain that stand in the path of healing. Janov is not opposed to all therapies other than his own. Many he is anxious to acknowledge have a value, especially for those as yet unable to face the impact of their repressed pain. Repression is central to his insights. Hence the heading: “You can’t tell anyone anything.” It is essential to escape from your head, for me a major problem as one academically trained in a firm belief in reason as the answer to all.
There is, as Janov convincingly argues “no painless way out of neurosis. Every neurotic is a child, and maturity is all but impossible without encountering and confronting – at the level of feeling – the source of the pain. Janov agrees that sometimes it is necessary to deal with the symptoms. but only en route to the causes, often hidden from our memories.

There is a great deal more of course., most particularly painful issues that confront so many: phobias, migraine, panic attacks, obsessions, nightmares and many more, including serious physical diseases. Here, it is only possible to isolate some key themes. I recommend this book without reservation. Those who are willing to take it on will find it lucidly written even when Janov is exploring and explaining key processes of the brain.
Read more
9 people found this helpful
Report abuse

joseph patino
5.0 out of 5 stars i read the first in a series of books Dr ...
Reviewed in the United States on 24 May 2015
Verified Purchase
i read the first in a series of books Dr. Janov has written The Primal Scream back in 1973.I became a pateint in 1974 In his book he describes
the problems facing the human organism and how to correct them. Since then i've experienced the truth of his discovery and have found it to be
all of what he describes. This man has discovered a remarkable and wonderous therapy that restores the ailing humans we are back to our caring
and loving self we were intended to be
Entered therapy at the age of 28 yrs old I am at present 69 yrs old
Read more
9 people found this helpful
Report abuse

jenfromatlanta
2.0 out of 5 stars primal retraction
Reviewed in the United States on 18 September 2007
Verified Purchase
Janov's book WYGSAHYGWell is a book that contains at least one testimonial that the patient would now retract. I have evidence. It is too full of unscientific jumps of logic. Check out [...] it is explained well there. His assertion that it is only logical to pursue pain to reverse the effects of pain is simplistic. Even if it is true that in the forward direction, trauma causes psychological problems (true I think, and important), it does not neccessarily mean the reverse is obviously true - that to reexperience pain will lead to a joyful existence that resembles the joy of young children. In my experience, the results from primal therapy also shine doubt on Janov's assertions. It is a pity, because so much of the book is valuable and important, for example the emphasis of love, and the criticisms of robotically extinguishing behaviors with behaviorism (not all behaviorism is bad though) are all good. But Janov's theory is taken to the extremes in his books, and by his followers, spoiling the valid points that they make. For example, gentle births and avoiding birth traumas are noble and correct causes. However, claiming that ALL psychological problems may have birth trauma as the underlying cause is pushing it too far. Suggesting reliving birth over and over again will reverse the effects of birth is also getting wacky. (this is found more in Janovs books after 1971). Janovs works have a tendency to draw you in with true and emotional themes, but they take you too far into his single deterministic model, and get you beleiving in things that are not proven, and actually unlikely. His model of understanding fails in some circumstances (as do all the grand theories), and in some cases evidence exists that contradicts some of the theory (for example modern research on surgery suggested mammals do better WITH pain medication, in the Primal Scream Janov suggested avoiding pain meds wherever possible, something I thing he may now disagree with, but has made no formal retraction).
I would recommend learning about all the models in psychology to put this work in context, and look at all the recent data in the field 1990 to 2006. Despite Janov's attack on Freud, Primal is a derivative of Freudian work, with some of the similar problems and benefits that come from that model. The worst thing you could do is wrap yourself in a primal blanket, and think psychology's rejection of this work is somehow repressed or a conspiracy. Mainstream psychology would correctly argue that the evidence is mostly case study from a specific skewed population of Janov followers, at a specific time in their optimism and therapy cycle. Similar miraculous reports are found in spiritual healing practices, again with believer's testimony being emphasised and published when it is positive.
In addition, rememeber this work was written a long time ago, and the diatribe against other psychological treatments is out of date (and in part unfair even at the time). However some of the criticisms of other treatments were valid, and important.
Use scientific and critical thinking to make your own decisions about this work. It's not all wrong, if you have your wits about you and you filter the information, it could help fill your life with love and improve the life of your children. Janov is right, love is the most important thing is raising children, and he does a good job of defining love between an parent and child.
On the other hand, if you take all of it to heart, and to the extreme, and then go on to destroy all relations with your family, create false memories, and spend decades trying to cry, scream and holding your breath in birth primals, it might just spoil your life.
It could go either way, so think independently for yourself.
Consider too, I may be wrong, so look at all the data with a critical eye, and draw on all areas of psychological research for clues.
Read more
15 people found this helpful
Report abuse

Amazon Customer
5.0 out of 5 stars Excellent book
Reviewed in the United States on 19 February 2013
Verified Purchase
For those who wants to understand the nature of ilnesses and how to heal. Very good book. This is one of the best that I have read.
Read more
5 people found this helpful
Report abuse
See all reviews
Get FREE delivery with Amazon Prime
Prime members enjoy FREE Delivery and exclusive access to movies, TV shows, music, Kindle e-books, Twitch Prime, and more.
> Get Started
Back to top
Get to Know Us
Make Money with Us
Let Us Help You
And don't forget:
© 1996-2020, Amazon.com, Inc. or its affiliates