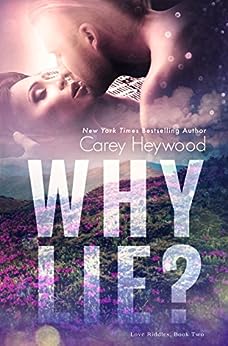 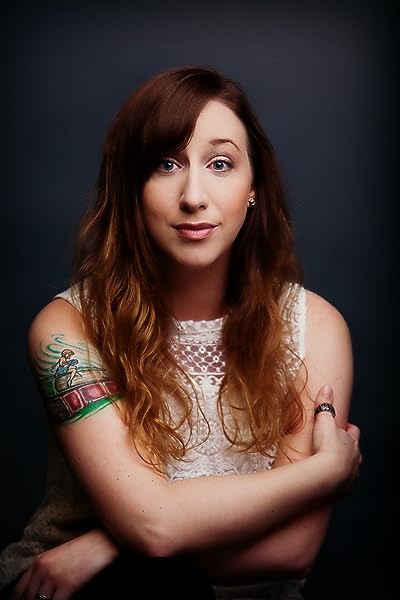 Christine
5.0 out of 5 stars One of my favourites!
Reviewed in Australia on 12 September 2016
The easier question would be what didn't I love! I didn't love that this book ended. Carey Heywood writes characters that I fall in love with. Every single time. I start and I can't stop. The story flows effortlessly, the characters and the plot capture your attention and hold it.
Read more
One person found this helpful
Helpful
Report abuse
See all reviews

AA
2.0 out of 5 stars Ok
Reviewed in Canada on 28 October 2020
Verified Purchase
This book was ok, it wasn't that good because the entire story seemed really contrived because of what happened to the heroine
Read more
Report abuse

Coyote14223
5.0 out of 5 stars Heart Achingly Beautiful
Reviewed in the United States on 13 September 2016
Verified Purchase
This book was amazingly emotional and heart achingly beautiful! I haven't read the first book, but I was able to follow along. This author is now on my "friendly stalking" lists. I have even gone to purchase the first book and this one! I usually write a little more about the characters, but I'm not going to. Everyone who has followed me, knows that I don't give spoilers! This book is full of so much realistic characters, experiences (including some sexual), and emotions that are all over (for the characters and the reader). This is a must read, just trust me!
Read more
6 people found this helpful
Report abuse

chrissycf
5.0 out of 5 stars A heartbreaking and beautiful story!
Reviewed in the United States on 12 October 2016
Verified Purchase
I adored Why Now? and couldn't wait for Heath's story, but Why Lie? it blew Why Now? out of the water! This book was beautiful, heartbreaking and absolutely amazing!

If you've read Why Now? then you know a bit about Heath, and his failed engagement to Kacey, and were probably left wondering why Sydney, the quirky and sweet girl who works at Lola's ended up spilling a drink on his head. Well we finally get those answers in this book, and I was shocked. Heath really had a lot of making up to do, especially after we found out why Sydney seemed to hate him, and he tried so hard to make things right with her, but it was a long journey.

The dynamic between Heath and Sydney is amazing. Their banter, even when Sydney is brushing him off and angry with him, is hilarious. Sydney doesn't take crap from anyone and knows she is worth more than how Heath made her feel. He had to do a lot of groveling and work to get her to see he realized his mistake and to give him a second chance. Watching Heath work on gaining Sydney's trust back was beautiful. I may have not been a fan of his in the beginning of this book, but over and over again, I fell more and more in love with his character.

Not only do we have the beautiful relationship (though sometimes chaotic and crazy) between Sydney and Heath, but we also see some heartbreaking moments for Heath. I became some invested in some of these characters, and even though I knew the time was coming for one of them, I wasn't prepared for it, and teared up quite a bit.

Carey Heywood did an amazing job at pulling at my heartstrings in this book, making me fall in love with a character I didn't want to, and to truly believe in second chance romances. This book had everything and I couldn't put my Kindle down. As soon as I started this book, everywhere I went until I finished my Kindle was attached. Why Lie? is a beautifully written story that will stick with me long after I write this review! I highly encourage anyone who is looking for a second chance romance, a hero that is redeemed, and a few tears, to pick this book up ASAP!
Read more
4 people found this helpful
Report abuse

Nasha Lama
5.0 out of 5 stars I will always and forever love Carey Heywood books and the way she writes the ...
Reviewed in the United States on 23 September 2016
Verified Purchase
I will always and forever love Carey Heywood books and the way she writes the story, they are always full of emotions, but no the fake ones but the ones that are so real that can relate to the love and/or pain a character might be going through!
This is a book 2 and even if it can be read as a standalone I'll recommend to read the 1 so you can relate to the emotions of the second book.
Even tho I wanted to kill Heath because of everything he put Sidney through, I grew to accept him and his choices!
So if you read book 1, hold on, you will understand Heath and if you are reading from this book 2, when you learned what happened also hold on, you will understand him!
I love the story and how sometimes life is not easy and it can be really hard sometimes, but as long as you are open to have someone by your side through the ups and dows it will be an easier ride!
I don't want to give you spoilers but jsut so you know be prepared, this is one beautiful story that you should definitely read!
Read more
One person found this helpful
Report abuse
See all reviews
Back to top
Get to Know Us
Make Money with Us
Let Us Help You
And don't forget:
© 1996-2021, Amazon.com, Inc. or its affiliates