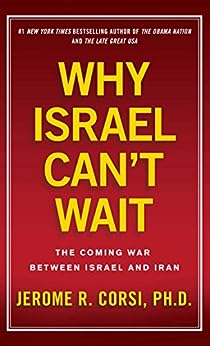 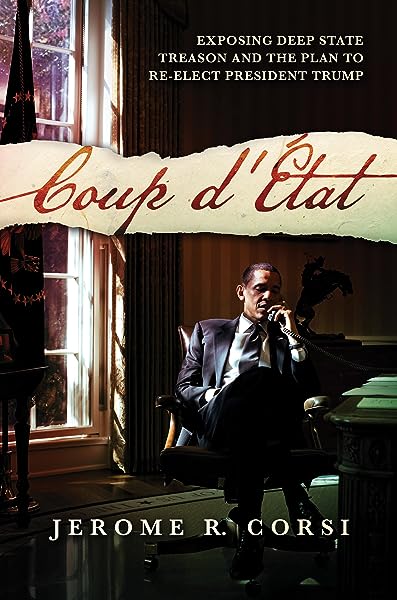 Why Israel Can't Wait: The Coming War Between Israel and Iran Kindle Edition

Israel is a "one-bomb state," such that one atomic weapon, even a relatively low-yield bomb of the type the United States dropped on Hiroshima or Nagasaki in World War II, would destroy the modern Jewish state as we know it today.

The Obama administration has repeatedly declared the intention of following up on the campaign promise to negotiate directly with Iran. This represents a fundamental policy shift from the Bush administration's efforts to apply international sanctions through the United Nations in an effort to force Iran to quit enriching uranium.

Consistently, Iran has insisted upon the nation's right as a signatory to the Non-Proliferation Treaty to pursue the "full fuel cycle," code words for Iran's determination to advance uranium enrichment technology in Iran under Iranian control.

In recent months, top Iranian government and military figures have issued warnings that the time is getting short, such that Iran might well have the capability to develop and deliver at least one nuclear weapon by the end of 2009 or the beginning of 2010.

At the same time, the international community has expressed doubt that the Iranian government will make any serious concessions on their atomic program.

At the end of the Bush administration, the international press credibly reported that the Olmert government in Israel was denied fly-over rights in Iran in order to launch a military strike on Iran.

Known as the "Sampson Option," an Israeli first-strike on Iran's nuclear facilities becomes increasingly likely to the extent Israel feels isolated from the world community and concludes there is no chance the Obama administration will ever be able to induce Iran to stop enriching uranium, regardless how seriously the president intends to push direct negotiations as a strategy.

We have already seen two wars launched by Israel against terrorist surrogates financed and supported by Iran: the 2006 war against Hezbollah in Lebanon and the 2008 war against Hamas in the Gaza Strip. Now, a war between Israel and Iran is on the near horizon, possibly fated to occur before the end of 2009.
Read more
Previous page
Next page

Dr. Jerome Corsi received a Ph.D. from Harvard University in political science in 1972. He is the author of the #1 New York Times bestseller The Obama Nation: Leftist Politics and the Cult of Personality and the co-author of Unfit for Command: Swift Boat Veterans Speak Out Against John Kerry, which was also a #1 New York Times bestseller. He is a regular contributor to WorldNetDaily.com. --This text refers to the paperback edition.

Jerome R. Corsi, Ph.D. is the Founder and CEO of CorsiNation.com.

My next book, to be published in January 2020, is COUP D'&Eacute;TAT: EXPOSING DEEP STATE TREASON AND THE PLAN TO RE-ELECT PRESIDENT TRUMP.

In March 2019, Dr. Corsi published SILENT NO MORE: HOW I BECAME A POLITICAL PRISONER OF MUELLER'S &quot;WITCH HUNT.&quot;

His previous New York Times bestselling books, published in March 2018, was KILLING THE DEEP STATE: THE FIGHT TO SAVE PRESIDENT TRUMP.

From 1968-1981, he worked at universities where he conducted research on federally funded grants.

In 1981, he published “Terrorism as a Desperate Game: Fear, Bargaining, and Communication in the Terrorist Event” in Journal of Conflict Resolution, a mathematical game-theoretical model for predicting the outcome of terrorist events. This resulted in a top-secret clearance by the State Department’s Agency for International Development, where he joined a team of psychiatrists and psychologists to develop a hostage-survival training program for State Department officials stationed overseas.

For 25 years, beginning in 1982, Dr. Corsi worked with financial institutions, insurance companies, and mutual funds in the United States and abroad, specializing in the development of third-party marketing firms working with banks to develop retail financial planning services selling annuities and mutual funds to investment and retirement customers.

Working for WND.com for 12 years, starting in 2004, Dr. Corsi obtained press credential to cover the U.S. Congress in Washington, as well as many presidential speeches in events in the second term of President George W. Bush and during the two terms of President Barack Obama. In 2012, the Secret Service cleared Dr. Corsi to fly as “traveling press” on GOP presidential candidate Mitt Romney’s airplane for the last three weeks of the presidential campaign.

Varalagom
4.0 out of 5 stars Why Israel "Must" Act!
Reviewed in the United Kingdom on 4 November 2009
Verified Purchase
A nuclear armed Iran is simply unthinkable. If anyone needs to be convinced of that, then nothing I say will change their mind. This book is short, yet gives a clear explanation of how things currently stand, and why Israel must act sooner than later, not only for her own future, but for the rest of us as well.

Unfortunately, they most likely must do this alone. As the world (and Iran) talks, talks, talks, the Iranian madmen are fast at work. Are world leaders really so stupid, or just appeaser's hoping the Iranians in charge will give it up?

For those who wish to have the facts and sentiment among Israel leaders, this book gives it...

Steve Dietrich
5.0 out of 5 stars Short Read on An Important Topic
Reviewed in the United States on 13 February 2010
Verified Purchase
As others have noted, this is a short book that outlines the reasons that Israel can not wait for a resolution of the Iranian nuclear weapon threat. While much of the material is available elsewhere, the author weaves it together in a convincing case.

It's also a book that should remind us that Iran was a critical issue in the political debates of 2008 but largely missing from the day to day concerns of the press corps.

The struggle to hold the nuclear line against a country as large, wealthy and radical as Iran is critical to the entire nuclear proliferation issue. It's also a convincing reason why we need to be spending more of our stimulus dollars to maintain critical work on projects such as the F-22. Without this capability we are somewhat a paper tiger, relegated to the use of cruise missiles or non-nuclear ICBM's to attack the many deeply buried sites in Iran. Or perhaps pushed over the nuclear threshold to eliminate an impending threat.

One of the dangers in the area is that while our intelligence may provide some indication of Iranian progress on the bomb, it is not likely to provide highly reliable intelligence on Iran's impending actions. Why ?, because the Iranian leaders may not know how they will react to tomorrow's sunrise , much less international events. The connections between Iran and a cast of characters from N. Korea and various South American countries to China and Russia pose conflicting loyalties and opportunities for the Iranians.

If you value brevity and efficiency in writing this is a great book. If you are looking for something that is likely to sit unread due to its length and complexity, but looks impressive on your library shelf it's not the book for you.

Quick easy read which begs to be passed on to a friend.

Two years ago we were told that it was imperative that our leaders meet directly with the Iranian leaders to defuse the impending nuclear confrontation. Israel is still waiting for that meeting.
Read more
5 people found this helpful
Report abuse

Albert
5.0 out of 5 stars Jerome Corsi
Reviewed in the United States on 13 September 2012
Verified Purchase
Everything written by Dr. Jerome Corsi ought to be required reading of every American. This book is no exception. I am not aware of anybody who has a more accurate understanding of the critical issues we face, than this man, Jerome Corsi.
Read more
One person found this helpful
Report abuse

Super shopper
5.0 out of 5 stars iran and israel
Reviewed in the United States on 19 December 2009
Verified Purchase
This book is an eye opener to what could very realistically happen in the near future. I think Israel will act first simply because there nation is most immediately affected by Iran.
Read more
8 people found this helpful
Report abuse
See all reviews
Back to top
Get to Know Us
Make Money with Us
Let Us Help You
And don't forget:
© 1996-2022, Amazon.com, Inc. or its affiliates