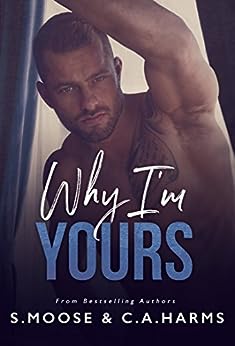 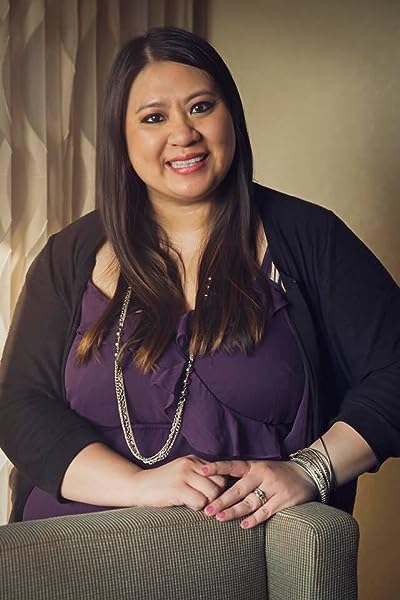 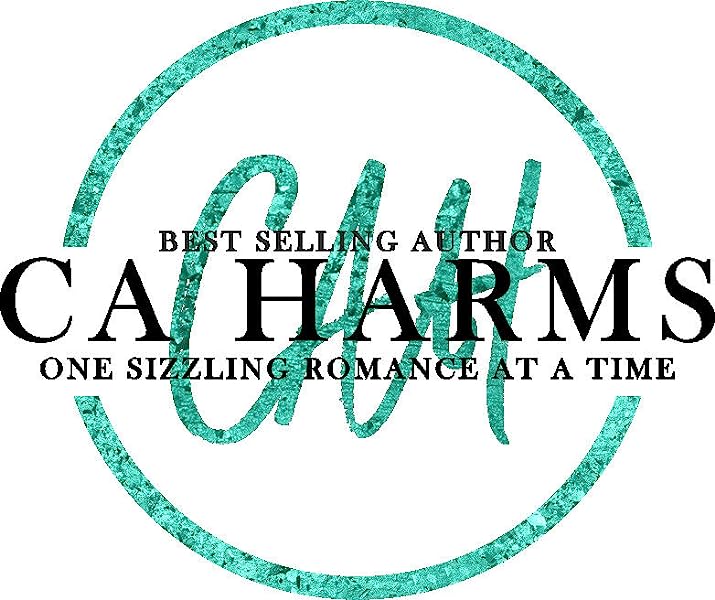 Why I'm Yours Kindle Edition

Zoe Hickey
5.0 out of 5 stars Heartbreaking beautiful love. Definitely a must read.
Reviewed in Australia on 9 October 2017
Verified Purchase
Who ever decided to put C.A Harms and S. Moose together created the equivalent of a perfect storm. This book is heartbreakingly beautiful you get a combination of both authors style and it justs work. This book buried itself deep and captured my very soul. I cried and laughed while reading totally emersing myself with these charecters. I honestly could not put this book down.

The connection between Drew and Reagan was a beautiful story and to see how they evolved as a couple was amazing. This is definitely a couple you could never get enough of reading. I believe the one who stole the show was Dawson, that boy is beautiful so honest and caring. He loved fun and family and was so sweet. The storyline gave you all the ups and downs life can possibly give and hard issues weren't just glanced over. Parts of this story broke my heart to be rebuilt in futher along scenes. Tissues are a possible requirement for this book.

I honestly would recommend these two authors separately but together they are a must read. Absolutely beautiful book and I absolutely cannot wait for Remy and Aimee, if the quality of this book is anything to go by it is going to be magnificent. I honestly hope if you read this book you enjoy it as much as I have.

The most beautiful quote is one I read in this book.

You’re my chord, Drew. It’s special and unique, and I think whoever created the repeat button knew it was meant for people who loved music, so they could listen to that one song over and over again. Well, I want to be with you and only you, on repeat, and someday, I hope you’ll want that, too.”

Addicted2Romance
TOP 500 REVIEWER
5.0 out of 5 stars Love to hate
Reviewed in Australia on 2 November 2017
Verified Purchase
Very much a must read. What more can I say it will pull at your heart strings and make you sing, when his mothers new assistant drops coffee over him it’s love at first sight but it comes out as hate both Drew and Reagan butt heads and are both stubborn so when their relationship takes a turn into the friends zone then slowly moves from there they are both caught out in a happily ever after situation. A must read for e eruone
Read more
Helpful
Report abuse

Karen Sedg
TOP 1000 REVIEWER
4.0 out of 5 stars Perfect Read!
Reviewed in Australia on 20 July 2018
Verified Purchase
This read was perfect, sweet and with some tragedy! My heart goes out to Reagan for what she endured! Then she found the perfect blend with little Dawson and Drew to bring her back to the old Reagan she use to be! Looking forward to Aimee's story!
Read more
Helpful
Report abuse

Marns
5.0 out of 5 stars Survival, Healing and finally Love.
Reviewed in Australia on 10 October 2017
C.A Harms and S. Moose make a formidable writing team, and I will absolutely one-click everything I see from them in the future. Their writing is intense, shocking, witty and humorous. Like life often is.

Why I’m yours is about the survival and healing after a harrowing attack, which, disgustingly, is all too familiar to many women. Reagan Halloway had her life set. She’d done the hard yards, was ready to graduate and embrace life, until one man stole it all from her. She’s now no longer the strong, sweet and happy girl she was, just a survivor.

Drew Powers thought he’d married the woman he loved and wanted to create a family with, and for a while, everything was perfect. When his son Dawson was born, he was smitten. Unfortunately his wife wasn’t, and things fell apart. Now, divorced, it was just his hollow and frozen self, and his gorgeous son.

Reagan finally has her life together and has secured a job as a Personal assistant to the CEO of Powers Financial, Miranda Powers, when she literally bumps into the CFO, Miranda’s son Drew. He’s earned the nickname a$$hat, and tries to treat her like his personal slave, since his last secretary was one in a long line who’d recently quit. Reagan did not acknowledge men who threw their power around, especially the most handsome man she’s ever laid eyes on. She stood her ground, and the chemistry between them was INTENSE! This only made him more intrigued, and she successfully ignored him, until, she saw Dawson.

There is no bigger chick magnet than a single father who openly shows his love and devotion to their offspring. And Drew is totally dedicated to Dawson. This kid is just gorgeous, and not only stole the book, but Reagan’s heart. Just when things look like they might head in the right direction, a massive road block occurs, and has the potential to set her back.

Secondary characters in the form of Drew’s cousin Remy, and Reagan’s best friend Aimee add a deep dynamic to the thread of the story, and there is the best hook ever at the end, to ensure that I just can’t wait for their next book, due next year! I voluntarily read an advanced reader copy of this amazing book, and highly recommend it as a 5 Star read!
Read more
Helpful
Report abuse

Kirsty Lyon
5.0 out of 5 stars Rollercoaster ride
Reviewed in Australia on 3 February 2018
I could not put this book down from the moment I picked it up (not always a good thing when its late at night).
I was hooked from the start and it was action packed from the first page to the last. I fell in love with them all
Read more
Helpful
Report abuse
See all reviews

Sadie marie webb
5.0 out of 5 stars love it
Reviewed in the United Kingdom on 24 March 2020
Verified Purchase
Half way through love it
Read more
Report abuse

Nikki
5.0 out of 5 stars “You’re the woman I see in my future. In my forever. I want to wake up to you every morning.”
Reviewed in the United States on 26 February 2020
Verified Purchase
Oh my goodness I absolutely loved Reagan and Drew’s story. This story is one of total heartbreak and then moves onto one of the best love stories I’ve ever read. And i loved it!
Reagan is a young college graduate who 3 years earlier had been violated horribly by someone she trusted. So for her now, men can’t be trusted especially rich and powerful men. When Reagan gets hired by Drew’s mom and gets introduced to him its not exactly love at first sight. She can’t stand him only because he lights a fire inside of her that hasn’t been lit in years. She’s afraid of those feelings so rather than give in to the feelings she builds up walls to keep Drew out. Drew is instantly intrigued by Raegan and makes it his mission to figure her out, to get her to release her walls. It takes time and patience but eventually he wins her heart. He’s completely in love with her and wants to shout it from the rooftops! Finally happiness is within his reach, when his family and friends gather in celebration for them Raegan meets his college buddy...now her nightmare is right in front of her...again. Will Reagan stay in Chicago and fight through her demons with Drew’s help or is she hopelessly going to run yet again?

This was a fantastic book with amazing supporting characters, in fact its good enough that book 2 is coming soon for our enjoyment. I cannot recommend this book enough. It was a great read, kept my interest all the way through....S Moose and CA Harms knocked it out of the park again...
Read more
3 people found this helpful
Report abuse

Nicole M.
5.0 out of 5 stars Wow
Reviewed in the United States on 24 March 2020
Verified Purchase
This was an amazingly, awesome read. I loved this story so much, I read it in one sitting.. The characters were extremely well and I fell in love with almost all of them...you'll know what I mean when you read the book...lol! Drew and Reagan were so perfect together, when you throw in that little Dawson, they were magical. Everything about their story made me happy.
I can not wait to see what comes next!
Read more
Report abuse

Dustie Rice
5.0 out of 5 stars Loved it
Reviewed in the United States on 5 April 2020
Verified Purchase
These authors together are explosive they flow together you can't tell that it had 2 different ones writing it. Drew and Reagan both have pasta that have made them callused but love wins out and they fight thru it all to get the happily ever after can't wait to see what else these authors do in the future.
Read more
Report abuse

Rhonda
5.0 out of 5 stars 5+ PHENOMENAL STARS!!
Reviewed in the United States on 12 October 2017
Verified Purchase
5+ PHENOMENAL STARS!! Wow, this story starts out with a bang and does let go until the last word. Once I started this Book, I could not put it down. The story is phenomenal and will hit all your emotion buttons and then some. Drew and Reagan have issues they are both working through, but you will find yourself pulling for them. These two authors writing styles are like peanut butter and jelly....PERFECTION!! I can't wait to read the next book in this series. I voluntarily reviewed an advance reader copy of this book.
Read more
2 people found this helpful
Report abuse
See all reviews
Back to top
Get to Know Us
Make Money with Us
Let Us Help You
And don't forget:
© 1996-2021, Amazon.com, Inc. or its affiliates