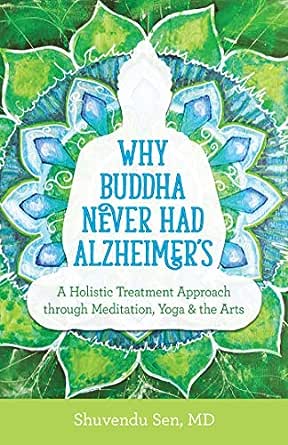 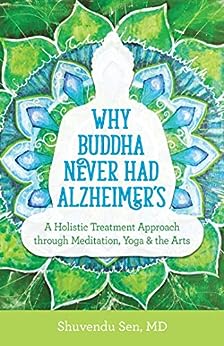 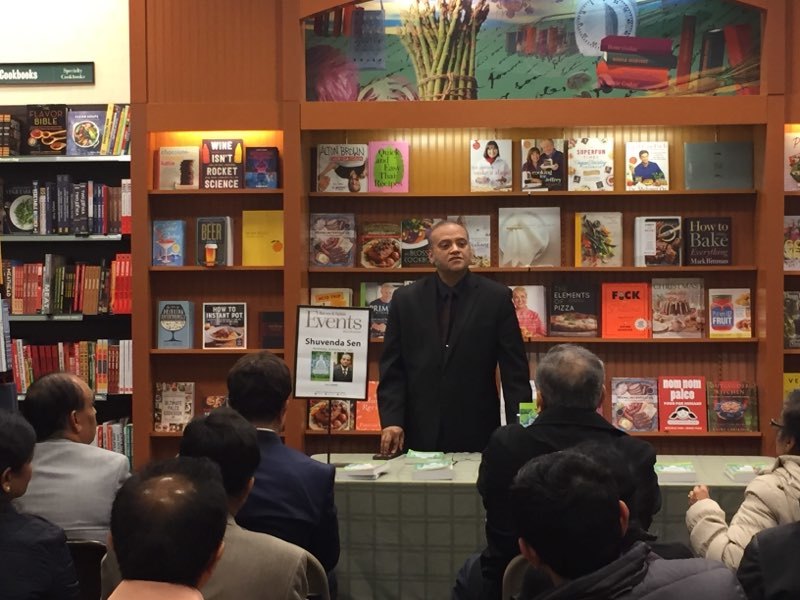 Why Buddha Never Had Alzheimer's: A Holistic Treatment Approach through Meditation, Yoga, and the Arts Kindle Edition

"Dr. Sen's work is an important, provocative contribution to the field of neurology. I commend his book to any who are interested in Alzheimer's disease." —Benjamin Doolittle, MDDirector, Internal Medicine-Pediatrics Residency Program, Yale School of Medicine

"In this thoughtful and far-ranging book, Dr. Sen has raised the intriguing question of whether meditation, yoga, and spirituality could contribute to protecting the brains of our aging population from the ravages of illnesses like Alzheimer's disease. Weaving together history, interviews, the latest scientific literature, and vignettes from his own clinical practice—none more touching than the story of his patient with Alzheimer's disease calmed by his simple act of making her hospital room like home—Dr. Sen suggests that these holistic approaches could help to heal, in the broadest sense, the ills we all may confront. Excellent work!" —John W. Denninger, MD, PhDDirector of Research, Benson-Henry Institute for Mind Body Medicine at Massachusetts General Hospital/Associate Director of the MGH-McLean Adult Psychiatry Residency Training Program/Harvard Medical School

Why Buddha Never Had Alzheimer's has been selected as a 2017 Nautilus Silver Award Winner in the category Religion/Spirituality on Eastern Thought. --This text refers to the paperback edition.

Shuvendu Sen, MD (Long Island, New York), is a nationally and internationally recognized physician, author, speaker, and a humanitarian for over 20 years. He is Director, Medical Education, and Associate Program Director, Internal Medicine Residency Program at Raritan Bay Medical Center, Meridian Hackensack University. He is the author of numerous medical and scientific publications, book chapters and abstracts and is one of the chief editors of a medical text book titled Principles of Clinical Diagnosis. Dr. Sen has been named to America's Best Physicians and has received the Oscar E. Edwards Award from the American College of Physicians, as well as many national and regional awards for research, teaching, and community contribution. Thrice nominated for the Pushcart Prize Award for both fiction and nonfiction works, Dr. Sen is the author of the critically acclaimed book for lay audiences A Doctor's Diary that was selected at the World Book Fair, held in India, in 2016. He serves in advisory capacities in many leadership committees, including the American College of Physicians, the Alzheimer's Association, and Rotary International. Dr. Sen has been featured on PBS and CBS among many other media outlets --This text refers to the paperback edition.

Kronomlo
5.0 out of 5 stars Great mix of science and spirituality
Reviewed in the United States on 5 June 2018
Verified Purchase
The author, Shuvendu Sen, is an M.D. who works in the U.S. and is a strong advocate of meditation and yoga. He cites multiple studies, along with personal experience, on how meditation can affect both the prevention and recovery from early onset alzheimer's. He brings up the very harrowing fact that alzheimer's is a disease that has been occurring more and more frequently in the world, and that it's not currently treatable, at least not effectively. The disease keeps stumping the best researchers the world over, and the costs of treating those affected, along with the number of sufferers, is skyrocketing.

The author goes on to include the equally amazing and beneficial practice of yoga, in its many forms, as also a prevention for alzheimer's and as an overall boost to the health of the individual, mentally, physically, and spiritually. He uses this to segue into the last section of the book to promote the benefits of human interaction, spirituality/religion, and the need for more medical institutions to be more interactive with their patients, especially the doctors.

Though the book got rather technical at times, it's absolutely fascinating and wonderful to hear from a medical doctor who is actively trying to include more "holistic" or "alternative" forms of treatment. Which is a funny point he brought up at the end, which is that these "alternative" treatments like meditation, yoga, or music therapy have been around thousands of years longer than the current "accepted" medical science. But it's also nice to see how modern medical science is really starting to meld with the old ways of treatment.

Tracey Lawrence
5.0 out of 5 stars Mediation Reverses Cognitive Decline
Reviewed in the United States on 30 November 2018
Verified Purchase
The ideas in this book confirm what I have come to understand: leading a healthier life and taking time to mindfully manage stress can prevent cognitive decline. What’s even more wonderful is that the author cites empirical evidence that those practices can also REVERSE cognitive decline. The world needs to know that salvation will not be found in a pill, but in taking greater responsibility and time for reflection in one’s life.
Read more
2 people found this helpful
Report abuse

Dr. Taj Rajkumar
Read more
One person found this helpful
Report abuse
See all reviews
Back to top
Get to Know Us
Make Money with Us
Let Us Help You
And don't forget:
© 1996-2021, Amazon.com, Inc. or its affiliates